NEW YORK, Sep 14 2011 (IPS) - Just 24 hours after Iranian President Mahmoud Ahmadinejad declared that two U.S. hikers who have been detained for nearly two years would be released on bail, the country’s judiciary insisted that the decision remains under review. 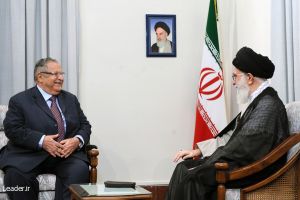 Ahmadinejad made the announcement during an interview with NBC News ahead of his departure from Tehran to New York to attend the United Nations General Assembly.

The pair has spent more than 770 days inside the notorious Evin prison in Iran. Their companion, Sarah Shourd, was released on bail in September 2010 and is now back in the United States.

The Iranian government has accused them of espionage. They were arrested in July 2009 while hiking near the Iran-Iraq border, although no evidence has been made public to support the contention of spying for the U.S.

Massoud Shafiee, a lawyer for the detained U.S. nationals, told ISNA news agency on Tuesday that after appearing before Branch 36 of the Tehran Appeals Court, he was informed that bail orders for Fattal and Bauer have been issued. The amount set was 500,000 dollars, the same as Shourd’s a year ago.

Shafiee said that as soon as the bail money is deposited, his clients would be released.

While 500,000 dollars may seem high, bail for political prisoners such as Abdollah Momeni, a student leader, was set at 800,000 dollars. Ahmad Zeidabadi, a prominent journalist, and Zia Nabavi, a student activist, both were given 500,000-dollar bails for a few days’ furlough.

Some analysts note that despite Ahmadinejad’s repeated claims of the judiciary’s independence, he spoke publicly about Fattal and Bauer’s release before the case judge was apparently even informed of the decision.

It is not yet clear what the appeals court’s decision was in the case of the two hikers, and how the original ruling has changed. If the court has not yet issued its final ruling, the two men will have to remain on Iranian soil until the final verdict is announced.

Therefore, it is likely that after their bails have been posted and they are released, they will have to stay at the Swiss ambassador’s residence, awaiting the final ruling. The Swiss Embassy has represented U.S. interests in Iran since 1979.

Ahmadinejad will deliver a speech at the U.N. General Assembly later this month, and considering the carefully choreographed media blitz he normally has waiting for him in New York, it is unlikely that Fattal and Bauer would be returned to the U.S. before the president heads home to Iran.

On Aug. 20, a lower court sentenced Fattal and Bauer to eight years in prison – five years for espionage and three years for illegal entry into Iranian soil.

“During the trial session, the representative from the prosecutor’s office did not present any evidence or documents showing my clients involved in espionage. Therefore I am astonished with this ruling,” Shafiee told IPS at the time, adding that, “The Appeals Court would most likely overrule the verdict.”

Despite signs that Ahmadinejad may have taken steps to release the two on humanitarian grounds, Shafiee said that the judiciary had long expressed dismay at the prolonged case, telling the lawyer that they had asked Ahmadinejad’s Intelligence Ministry to either present evidence for the charges or to release them.

According to Shafiee, it was such pressure that led to Shourd’s release in September 2010.

Abolghassem Salavati, the lower court judge who sentenced Fattal and Bauer to eight years in prison, is one of the most widely hated Iranian judges. He sentenced hundreds of political activists and journalists to long prison terms after the 2009 disputed presidential election.

He is considered the closest ally of the security apparatus and the Intelligence Ministry inside the judiciary. According to some prisoners, the interrogators and intelligence officers routinely informed detainees of their potential sentences, and Judge Salavati’s rulings would almost invariably deliver the promised sentences.

In the interview, Ahmadienajd said that the hikers are being released on humanitarian grounds, but sceptics believe that Tehran might have received some favours in return.

In May 2010, Heydar Moslehi, Iran’s intelligence minister, hinted that Tehran might be open to a prisoner swap with the United States. On Sep. 7, the director of Iranian Expatriates Affairs at the Foreign Ministry announced that, “Eighty Iranian nationals held in jails abroad were freed in August.”

It remains unclear whether there is any connection between the release of the two hikers and those 80 Iranian prisoners. Washington has repeatedly said that it was not “contemplating any kind of prisoner swap”.

The release of Shourd a year ago was also timed to coincide with the U.N. General Assembly, and eased some of the pressure on Ahmadinejad regarding the hikers and Iran’s worsening human rights record.

The latest announcement appears to be following that same strategy.

“While Iran’s two most prominent political opposition leaders, Mir Hossein Mousavi and Mehdi Karroubi, have remained under house arrest for more than six months, and while hundreds of activists, lawyers, and journalists have been sentenced to years in prison, Ahmadinejad intends to shift the attention from a wide range of wrongdoings against his people and receive a free ride from the U.S. media while he is there through news about the release of the two Americans,” a political activist in Tehran told IPS on condition of anonymity.

“The bad news is that I think the U.S. media will buy it,” he added.

One family member of a political prisoner told IPS, “It seems that Mr. Ahmadinejad’s humanitarian sentiments start working whenever he goes to New York, and this works only for non-Iranians. The question is whether the Americans would have been released if he was not going to America.”