BUENOS AIRES, Sep 12 2011 (IPS) - No matter how progressive laws to promote equality between men and women may be, without budgets with a gender perspective that allocate resources differentially, inequality will persist in Latin America. 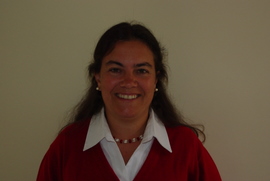 This, in a nutshell, is the idea put forward in this interview with IPS by Raquel Coello, a Spanish economist who until June was the coordinator of the U.N. Women (United Nations Entity for Gender Equality and the Empowerment of Women) Gender Responsive Budgeting (GRB) Programme for Latin America. She continues to advise the agency on the issue.

In Coello’s view, budgets are not neutral, and if they are designed and executed in a gender responsive way they can contribute a great deal to reducing the discrimination still suffered by Latin American women in spite of their countries’ progress in adopting gender equality laws.

International Day of Democracy, declared by the United Nations, will be celebrated Thursday Sept. 15 and the thinking is that democracy in the region will be strengthened and consolidated through initiatives like GRB.

Countries are beginning to take up the challenge, some more than others. In Peru and Ecuador the new perspective has greater chances of prospering because it is led by the Finance Ministries, which hold the purse-strings.

In Argentina and Bolivia, slow and steady progress is being made by local municipalities rather than at national government level. In spite of these differences, all the countries are taking steps in the same direction, Coello said.

Q: Latin America’s democracies are making progress with laws that promote gender equity, and the two largest South American economies (Brazil and Argentina) are governed by women presidents. But women still face concrete problems, like employment discrimination, unequal access to credit or sexist violence. A: It is true that nearly all the countries have plans to promote equality, but there is no mechanism to ensure these policies are put into practice on the ground. This is one of the reasons why the idea of GRB arose.

When a public policy is being drawn up, the impact it will have on men and women must be analysed, because it will affect them in different ways. Budgets are a very important tool for redistribution, and can therefore also be used to redistribute resources equitably between the sexes.

Q: For example? A: When designing an employment policy, it should be taken into account that unemployment is higher among women than among men, and attention should be paid to that difference.

Q: Does this include taking stock of women’s contribution through unremunerated labour? A: Yes, precisely. There is a large amount of unpaid work that is mostly done by women. Society as a whole needs this work to be done, but it should be shared between men and women within the home, and between the state and the private sector by means of public services or day care centres.

Otherwise, we could end up with a fantastic employment programme which excludes many women.

Q: Which Latin American countries have made the most progress in terms of GRB? A: All of the countries have adopted some initiatives. Some have made progress at local level, for instance in (the centre-eastern province of) Rosario, Argentina, where there had previously been marked development of participative budgeting (involving citizens in designing local budgets).

Q: Have any countries made progress at the national level? A: Ecuador and Peru stand out because the GRB process is led by the Finance Ministries, and when budgets are drawn up, the institution that manages the money has the most decision-making power.

These countries have taken steps toward including a gender perspective in the budget, and toward recognising and measuring resources for equity, because budget accounting systems were originally designed for a different kind of monitoring.

Ecuador created a system that differentiates spending destined for gender equality, so that it can be monitored.

Q: And have these changes resulted in a narrower gender gap? A: We have not yet established a correlation between GRB and a fall in gender violence or lower maternal mortality, but the gender-responsive budget process does show that spending on these areas is much lower than what is needed. So, if resources are scarce, priorities will have to be set.

Q: Has Bolivia also made progress in this field? A: Yes. Bolivia approved a law that requires municipalities to allocate resources for gender equity, and women’s organisations have taken the opportunity to put forward proposals at the local level, and to keep a close watch on municipal spending to make sure that this particular budget item is properly executed.

Q: Could some budget allocations for women actually reinforce stereotypes, instead of promoting equity? A: Of course. That is why we prefer not to look at allocations in isolation, because sometimes resource allocations do not contribute to a reduction in the gender gap. For instance, many Latin American social protection programmes transfer income to the poor, and channel the funds through women.

This can help the family, but if the benefit was designed for children, it will not contribute to closing the gender gap.

If, in addition, the cash transfer is conditional on children keeping up on their vaccinations and medical check-ups, the burden of women’s unpaid work is increased. This kind of spending targets women, but does not really benefit them.

In contrast, some types of spending are not earmarked for women, but do encourage equality. For example, campaigns against gender violence or to promote shared responsibility for household chores spend resources on media spots (for the entire population), but benefit women and contribute to reducing inequality.

Q: Returning to our starting point, can it be said that a gender perspective is an essential requirement for true democracy? A: Gender equality is an intrinsic part of development. A society cannot develop if only half of its population is getting ahead. Democracies must ensure a fair redistribution of their resources.

We have a clear picture when we think about the social redistribution of resources. Those who have more, pay more, and tax revenue is used to finance public services and goods for those who have less.

The same principle should be applied to gender redistribution, which must be addressed if we want to live in a democracy where there are equal opportunities for all.