SOUTH AFRICA: In Need of a Unified Climate Change Policy

JOHANNESBURG, Sep 27 2011 (IPS) - The implementation of a unified climate change policy across all of South Africa’s government departments will not be easy as the divisions currently work largely as separate entities, says Greenpeace Africa. 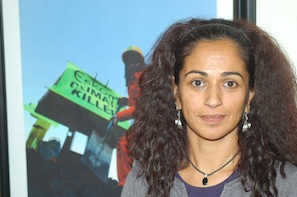 The South African government announced on Sep. 13 that it would beef up its climate policy “to ensure that all government departments responded well to the issue of climate change.”

South Africa will host the 17th United Nations Framework Convention on Climate Change in Durban from Nov. 28 to Dec. 9, which aims to discuss a legally binding climate deal. South Africa is signatory to the Kyoto Protocol, the world’s only international treaty that mandates most industrialised nations to cut greenhouse gases to save the planet from overheating, but is yet to formulate an integrated climate change policy.

South African Minister of Water and Environmental Affairs Edna Molewa says that it is essential that government departments have a “common” strategy on how to respond to global warming.

“It is very important that as we host the Climate Change Conference in Durban, that we as a country start to demonstrate that we are serious about climate change and willing to take the issue forward in terms of policy,” she says. However, the government admitted that details of how this will be implemented were still “sketchy”.

“Given the current rate of gas emissions into the atmosphere,” Sexwale said on Monday, “cities such as Cape Town and New York could vanish in the next 100 years.”

Greenpeace Africa says that currently South Africa’s government departments are pursuing their own goals and any shared policy will have to bridge the divide between them.

“It would be great if they could implement the policy across all the South African government departments,” says Ferrial Adam, a climate and energy campaigner at Greenpeace Africa. “However, it is not the policy that is difficult… Implementing it is very hard.

Adam adds that a common policy could reduce the costs of fighting climate change in South Africa: “It will get rid of a lot of duplication. But it is that kind of co-operation that we need now, as people are still working in silos. Getting them to work together, despite a shared policy, will be very, very difficult.”

She says it is essential that countries have a common policy on climate change across all government departments despite their distinctive focuses.

However, Adam says the South African government needs political will to ensure that policies on climate change are implemented.

“On the one hand (the South African government) says it is implementing shared policy in all of its departments, but on the other hand it is still committed to dirty fuels. You do not know if (the implementation of an integrated policy) is really a commitment.”

Greenpeace Africa argues that modern energy use should be the driving force in developing countries, despite the availability of cheap fossil fuels.

Dr. Peter Johnston, a food production and climate change expert from the Department of Environmental Science at the University of Cape Town, thinks a unified policy on climate change is a good idea.

“Implementation,” he says, “while very difficult, will not be impossible.

“It is, however, critical that the necessary structure is put in place to implement the policy, with the necessary oversight from both inside and outside government… (it) is necessary in the oversight process to bring the necessary specialised skills on climate change to the table.”

Johnston says it is the ideal time to implement a South African plan to fight climate change.

The South African government, meanwhile, will be hosting a series of events during the build-up to the conference to get people involved and educated about climate change. Campaigns will include educational road shows and community meetings in all the nine provinces in the coming weeks.

Greenpeace Africa says it will be part of civil society’s efforts at COP 17 and will participate in a mass march on Dec. 3 in Durban to protest against the lack of action from governments.