UNITED NATIONS, Oct 27 2011 (IPS) - As digital technology begins to spread across classrooms the world over, the United Nations says the next generation of children will be educated far differently from their counterparts in the past. 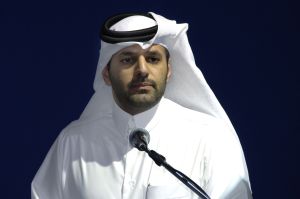 The number of people, including students, with internet access at home has increased from 1.4 billion in 2009 to an estimated 1.6 billion in 2010, according to the latest figures released here.

And the innovative uses of modern technology – including online classes, learning through mobile devices, twitter feeds, video interviews and digital libraries – will be one of the highlights of the three-day summit, Nov. 1-3, in the Qatari capital of Doha next week.

As the demand for modern technologies continues to grow, there is also an increasing call for digital literacy to be recognised by the United Nations as a basic universal human right.

In an interview with IPS U.N. Bureau Chief Thalif Deen, Dr Abdulla bin Ali Al-Thani, chair of the third annual World Innovation Summit for Education (WISE), says one of the primary objectives is to place education at the forefront of the world’s political and social agenda.

Asked if the summit has plans to help the world’s poorer nations bridge the longstanding digital divide with industrial countries, he said digital technologies and digital literacy are central concerns for WISE because they present powerful opportunities – and not only in the developed countries.

“However, I believe the major focus for developing countries should be not only increased access to digital technology (which is growing significantly every year), but also making the most of this technology and finding solutions which meet their needs.”

Q: What are the key innovative ideas on education discussed in the last two summits? And what are the new ideas that need to be explored further in order to advance the cause of education worldwide? A: The aim of WISE is to identify and promote the most innovative solutions to educational challenges. New ideas come out of the summit every year. For example, very concrete contributions came up at the 2010 WISE Summit on funding education by looking at what is being done in other sectors.

Just as governments and industry apply the concept of carbon credits in protecting the environment, we could consider a system of education credits to assist in financing education. Employers who benefit from education could improve funding by giving something back to education.

The WISE Awards (to be announced next week for outstanding worldwide contributions to education) are a mine of innovative ideas which could be replicated and scaled up around the world. The WISE publication entitled “Innovation in Education: Lessons from Pioneers around the World”, which will be launched at the 2011 Summit, will be a very important reference guide to innovation in education. It looks at how innovation happens, focusing on successful initiatives in 14 countries.

It is hard to predict the outcomes of the WISE 2011 Summit and I’m really looking forward to learning about all the fresh new ideas that will emerge this year.

Q: The world’s developing nations still lag far behind developed countries in digital technology and digital literacy. What is WISE’s contributory role in helping bridge this gap? A: At WISE, we highlight the most outstanding ideas and projects and share them with as many countries as possible. Often the very best ideas come from countries which are experiencing difficulties, and they can often be an inspiration to others. The WISE Awards have been doing this since 2009, particularly in the field of digital technology.

For instance, the Distance Learning in the Amazon Forest project was recognised with a WISE Award in 2009. For those isolated communities of the Amazonian rainforests in Brazil, the nearest school can be several hours away, so going to school in the conventional sense is practically impossible.

BBC Janala, which is a WISE Award winner this year, enables millions of people in Bangladesh to learn English in a simple and affordable way using mobile phones. At a cost of just 50 paisa (0.004 UK pence) per minute, BBC Janala provides daily three-minute audio lessons via an interactive voice response service.

As of September 2011, more than 15 million calls had been made to the BBC Janala mobile service and more than 250,000 English audio lessons had been downloaded from the mobile Internet site.

The third day of the Summit will be dedicated to designing the future of education and several sessions will address mobile learning, e- learning and collaborative platforms, with a specific focus on developing countries.

Q: What role will the summit play in helping achieve progress towards the U.N.’s eight Millennium Development Goals (MDGs), one of which is universal primary education for all by 2015? A: Achieving universal primary education for all is a key challenge that WISE supports and Her Highness Sheikha Moza bint Nasser, chairperson of the Qatar Foundation, is personally involved as a member of the MDG Advocacy Group.

Of course, we are running out of time. However, this is precisely the right moment for an initiative such as WISE to help accelerate change and promote best practices that have proven their effectiveness. To give you an idea of WISE’s contribution to the achievement of these goals, let me tell you about two other outstanding WISE Awards winners.

“Rewrite the Future”, which was celebrated by WISE in 2010, reaches out to children living in zones affected by armed conflict and political instability. These areas often have extremely high absence rates among schoolchildren. By bringing education to them, the project has managed to get 1.4 million children back into school.

The Citizens Foundation (TCF), which was also a 2010 WISE Awards winner, recently reached the landmark of educating 102,000 deserving girls and boys across Pakistan. According to UNESCOs “Education for All Global Monitoring Report” (2007), 6.5 million children in Pakistan are deprived of education.

Since it was founded, TCF has run a professionally managed network of 730 purpose-built schools in the poorest rural areas and most neglected urban slums of Pakistan. TCFs mission is to promote high- quality education on a mass scale and in an environment that encourages intellectual, moral and spiritual growth, at primary and secondary levels. TCFs long-term goal is to build 1,000 schools in Pakistan.