CHANGWON, Oct 19 2011 (IPS) - Delegates to the United Nations Convention to Combat Desertification’s (UNCCD) meeting underway in this South Korean city are convinced that women, though affected most by desertification, hold the key to addressing hunger through land regeneration. 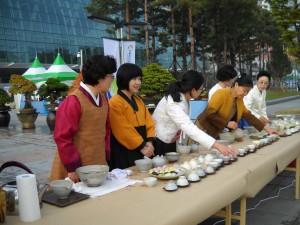 But, walking the talk is another matter. Drafts of the Changwon Initiative do not mention gender, but focus on the private sector, says Patrice Burger, director of the French civil society organisation (CSO) Centre d’ Actions et de Realisations Internationales.

The Changwon Initiative by the Republic of Korea, which is the president of 10th conference of the parties (COP 10) to the UNCCD is expected to incorporate decisions taken at the Oct. 10 -21 meeting and mobilise stakeholder participation and resources.

“Women are increasingly engaged in managing the family farm in the drylands, as men migrate out for work,” says Dennis Garrity, drylands ambassador-designate to the UNCCD and outgoing director-general of the World Agro-forestry Centre.

“Encouraging the involvement of more women to participate vigorously in all aspects of drylands development is absolutely critical to the success of all future actions to end hunger through land regeneration,” Garrity told IPS.

“Gender is at the core of the three Rio Conventions on Biodiversity, Climate Change, and Desertification,” notes UNCCD executive secretary Luc Gnacadja.

“Women are the ones who manage both farm and family when men in rural areas migrate due to underproductive farms and they are the last people to leave homes, when migration becomes inevitable.

“Ninety percent of those worst affected by desertification, land degradation and drought (DLDD) are women and children,” Gnacadja said.

“Realising this huge impact of land degradation on women, and even though the Convention has been in place since 1997, no substantive gender-focused work can be seen on the ground,” Eva Marie Vicente of the Madrid-based Institute for Promoting and Support Development (IPADE Foundation), which works for women’s empowerment, told IPS. 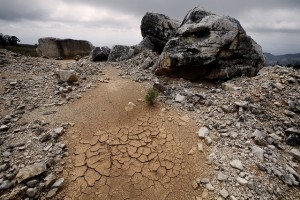 “Till now, women are not involved in much decision making; capacity building to tackle land degradation related calamities is as bad,” said Vicente. “Where are the specific indicators that measure increase in women’s involvement and awareness in DLDD?”

“Women, especially in indigenous communities, have differentiated knowledge about resources that could make significant contributions to desertification combating policies and action,” Vincente urges. “These need be documented before they are lost forever.”

Vincente and Burger reflect the dissatisfaction of the 60 CSOs attending the COP 10 over progress made in implementing gender mainstreaming by UNCCD.

Maria Bivol, project coordinator of BIOS, a CSO based in the Republic of Moldova, told IPS that women could become better managers of DLDD if trained and given access to knowledge, training and funds.

Bivol cites a 2011 U.N. sponsored study on women in agriculture by the non-profits AGREX and BIOS which showed that bank loans by male managers of agricultural companies and farms are four times larger than those taken by female managers. However, profits gained by the men are only 1.3 times higher.

“This means that women are better agro-managers with smaller funds, but constitute only about 20 percent of farm owners in Moldova,” Bivol said.

“Socio-cultural factors that exclude women from decision-making reflect in one rural meeting in Tartaul de Salcie that I attended which had only five women in a total of 255 participants. Of 900 communities in Moldova, only 16 percent have women mayors. Gender mainstreaming in DLDD programmes means these cultural conditions must change,” Bivol points out.

While each country and even provinces require a contextualised framework, the situation is similar in most developing countries.

The Food and Agriculture Organisation (FAO) in its ‘State of Food and Agriculture, 2011’ report says that in every part of the world women face gender-specific constraints that reduce their productivity and limit their contribution to production, economic growth and the well-being of their families.

In the light of the importance of the role of women in efforts to combat desertification, the International Union for Conservation of Nature (IUCN) gender office has teamed up with the secretariat of the UNCCD mid-2011 to develop a Gender Policy Framework (GPF) for the UNCCD and its secretariat.

The GPF substantiates the gender neglect critique by the CSOs of UNCCD at COP10. “Although the text of the Convention explicitly calls for recognising the importance of gender in efforts to combat desertification, to date this remains only marginally acknowledged,” the GPF says.

The GPF underscores rather strongly that gender concerns need to be integrated fully in secretariat work plans.

Among other recommendations, the GPF says, “it is crucial to establish a set of institutional procedures (guidelines) to allow effective gender screening of policies, projects, initiatives, training packages and communication materials produced under the Convention.”