UNITED NATIONS, Oct 25 2011 (IPS) - Arguing that an educated population is a country’s greatest wealth, the U.N. Educational, Scientific and Cultural Organisation (UNESCO) says there is no escape from poverty without a vast expansion of secondary education worldwide. 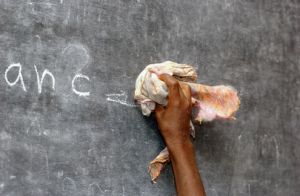 “This is a minimum entitlement for equipping youth with the knowledge and skills they need to secure decent livelihoods in today’s globalised world,” UNESCO Director-General Irina Bokova said at the launch of the new study on the inequalities of education globally.

“It is going to take ambition and commitment to meet this challenge. But it is the only path towards prosperity,” she cautioned.

Two out of three children in Africa are left out of secondary schools, and governments are struggling to meet the rising demand for secondary education, especially in sub-Saharan Africa, where there are enough places for just 36 percent of children of school age to enroll.

Girls face the greatest barriers, as the gender gap widens across the region, according to the 2011 Global Education Digest published by the UNESCO Institute for Statistics, and released Tuesday.

Susan Durston, global chief of education at the U.N. children’s agency UNICEF, told IPS that although a number of countries in the African region have made considerable progress in meeting education goals, disparities within countries persist, making this progress inequitable.

Among the measures UNICEF is currently focusing on to overcome this situation, she pointed out, are allocating more resources to education programmes at the community and village level.

She said UNICEF was also working to create a child-friendly atmosphere for children to get a quality education in a safe and healthy environment, to develop relevant approaches for adolescents, and promote a quality and professional teacher force.

“These measures are part of UNICEF’s efforts to sharpen its focus on equity, so that all children, particularly those who suffer the highest level of deprivation in a society, can have access to a quality education,” said Durston.

The UNESCO study says about one-third of the world’s children live in countries where lower secondary education is formally considered to be compulsory but the laws are not respected.

“We need to translate the commitment into reality,” it says.

But this will entail considerable amounts of new financial and human resources because secondary education costs more than primary education, mostly because of the need for teachers trained to provide subject-specific instruction, according to the study.

In many developing countries, the families of students are often shouldering the burden of these higher costs.

Households in sub-Saharan Africa are making significant investments in their children’s education by contributing the equivalent of 49 percent and 44 percent of total spending on lower and upper secondary education, respectively.

In Latin America and the Caribbean, as well as in East Asia and the Pacific, household contributions to both levels of secondary education range from 25 percent to 41 percent, on average.

In contrast, the families of students in North America and Western Europe provide just seven percent of total spending on secondary education, according to the study.

Globally, secondary schools have been accommodating almost 100 million more students each decade, with the total number growing by 60 percent between 1990 and 2009. With increasing numbers of children attending and completing primary level education, demand for places in secondary education has increased exponentially, the study said.

Jean Pruitt of the Global Network of Religions for Children (GNRC), a worldwide inter-faith movement, told IPS the state of primary education is equally dismal in some parts of Africa.

She cannot speak for Africa, she said, but she can speak for Tanzania, where she has been an advocate of children’s rights for the last 42 years.

“The World Bank stopped universal primary education some 15 years ago as part of its cost-cutting strategic plan. Now they are giving grants,” she said.

“Now the government has primary education but no teachers, even if it is building schools,” said Pruitt, a Maryknoll sister who has been living in Tanzania since 1969 defending children’s rights in that East African nation.

Asked what could be done to remedy the situation, she said that non- governmental organisations (NGOs) have an important role to play.

More NGOs like Twaweza could be supported, together with Haki Elimu, which is trying to get the grassroots aware of the corruption of funds designated for primary schools.

“I am sure corruption is also part of the problem everywhere in Africa,” she said.

Population explosion also needs to be addressed, because in a country like Tanzania, half of the population is under 18 years of age.

“That is also most likely true of most African countries. With this sort of population explosion, there is no way primary education can be made available,” Pruitt said, adding that family planning needs to be addressed in a major way.