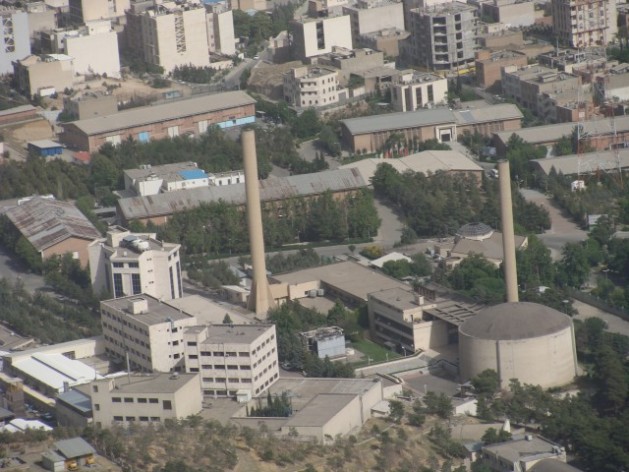 WASHINGTON, Dec 9 2011 (IPS) - The chairman of the Joint Chiefs of Staff, Gen. Martin Dempsey, said Friday that he believes that sanctions and diplomacy are the right strategy to deal with Iran’s nuclear programme and that the United States “is doing everything we can to accomplish the stated objective without resorting to military force”.

Dempsey, speaking at a forum organised by the Atlantic Council, a Washington think tank, was asked if he agreed with remarks last week by Defence Secretary Leon Panetta that a massive attack on Iran’s nuclear installations would retard the programme only briefly and that other measures were preferable to a new war in the Middle East.

“I do,” Dempsey said emphatically.

Panetta has been criticised by Iran hawks for emphasising the negative consequences of a war against Iran. The Washington Post editorialised Friday that Panetta should have kept his reservations private because “the more Iran worries about a military attack, the more likely it is to scale back its nuclear activity.”

However, Daryl Kimball, executive director of the Arms Control Association, said “there is far more evidence to suggest that overt threats of military strikes and regime change are counterproductive because they strengthen the position of Iranian hardliners who want to keep pursuing the capability to build nuclear weapons.”

While the Barack Obama administration appears reluctant to mount a large-scale attack on Iran, a string of recent incidents – such as explosions at Iranian military facilities and the loss of a U.S. drone over Iran – suggest that the United States and Israel, independently and at times together, are carrying out a variety of covert actions that include attacks on individual installations, cyber warfare, assassination of Iranian scientists, and extensive surveillance to uncover any clandestine nuclear facilities.

A sophisticated U.S. RQ-170 drone went missing near the Iran-Afghan border last week and is similar to the one used to spy on Osama bin Laden’s compound in Pakistan. The loss of the drone appeared to be both an intelligence and a propaganda coup for Tehran.

Iranian ambassador to the United Nations Mohammad Khazaee, in a letter Thursday to U.N. Secretary General Ban Ki-moon, described the drone’s operation as a “blatant and unprovoked air violation by the United States Government (that) is tantamount to an act of hostility against the Islamic Republic of Iran in clear contravention of international law, in particular, the basic tenets of the United Nations.”

Khazaee added that the drone had penetrated 250 kilometres into Iran to the northeastern city of Tabas, “where it faced prompt and forceful action by the Armed Forces of the Islamic Republic of Iran”.

It remains unclear whether Iran brought down the drone or whether it came down on its own because of a technical failure. Iranian authorities showed the craft on state television Thursday and its hull was largely intact.

The Obama administration is combining such covert activities with ever-tightening economic sanctions that are making it more difficult for Iran to receive payment for its oil exports in hard currency. Sensitive to charges from Republican presidential contenders that he is somehow soft on Iran, Obama told reporters Thursday that “this administration has systematically imposed the toughest sanctions on … Iran ever.”

However, the Obama administration is resisting Congressional efforts to impose even more drastic measures that would threaten foreign banks that do business with Iran’s Central Bank with banishment from the U.S. – and thus the global – financial system.

Obama administration officials negotiated this week with Congress to try to water down an amendment to a defence bill by Senators Mark Kirk and Bob Menendez that passed the Senate unanimously last week.

According to Josh Rogin of Foreign Policy magazine, the administration is seeking a six-month delay in implementing the sanctions and a reduction in penalties on foreign banks that do not abide by the new measures. However, election year politics are intruding in unhelpful ways.

Rep. Howard Berman, who is battling another Democrat, Brad Sherman, to represent a newly merged California district, suggested an amendment that would reduce the time given for implementation of the Central Bank sanctions from six months to four months. A final bill is expected to emerge from a conference committee next week.

U.S. officials have described their strategy against Iran as having two tracks – one coercive, the other involving diplomatic engagement. However, there have been no U.S. talks with Iran since January.

Iran experts fear that that a pattern of tit-for-tat actions, such as the attack by regime thugs on the British Embassy in Tehran last month, will escalate into a broader confrontation that the region and the global economy can ill afford. There is particular concern about the possibility for clashes between U.S. and Iranian vessels in the crowded waters of the Persian Gulf.

Asked by IPS Thursday if the Obama administration was considering seeking talks with Iran’s military to craft an incidents at sea agreement or establish a hotline for use in the event of such a crisis, Dempsey said, “We have discussed this but have not come to a decision about opening up links or a hotline to seek an option to de- escalate any incident. It’s not our behaviour that’s the impediment to progress here.”