Only Civil Society Can Save Rio+20, Say Activists

RIO DE JANEIRO, Jan 24 2012 (IPS) - Large-scale social mobilisation, including street protests and parallel activities, is the only thing can save the United Nations Conference on Sustainable Development (Rio+20) from ending in nothing but frustration, according to activists and analysts. 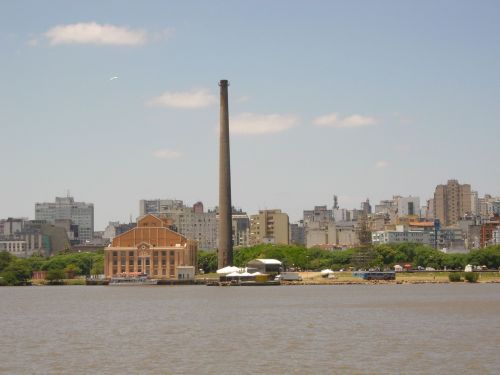 Environmental activists from around the world will be gathering in Porto Alegre this month. Credit: Clarinha Glock/IPS

A repeat of the failure of recent conferences to negotiate an international climate change pact seems inevitable, said Cândido Grzybowski, the director general of the Brazilian Institute of Social and Economic Analysis (IBASE) and one of the founders of the World Social Forum, the largest global civil society gathering.

Grzybowski based his pessimistic outlook on a number of factors. Chief among them is the economic/financial crisis in the wealthy nations, combined with the fact that this a year of elections in many of them, including France and the United States, moving international commitments to the bottom of their leaders’ agendas. He also blamed what he calls the limited convening power of Brazilian President Dilma Rousseff, particularly when it comes to environmental issues.

Only strong pressure from civil society as a “unified voice” at parallel events to Rio+20 can potentially force clearer commitments out of the world’s governments to tackle global imbalances, beginning with “financial hegemony”, Grzybowski told Tierramérica.

The Thematic Social Forum taking place Jan. 24-29 in the southern Brazilian city of Porto Alegre will bring together representatives of social movements and organisations from around the world to prepare for their participation in the UN summit to be held Jun. 20-22 in Rio de Janeiro.

The meeting in Porto Alegre is one of the many local forums or gatherings addressing a specific theme that are linked to the World Social Forum (WSF) and take place in even-numbered years. The WSF itself is now held every two years.

However, according to Eduardo Viola, a professor at the University of Brasilia who studies the consequences of climate change on international relations, the WSF movement has lost strength and will be unable to attract the numbers needed for a march that could make Rio+20 more than a “mega-meeting” devoted exclusively to declarations and have a “major impact on Brazil” in terms of environmental awareness.

Bringing together “a million demonstrators on the streets” is a “rather unlikely but not impossible” feat that could revive the impact of the original 1992 Earth Summit in Rio de Janeiro, which first brought environmental issues to the attention of the Brazilian public in a major way, Viola commented to Tierramérica.

He sees little chance of the Rio summit making a significant impact internationally, however. It will be a largely “reiterative” conference with “diffuse” objectives, at a time of “enormous international impasses,” he said.

But civil society actions must not be limited to Rio de Janeiro, say activists. The Brazilian Forum of NGOs and Social Movements for the Environment and Development (FBOMS) is planning to promote demonstrations in many other cities around the world, with the aid of the internet and social networks.

“Rio has global significance,” and a great deal of successful experience has been accumulated in the organisation of large mobilisations through social networks, stressed FBOMS activist Ruben Born.

The Thematic Social Forum in Porto Alegre will help to coordinate these initiatives, with the participation of representatives of civil society movements like the Indignados (Indignant) movement in Spain and the Occupy movement in the United States, Born told Tierramérica.

Civil society attendance at Rio+20 is to be facilitated by the Brazilian government, which is reportedly interested in promoting strong “popular” participation at least, given the likely absence of heads of state and government at the conference’s official activities.

The People’s Summit, a parallel event to Rio+20 being held Jun. 15- 23, will bring together three times the number of participants in the intergovernmental conference, according to observers. Its slogan, like that of the Thematic Social Forum this month, is “Social and Environmental Justice”.

“To propose a new way of life, in solidarity, against the commodification of nature and in defense of the commons” is the objective of the summit, according to the Brazilian Civil Society Facilitating Committee for Rio+20, which is organizing this major international event.

The People’s Summit aims to build a Permanent People’s Assembly with the goal of “reinventing the world” through the convergence of the different struggles against capitalism, class divisions, racism, patriarchy and homophobia. It is highly critical of the agenda of the official conference, which focuses on the so-called green economy and a global institutional framework.

But these views do not enjoy a consensus of support from civil society. Born, who is also the founder of Vitae Civilis, a non- governmental group active in climate-related issues, highlighted the ideological discrepancies with those who consider environmental initiatives that do not begin with the overthrow of capitalism to be “false solutions”.

Grzybowski stressed the divergence of focus between those who place priority on environmental or social justice, categorising his organisation, IBASE, among the latter.

Chico Whitaker, another World Social Forum founder and radical defender of its egalitarian and participatory principles, was critical of the name chosen for the parallel event: “People’s Summit” maintains a traditional hierarchical vision as opposed to the horizontal structure defended by the WSF from its very inception, he said.

But all of them concur in their rejection of the current world order, described as the “large-scale production industrial model” by Whitaker, as capitalism by the members of the Civil Society Facilitating Committee, and as financial hegemony by Grzybowski, who also attacked such current world “disorders” as transporting millions of tons of Brazilian iron ore to Asia and then bringing it back in the form of steel.

And they are all critical of the official Rio+20 conference itself and the recently released “zero draft” meant to serve as a starting point for a final declaration, because they believe it evades the real challenges.

The whole format of big United Nations summits is no longer viable, said Viola. It is impossible for over 190 countries with “different perceptions of vulnerability” and divergent interests to reach a consensus on climate issues, he explained.

In the meantime, indigenous activists plan to express their cultural and ethnic identity at Rio+20 by calling on their counterparts around the world to participate in the Carioca Village to be set up in Rio de Janeiro.

Around 350 indigenous representatives from different regions of Brazil and 700 from abroad will gather in four “ocas” (traditional houses), one of which will be used for plenary meetings, while another will be equipped for videoconferencing with indigenous peoples in other countries and continents, Marcos Terena told Tierramérica. Terena is one of the organisers of indigenous participation at Rio+20, reprising a role he played 20 years ago at the Earth Summit.