WASHINGTON, Jan 31 2012 (IPS) - After the climate change negotiations in Durban, South Africa in December, there is space to continue advancing in the short and medium term. Now the attention of Latin America and the rest of the world is turned towards the United Nations Conference on Sustainable Development taking place this June in Rio de Janeiro. 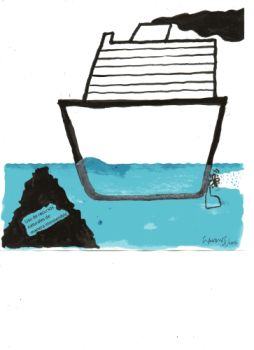 In Durban, delegates from 194 countries agreed to develop a new global climate pact by 2015, which would enter into force in 2020.

Substantial agreements were also hammered out in two other areas critical for progress in combating climate change: a new period of commitments under the Kyoto Protocol, and specific steps in the creation of the Green Climate Fund.

Greater attention was paid to combined measures for climate change mitigation and adaptation in agriculture, in addition to progress in technical discussions on forest protection programs in the context of the climate.

In Durban the international community also recognized the urgent need to do more to reduce greenhouse gas emissions, keep the increase in global average temperature below two degrees, and help developing countries adapt to the inevitable effects of climate change.

This June in Rio de Janeiro, delegates will address the protection of the environment as part of the development process. The conference is better known as Rio+20, because it is taking place two decades after a similar summit where participating countries first adopted the concept of sustainable development as the only way to build a more just and viable world.

The world is moving dangerously close to the limits of the unsustainable use of natural resources, and we could reach a point from which there is no turning back. These issues impact on quality of life and the struggle that still must be waged against poverty and inequality, especially in Latin America and the Caribbean.

Despite the fact that Latin America produces relatively clean energy in most of its countries, and proportionally contributes substantially less than other regions to climate change, it is one of the regions most severely affected by the consequences of climate change.

Numerous countries in the region have demonstrated great leadership by example to become part of the global solution that must lead the world towards a low-carbon development path.

Brazil has unilaterally committed to ambitious voluntary targets aimed at reducing its emissions by 39 percent by the year 2020. Other Latin American countries have also made voluntary commitments, including Chile, Colombia, Costa Rica and Mexico.

Worldwide, 90 countries have registered mitigation plans for 2020 with the United Nations Framework Convention on Climate Change, and 78 of these are developing countries.

According to the World Bank study “Low-Carbon Development: Latin American Responses to Climate Change”, Latin America contributes only six percent of global greenhouse gas emissions from the energy sector, and 13 percent of all global emissions if we include deforestation and land use change.

This relatively low level of emissions is largely due to widespread use of hydroelectric power.

However, this situation is expected to change over the next 25 years as the transportation and industry sectors expand.

For example, if current trends are maintained, carbon dioxide (CO2) emissions from energy consumption are projected to increase by 33 percent per capita in the region by 2030, a greater increase than the projected global average of 24 percent.

These trends represent a challenge for Latin America in its search for sustainable development through greener and more equitable growth.

Many of the measures that could be considered as steps on the road to green economic growth also have significant local environmental and social benefits:

The next decade will bring great opportunities for synergy between environmental and economic sustainability. For example, developing countries can adopt a “green” attitude in their new investments in infrastructure, as well as developing agriculture and other natural resources so as to improve livelihoods, create jobs and reduce poverty.

The agreement reached in Durban represents a step forward, but tough negotiations towards a global commitment lie ahead in the next few years.

In the meantime, we must continue to move forward in the implementation of programs with local and global benefits, projects that demonstrate the best ways to adapt to the climate changes of the future and the climate disasters of today, and technological and institutional innovations that promote green and inclusive growth.

* Ede Ijjasz-Vásquez is the World Bank director of sustainable development for Latin America and the Caribbean.