Rio+20: The Moment When Everything Changed? 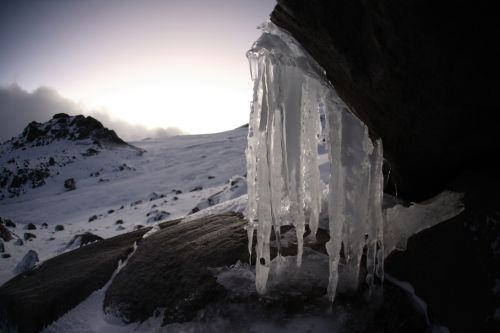 “We’re facing a planetary emergency,” said Owen Gaffney of the International Geosphere-Biosphere Programme based in Stockholm.

“We need to have a ‘constitutional moment’ in world politics, akin to the major transformative shift in governance after 1945 that led to the establishment of the United Nations and numerous other international organisations,” said Frank Biermann of VU University Amsterdam and director of the Earth System Governance Project.

Those challenges include, but are not limited to, increasing poverty, food, water and energy security, the financial crisis, climate change, ocean acidification, the loss of biodiversity. All of these challenges and their solutions are interconnected.

Normally, the complex, mutually dependent systems of the Earth can self-correct and are remarkably stable. However, they can reach thresholds or tipping points and then unexpectedly and abruptly shift, Gaffney said in an interview.

“We need only recall how the U.S. sub-prime mortgage crisis nearly collapsed the global financial system,” he said.

The upcoming Rio+20 conference on sustainable development needs to be the moment in human history when the nations of the world come together to find ways to ensure “the very survival of humanity”, he said.

There have been a lot of changes since the 1992 Rio meeting that is also known as the Earth Summit. More than 90 percent of world’s seven billion people now have access to mobile phones, and one-third has access to the internet, Gaffney said. Since 1992, civil society organszations have spread all over the world and become a global force.

“These are very profound differences from 1992. Today more and more people think of themselves as ‘global or planetary citizens’,” he said.

Prior to Rio+20, the world’s scientific community will provide a comprehensive “state of the planet” assessment at the “Planet Under Pressure” conference in London Mar. 26-29. Nearly 3,000 experts from around the world will provide a vital report card on the health and threats to the Earth and, for the first time, make comprehensive recommendations on what must be done to avoid disaster.

One of the first things a maturing human community must do is solve its international governance problems. Nearly 20 years of international climate change negotiations have failed to lead to significant reductions in emissions of climate-disrupting greenhouse gases. Preventing dangerous climate change requires urgent action this decade, scientists have warned.

Climate negotiations are just one example among many. Thirty of the leading experts on international governance are unanimous regarding the failure of the current United Nations approach of one country, one vote and the requirement of consensus before taking action or making significant decisions, said Biermann.

“One country can hold the entire world hostage,” he said.

The Montreal Protocol to protect the ozone layer is considered the world’s most successful environmental treaty. It doesn’t use the traditional U.N. system. Decisions are made only when the majority of the industrialised nations and a majority of developing nations agree.

The U.N. climate negotiations need to change to some kind of majority system based on “qualified voting”, Biermann said. “My personal suggestion is for countries in the G20 to receive 50 percent of the votes, other countries have 25 percent, with the other 25 percent for civil society organisations.”

Climate is just one of “planetary boundaries” humanity is ignoring at its peril, the Planet Under Pressure conference will document. Another is the ongoing decline of biodiversity, where so many plants and animals are going extinct that the Earth’s living systems on which humanity depends are unraveling.

Fresh water is another planetary boundary humanity is pushing up against. Water is a limited resource, but water use has increased six-fold in the past century. In many places the quality of water resources has been degraded at a time when there is a pressing need for ever more water as economies and populations grow.

In 2010, the International Council for Science (ICUS) warned that “the continued functioning of the Earth system as we know it is at risk.” The ICUS was founded in 1931 and is a coalition of the national scientific bodies and international scientific unions from 141 countries. The organisation is the chief sponsor of the Planet Under Pressure meeting.

“Societies must change course to steer away from critical tipping points that lead to rapid and irreversible change. The international governance system must change,” said Biermann

Transforming international governance will be challenging since nation-states are almost entirely concerned with their own short-term interests, he acknowledges. However, countries give up some of their power when they join the World Trade Organisation.

“We ought to be able to do this for the protection of the planet and act as a community of nations,” he said.