U.S.: Worries Mount over Blowback of Israeli Attack on Iran 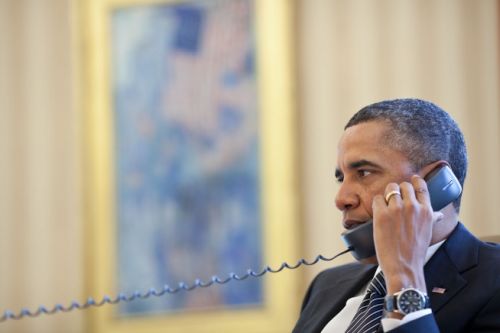 WASHINGTON, Jan 18 2012 (IPS) - A former senior adviser on the Middle East to the last four U.S. presidents says that “the negatives far outweigh the positives” of war with Iran and the United States should augment Israel’s nuclear weapons delivery systems to dissuade it from attacking the Islamic Republic.

Bruce Riedel, who served on the White House National Security Council and dealt extensively with both Israel and Iran, told an audience Tuesday at the Atlantic Council, a Washington-based think tank, that while an Iran with nuclear weapons would be a significant strategic setback for the United States and Israel, deterrence and containment were preferable to military force.

He criticised those, including all but one Republican presidential candidate, who discuss an attack on Iran’s nuclear installations as though it would be “over in an afternoon or a couple of weeks”.

“I don’t use the term ‘military strike,’ ” Riedel said. “We will be at war with Iran. Once we begin it, the determination of when it ends will not be a unilateral one… This could become another ground war in Asia.”

The global economy would suffer a huge blow from spiking oil prices, and U.S. personnel in Iraq and Afghanistan would be likely targets of Iranian retaliation, Riedel said.

The consequences would be especially dire for Afghanistan because Iran could become a second sanctuary, after Pakistan, for Taliban militants. In that event, “the chances of success in Afghanistan on the timeline the (Barack Obama) administration has laid out is virtually nil,” he said.

While the U.S. military and intelligence establishment appears solidly against a war with Iran, Israel’s attitude has been ambivalent. A major concern for U.S. policymakers is that Israel might attack Iran without giving the United States warning – and thus the opportunity to try to veto the action.

Gen. Martin Dempsey, chairman of the Joint Chiefs of Staff, said in December that this was a possibility. Dempsey was due in Israel Thursday for discussions about Iran.

The U.S. and Israel were to have staged this spring a massive new joint manoeuvre to practice intercepting incoming missiles, Austere Challenge 12, but have put off the exercise. Israeli Defence Minister Ehud Barak Wednesday said he had asked for the delay, but it is also possible that the Obama administration made the decision to convey U.S. displeasure over Israel’s more aggressive posture toward Iran.

Michael Eisenstadt, a specialist on Iran and nuclear proliferation at the Washington Institute for Near East Policy, told the Atlantic Council session Tuesday that while a war is risky, so is a policy of containment and deterrence when it comes to Iran.

Both men predicted that 2012 would be “the year of decision for Israel” on Iran, as Iran steadily amasses enriched uranium and moves enrichment into a hardened site at Fordow near Qom.

At the same time, Eisenstadt suggested Iran might be dissuaded from building nuclear weapons by continuing a covert campaign that includes assassinations of Iranian scientists and sabotage of centrifuge parts and computers.

These actions, he said, have shown Iran that its programme has been penetrated by foreign intelligence and that Iran would have a hard time building a nuclear weapon without being caught.

Eisenstadt said the U.S. would have to strike a “delicate balance”, keeping pressure on Iran but not pushing Tehran so hard that it decides to break out and rush to build nuclear weapons. He conceded that Israel might take unilateral action against Iran despite U.S. opposition, noting that “it’s easier to ask for forgiveness than permission.”

Riedel said that a nuclear-armed Iran would not be an existential threat to Israel as some Israelis have claimed and that the balance of power would “remain overwhelmingly in Israel’s favour” even if Iran acquired nuclear weapons.

Israel, he noted, not only has “the finest conventional military in the Middle East” but has had nuclear weapons since at least the late 1960s and is believed to possess more than 100 bombs. It also has delivery systems from three countries – the Jericho from France, U.S. F-15’s and Dolphin submarines from Germany.

Israel neither confirms nor denies that it has nuclear weapons – a policy of opacity that may have outlived its usefulness.

To reassure Israel that it could deter a nuclear Iran, the United States should enhance Israel’s naval and submarine capabilities, Riedel said. This would “ensure that the balance of terror is overwhelmingly in Israel’s favour.”

The comments by the two men added to the growing debate here over what to do about Iran’s nuclear programme, which Western and Israeli officials contend is designed to build a nuclear weapon.

If the current strategy of ever-tougher economic sanctions and sabotage fails to halt the programme in the near future, all but one of the Republican presidential candidates, among others, have called on the administration to prepare military strikes against Tehran’s nuclear facilities or, in any case, stand with Israel if it decided to carry out an attack.

Last week, Republican Sen. Lindsay Graham and Independent Democratic Sen. Joe Lieberman announced they will introduce a resolution to put the Senate on record as ruling out a strategy of containment against a nuclear-armed Iran which they said would be “catastrophic mistake” on Washington’s part.

While the Obama administration has repeatedly called Iran’s acquisition of a nuclear weapon “unacceptable”, senior officials, including Dempsey and his boss, Leon Panetta, have also stressed the potential downsides of a U.S. or Israeli military attack on Iran.

In his remarks Tuesday, Riedel called the Graham-Lieberman approach “stupid”.

*Barbara Slavin is a senior fellow at The Atlantic Council and moderated Tuesday’s discussion.