WASHINGTON, Feb 2 2012 (IPS) - U.S. Defence Secretary Leon Panetta’s surprise announcement Wednesday that U.S. troops will phase out their combat role in Afghanistan by mid-2013 is drawing mixed reactions, as well as a fair bit of confusion, from both critics and supporters of the 11-year-old war here. 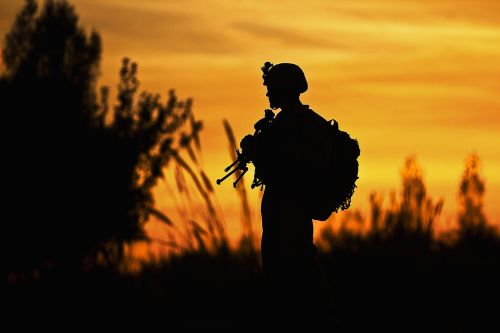 The frontrunner for the Republican presidential nomination, Mitt Romney, called the decision “misguided” and “naïve”. Neo- conservatives and other hawks charged that it was politically motivated and would result in the return of the Taliban to Kabul little more than a decade after a U.S-coordinated military campaign chased their leadership into Pakistan.

“Only in some alternative universe is this a winning strategy,” complained Max Boot, a neo-conservative military analyst at the Council on Foreign Relations (CFR). “In the world we actually inhabit it is a recipe for a slow-motion – or maybe not so slow – catastrophe.”

But the war’s critics, many of whom were deeply disappointed by President Barack Obama’s decision shortly after taking office in 2009 to send substantially more troops to Afghanistan, cheered Panetta’s announcement.

“This is good news,” said Matthew Hoh, a former Marine officer and State Department adviser in Afghanistan who until recently directed the Afghanistan Study Group here. “What we’ve needed to do for some time is to transition from a belligerent in the conflict to a mediator focused on facilitating an inclusive political settlement. This appears intended to do that.”

Whether that was indeed the intention remained unclear Thursday, however, as the senior officials here insisted that Panetta’s announcement did not signal a major shift in U.S. or NATO strategy which had set the deadline for all security tasks to be transferred to Afghan forces by the end of 2014.

“This was an assessment of what could happen within the context of the stated policy of NATO, which is to transfer the security lead to the Afghan security forces by 2014, and, within that …timeline, the transition will take place,” White House spokesman Jay Carney told reporters.

“This is exactly in line with the policy that we started back in the summer of 2011, transitioning leadership of combat operations from ISAF (the International Security Assistance Force) to Afghan forces and then progressively complete it by the end of 2014,” he told congressmen on Capitol Hill.

Panetta’s remarks, which clearly also took the government of Afghan President Hamid Karzai and U.S. allies by surprise, were made to reporters while he was en route to a NATO conference in Brussels.

Not only did he say that Washington hoped to end the U.S. combat role by mid-2013 – 18 months before the end-of-2014 deadline – but he also indicated that NATO will likely cancel plans to expand the size of Afghanistan’s security forces from the current 310,000 to 350,000 soldiers and police.

His remarks came at a critical moment on a number of fronts.

With Washington’s and Pakistan’s apparent backing, the Taliban has established an office in Qatar where they have been engaged in talks with U.S. officials over confidence-building measures, such as the return of Taliban detainees imprisoned in Guantanamo Bay, Cuba, that could lead to broader peace talks.

At the same time, Karzai, who only reluctantly endorsed the Doha talks, has reportedly been pushing to open a separate negotiating channel to begin negotiations under the auspices of Saudi Arabia.

While cooperating with U.S. efforts to engage the Taliban, Islamabad has continued to reject U.S. appeals to reopen NATO supply routes through Pakistani territory that were closed in late November to protest the accidental killing by U.S. warplanes of 24 Pakistani troops at a border post.

As a result, Washington has been made to rely almost exclusively on the Northern Supply Network through Central Asia, making logistical support for the troops far more expensive. The U.S. has already budgeted more than 90 billion dollars for the war this year.

In the wake of the killing of four French Legionnaires by an Afghan soldier – the latest in a lengthy series of such incidents against NATO troops – French President Nicolas Sarkozy last week announced that he will withdraw all 3,600 French combat troops by the end 2013, a year earlier than previously scheduled.

Amidst all these developments, the leak this week of a sensitive NATO report based on the interrogation of some 4,000 Taliban detainees in Afghanistan shed new and very discouraging light on both the degree to which Pakistan’s military intelligence agency (ISI) has backed – even controlled – the Taliban and the confidence of Taliban militants themselves that they are winning the war.

The report also noted that the Taliban was receiving support from Afghan government officials, including Army units in areas from which NATO forces had withdrawn. The government “continues to declare its willingness to fight, yet many of its personnel have secretly reached out to insurgents, seeking long-term options in the event of a possible Taliban victory,” according to the report.

The thrust of the report – that NATO forces have failed to stop, let alone reverse, the Taliban’s momentum – strongly contradicted the more-optimistic assessments by U.S. and NATO field commanders and is certain to fuel growing public sentiment in the West, including the U.S., that the war has not been worth the expense in blood and treasure.

In the last major nationwide poll conducted on Afghanistan in mid- January, 56 percent of respondents said U.S. troops should be withdrawn “as soon as possible”.

Washington currently has some 90,000 troops in Afghanistan, down from a high of just over 100,000 last summer. It plans to withdraw another 22,000 by the end of this summer. In his remarks Wednesday, Panetta stressed that no decision had been made regarding the pace of the withdrawal of the remaining 68,000 troops.

According to Leslie Gelb, president emeritus of the Council on Foreign Relations, however, Panetta’s remarks suggest that the administration has adopted a strategy to end “America’s major military footprint in Afghanistan well before the previous December 2014 deadline,” but that won’t be clear until after the presidential elections here in November.

Writing for the Daily Beast website, Gelb claimed that Panetta, Vice President Joe Biden, and National Security Adviser Tom Donilon had become convinced late last year that, with the death last May of Osama bin Laden and the successful disruption of his Al-Qaeda, U.S. interests in Afghanistan “were no longer vital, and that more American deaths and billions (of dollars) in costs were no longer worthwhile.”

As a result, even while continuing efforts to target senior and mid- ranking Taliban commanders, Washington is now focusing its efforts on a negotiated settlement.

But whether that will be possible, particularly given the apparent confidence of the Taliban, remains very much in doubt.

“The Taliban are a much larger organisation than they were a couple of years ago, and we’ve ruined our relationship with Pakistan,” according to Hoh, who blames Petraeus’ aggressive “surge” strategy for these setbacks.

“The policy has clearly failed, and now we’re to put some kind of settlement together before we leave, and there’s a real possibility that will fail.”