WASHINGTON, Feb 15 2012 (IPS) - A global coalition of development activists and non- governmental organisations (NGOs) is calling on the World Bank’s governors to ensure that Bank President Robert Zoellick’s successor is chosen in an “open and merit-based process” that will give borrowing countries a major say in the selection. 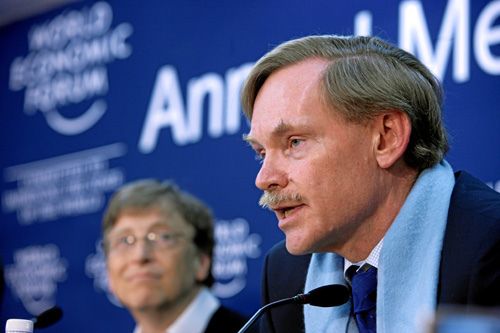 In an open letter released shortly after the Bank’s announcement Wednesday that Zoellick will step down at the end of his five-year term in June, some 60 groups and activists from around the world said any candidate should gain the “open support” of at least the majority of World Bank member countries and of the majority of low- and middle-income countries that make up most of its borrowers.

“As the Bank only operates in developing countries, and has most impact in low-income countries, any candidate that was not supported by these countries would seriously lack legitimacy,” the coalition, which includes Oxfam International, Civicus, and the African Forum and Network on Debt and Development (Afrodad), said.

The selection process, it went on, should include “…a public application procedure open to anyone to apply; sufficient time to allow proper deliberation; interviews held in public; and open voting procedures.”

Several groups, including Oxfam, Afrodad, and the European Network on Debt and Development (Eurodad), also asked that the United States announce in advance that it will not seek to maintain its monopoly over the World Bank presidency.

Under an informal “gentlemen’s agreement” between the U.S. and Europe, a U.S. national has held the top Bank position and a European the managing directorship of its sister institution, the International Monetary Fund (IMF), since the two agencies were created at the Bretton Woods conference in 1944.

“It’s a World Bank, not a U.S. Bank,” said Collins Magalasi, Afrodad’s executive director. “It needs the best candidate to get the job with support of wide Bank membership, not just the U.S.”

U.S. Treasury Secretary Timothy Geithner, however, issued a statement shortly after the Bank’s announcement indicating that Washington would put forward its own candidate.

“We encourage the board to move forward with an open and expeditious process,” Geithner said in a statement. “It is very important that we continue to have strong, effective leadership of this important institution, and in the coming weeks, we plan to put forward a candidate with the experience and requisite qualities to take this institution forward.”

While the Bank’s relative importance as a source of finance for developing countries faded somewhat beginning in the 1990s as private foreign direct investment (FDI) poured into fast-growing middle- income nations, it has enjoyed a major revival under Zoellick, particularly since the outbreak of the September 2008 financial crisis.

In addition to IDA and the IBRD, which lends primarily to middle- income countries, Zoellick has also presided over other parts of the Bank’s vast empire, including its private-sector arm, the International Finance Corporation (IFC), which made 12 billion dollars in new commitments last year, and the Multilateral Investment Guarantee Agency (MIGA), which provides insurance and other guarantees to spur FDI in developing economies.

Zoellick, who was nominated by then-President George W. Bush in 2007 after his predecessor, former Deputy Defence Secretary Paul Wolfowitz, was forced to resign as a result of conflict-of-interest allegations, had served previously as U.S. Trade Representative and Deputy Secretary of State.

A moderate Republican, Zoellick has been given high marks for his managerial competence and work ethic. In terms of concrete achievements, Zoellick helped negotiate the Bank’s first general capital increase since 1988 as part of a package that also increased developing-country representation on governing board.

He also helped raised a record 90 billion dollars for IDA, which provides credits to the world’s poorest countries; expanded the Bank’s anti-corruption efforts; promoted more women and developing- country staff to senior positions; and significantly increased the transparency of its operations through the revision of the Bank’s Access to Information Policy.

“NGOs regard the new policy as a significant achievement in that it is the most progressive international financial institution access- to-information policy to date,” the independent Bank Information Center (BIC), which works closely with civil society groups in many borrowing countries, said Wednesday.

NGOs have criticised some of his work, arguing that he has been more responsive to the interests of political and economic elites in developing countries than to the most-vulnerable sectors of the societies. Some point to the Program of Results as an example, noting that operations supported by it will not be subject to the environmental and social safeguards that apply to other Bank operations.

“In the absence of the type of safeguards that have applied over the years, citizens and the natural environment will be vulnerable, potentially without recourse,” said Nancy Alexander, director of Economic Governance at the Heinrich Boell Foundation here.

“Those safeguards were what enabled people who were adversely affected by Bank-funded projects and other activities to appeal to the Bank’s own Inspection Panel for remedies,” she said.

As to Zoellick’s successor, the NGOs argue that the selection process must not only be completely open and transparent, but it should also satisfy the proposed double-majority requirement. Under the Bank’s charter, the president is elected only by a majority of voting shares, which are disproportionately weighted in favour of North America and Europe.

In addition, the NGO letter, which was coordinated by the Britain- based Bretton Woods Project, called for candidates to satisfy one other requirement.

“Given that the World Bank has a mandate to focus on eradicating poverty and only works in developing countries, the new president should have strong understanding and experience of the particular problems facing those countries,” it said.

When asked about Hillary Clinton’s interest Wednesday, her spokeswoman, Victoria Nuland, said it “isn’t happening”. Summers, who served as the Bank’s chief economist in the early 1990s, is also considered unlikely, in part because of his reputation for arrogance and abrasiveness.

What remains uncertain is how hard President Barack Obama will fight for a U.S. candidate. As a signer of the 2010 G20 Summit communiqué in Toronto which called for “an open, transparent and merit-based” process who also endorsed an open process last year at the IMF, Obama should be willing to consider an alternative.

But the timing of the selection – in the heat of what is expected to be a difficult political campaign in which Republicans will charge that Obama has sacrificed Washington’s global leadership – reduces that possibility.

As Nancy Birdsall, the respected head of the Center for Global Development here, noted earlier this week before Zoellick’s announcement, “There is a risk that the World Bank could become a highly partisan, U.S. hot-button issue, as the U.N. has too often been.”