MANILA, Mar 11 2012 (IPS) - Since it first hit the airwaves more than 50 years ago, the University of the Philippines (UP)’s campus radio has evolved into a community broadcaster, serving as the voice of the people. 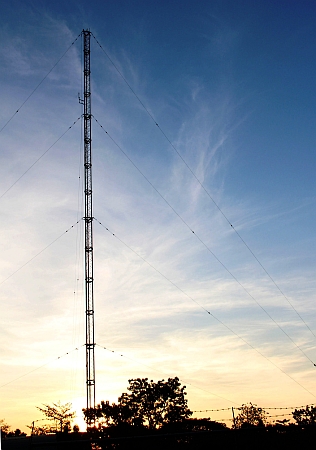 DZUP 1602 Khz, the UP’s radio station, does not just air the voice of students and the academic community but also allows grassroots groups and the marginalised to use it as a platform for social change.

Josefina Santos, DZUP’s station manager, says the radio station started in 1957 as an “an experiment” of the UP’s college of engineering and the college of arts and sciences.

The station played a crucial role during the leftist unrest in the country and allowed students to voice their concerns during the years before the 1972 declaration of martial law by then president Ferdinand Marcos, cracking down on protests and agitations.

“Sometime in the late 60s until the 70s, before martial law, it really became the voice of the university and a dissenting voice of the people who really were for social change,” says Santos.

“When martial law was declared, one of the first stations that the military went after was DZUP. They destroyed all the equipment and UP went off the air,” says Santos.

In the 1980s, under the management of the UP’s college of mass communication DZUP was revived using an old transmitter borrowed from the Philippine Broadcasting Bureau.

Radio programmes focused on health, people’s rights and various other issues, provided an alternative perspective to mainstream media. There, however, were technical problems operating on a “very low-powered” transmitter.

“We didn’t have the financial support of the government at that time. It was so difficult. Sometimes just a clap of thunder would cut us off air,” recalls Santos.

“Every now and then, we had to borrow some parts from other stations just to operate DZUP… but still it became the voice of students and teachers at that time and we were able to generate support,” she adds.

When the UP was recognised as a public service university, DZUP was able to get the much needed financial support, and in 2010 it finally got a new transmitter capable of handling regular programming.

Other departments also co-produce and air their own shows over the radio station. ‘Psych O’Clock Habit’ is a show anchored by professors from the department of psychology, while ‘That’s Entrep-tainment’ is run by the UP institute for small scale industries.

Similarly, ‘Itanaong kay Engineer’ (Ask the Engineer) is co-produced by the college of engineering; and ‘Abogado ng Bayan’ (Lawyer of the People) by the law college. Other programmes deal with health matters, economics, student concerns, sports and music.

The more powerful signals and wider reach beyond the campus opened up avenues for grassroots communities to come in.

DZUP is the only radio station with public service programmes that give a voice to ordinary people such as drivers, vendors and village leaders about concerns affecting the community.

The station works with a partner, Kodao Productions, a multimedia outfit that produces radio programmes and video documentaries on social issues in the country. Kodao Productions also provides training to community broadcasters.

“We conduct training for regional and sectoral organisations interested in putting up their own community radio stations or producing radio programmes to be aired in radio stations nationwide,” says Kodao’s director Raymund Villanueva.

Kodao is a member of the World Association of Community Radio Broadcasters, an alliance of about 5,000 community radio stations worldwide.

Kodao’s main public service radio programme, ‘Sali na, Bayan’ (Join us, Nation), broadcast over DZUP, Monday to Friday, from 2 to 3 pm is reserved for the marginalised sectors of society.

Villanueva says the universal challenge for community radio is financial difficulties due to its non-profit nature. Finding funds to pay for equipment, conduct training and maintain operations is a major hurdle.

Unlike other Asian countries like Indonesia and Nepal where “community radio stations define the news,” Villanueva says that the lack of legislation supporting community radio in the Philippines has been a hindrance.

“The government makes it very difficult for marginalised sectors to apply for permits to set up their own community radio stations.

“No one from the big stations generally cares for or consistently asks the marginalised sectors about what they think is happening in the country,” says Villanueva.

DZUP’s Santos agrees. “In ordinary radio stations, the masa (masses) will go there to ask for help. Here, the masa goes there to give their opinions, to give updates on what is happening in their community.”

While challenges remain for community radio, both Santos and Villanueva are optimistic that DZUP can provide a good platform for airing grassroots issues to a wider listenership.

The renovated facilities, new tower and transmitter now enable DZUP to broadcast on five kilowatts of power, expanding its reach throughout Metro Manila and nearby provinces.

The advent of the Internet has also allowed the station to expand its reach to include Filipino workers in various parts of the globe. Programmes, streamed online, are available through the Diliman Interactive Learning Centre under the UP.

“A portion of our current listeners in the United States is overseas Filipinos. We have overseas Filipino worker groups reporting from Hong Kong, Rome, Libya… They are able to listen to DZUP through live streaming,” says Villanueva.