RIO DE JANEIRO, Mar 27 2012 (IPS) - Hundreds of non-governmental organisations and social movements from around the world hope to counter the failure of the United Nations Conference on Sustainable Development (Rio+20), which they consider inevitable, with the success of the alternative People’s Summit. 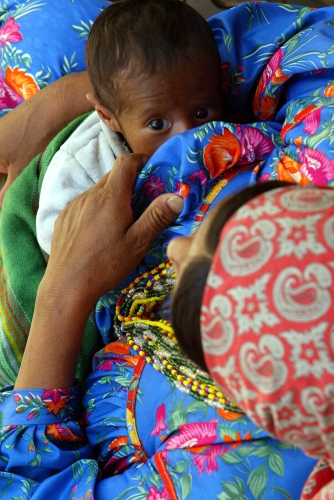 Both events will take place in June in Rio de Janeiro, the Brazilian city that served as the venue, two decades ago, for the United Nations Conference on the Environment and Development. Popularly known as the Earth Summit, the 1992 conference is considered a turning point in the architecture of international environmental law.

Rio+20 is expected to draw around 50,000 people to the city to take part in preparatory meetings and parallel activities during much of June, in addition to some 120 heads of state and government who will meet for the actual summit on Jun. 20-22.

The People’s Summit for Social and Environmental Justice in Defence of the Commons will be held Jun. 15-23 in Aterro do Flamengo park, near downtown Rio de Janeiro, as an alternative event independent of the official conference, and is expected to draw roughly 10,000 participants.

Representatives of some 20 social, trade union, youth, women’s, indigenous, peasant and Afro-descendant organisations met in Rio during the fourth week of March to coordinate actions, fine-tune their critique of the official Rio+20 agenda, and finish up preparations for the large-scale mobilisation in June.

One of the challenges is the inclusion of the rights of native peoples in the concept of sustainable development, said activist Sander Otten, a member of the technical committee of the Andean Coordinator of Indigenous Organisations (CAOI), which brings together groups from Bolivia, Colombia, Ecuador and Peru.

“We need to demand the fulfilment of rights so that indigenous peoples are genuinely able to have a say in the projects that are carried out in their own territories,” Otten told Tierramérica.

On Jun. 17 and 18, a global committee of indigenous peoples will discuss two key factors in this regard: the presence and impact of extractive industries in their territories, and the right to free, prior and informed consent established in International Labour Organisation Convention 169 on Indigenous and Tribal Peoples.

Otten acknowledged that some progress has been made in the area of indigenous rights in the last 20 years. However, in the majority of cases, the governments of the Andean countries are promoting the further expansion of extractive activities like mining and oil drilling, as well as large-scale industrial monoculture plantations, he stressed.

Indigenous organisations in the Andes region want to join the discussion on the green economy – one of the central themes of Rio+20 – and propose alternatives based on their own cosmovision. These include community economic management that respects “Mother Earth” and especially the paradigm of “buen vivir” or “living well”, a holistic life philosophy which pursues the goal of material, social and spiritual well-being among all members of a society, but not at the cost of the other members or the environment.

“The contribution of indigenous peoples will be the continued promotion of buen vivir as an alternative for humanity and opening up the dialogue with other paradigms critical of modernity,” which continues to focus on the search for economic growth instead of “solidarity and reciprocity,” said Otten.

The CAOI advocates a less economic-centred approach to arrive at real solutions for the environmental crisis. “What we are seeing today in the countries of South America is not the implementation of the green economy model,” said Otten, but rather “the complete opposite.”

“There has been an intensification of the extractivist model, which cannot be considered green in any way. The ‘brown’ economy is continuing to expand in these countries,” he said.

Otten supports reforms that would impose a tax on fossil fuels and bring an end to subsidies for the sector, as well as the inclusion in the price of hydrocarbon derivatives of the social and environmental costs of their extraction, which are currently considered “externalities”, he said.

For her part, Sandra Morán, a representative of the Women’s Sector Political Alliance of Guatemala and member of the World March of Women, stressed the need to incorporate gender equity in the formulation of alternative proposals, in order to ensure better quality of life for women.

“We play a fundamental role in life, we are at its centre, we reproduce life. We must recognise the contribution that women have always made and bring an end to the sexual division of labour,” said Morán.

Feminist organisations are working to coordinate actions with other social movements to develop “an alternative to the situation in which we currently live, which is extreme poverty, violence, militarisation, control and authoritarianism,” she added.

Morán has no hopes for success at Rio+20, because the conference will merely involve the signing of decisions that have already been made, and “there is no possibility of having an influence there.”

For her, the power of the People’s Summit lies in “coming together, strengthening proposals and generating movements that are rooted in our communities.”

Scepticism towards Rio+20 is also shared by a number of Brazilian legislators, who are organising a parallel initiative to attract the attention of the media and the public. Known as the Rio Climate Challenge, the initiative is aimed at deepening debate on climate change at an event to be held Jun. 14-17.

“We are going to conduct a large-scale simulation of negotiations between the carbon-emitting countries and supranational entities to attempt to reach a consensus,” Green Party lawmaker Alfredo Sirkis, who chairs a special sub-committee in the Brazilian Chamber of Deputies, told Tierramérica.

The goal is to conduct a discussion, on realistic bases, that will make it possible to lay the foundations for an international agreement that would keep the concentration of greenhouse gases in the atmosphere below 450 parts per million – the limit set by scientists as the only way to avoid a climate change disaster.

For these mock negotiations, they will invite facilitators from the BASIC countries (Brazil, South Africa, India and China), the European Union, the United States, Canada, Australia, Japan, Indonesia, Russia, the Arab league and small island states.