LIMA, Mar 1 2012 (IPS) - This year’s unusually rainy season in Peru is having a negative effect on the wellbeing and health of women in rural areas who are forced, for example, to spend three times as much time walking to collect firewood and water. But the authorities continue to turn a blind eye to the problems they face. 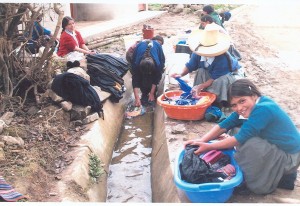 “It’s very difficult for us to find firewood, but not only that – since it’s wet because of the rain, we have to dry it so it will burn well, and that is causing us bronchial and lung problems,” María Témpora Pintado, a farmer from Peru’s northern coastal region, told IPS.

Pintado, the president of the district association of women of Tambogrande, a farming valley 950 km north of Lima, described how the women, and often their young children, are exposed to smoke for hours as the firewood dries.

“These tasks are done by the women, who stay in our homes, while the men leave early and come back at night, and do not take part in the collection of water or the care of the children that we have to watch after constantly, to keep the mosquitoes brought by the rain from nesting in their eyes,” she said.

Throughout February, the rains affected 12 of Peru’s 24 departments (provinces), and according to the National Civil Defence Institute, have left more than 32,000 people homeless.

That figure was not broken down by gender, but an estimated half of the people affected are women, including Pintado and her fellow farmers in the 186 hamlets and villages in Tambogrande valley, which is 60 km from Piura, the capital of the department of the same name.

Due to climate change, the rainy season has been more intense this year. For example, rainfall in the southern Andean highlands region of Arequipa has been 327 percent heavier than normal, according to the National Meteorology and Hydrology Service.

As a result, rivers have overflowed their banks; houses, farms and roads have been flooded; villages and towns have been cut off; food shortages have set in; and access to public health services has become extremely difficult.

“Our manioc, sweet potato, plantain, corn, val beans, mango and lemon crops have been destroyed,” Pintado said. “What are we going to feed our children? We are anguished, but we don’t just sit around worrying; we go out and walk, we find a way to make soup to feed them.” 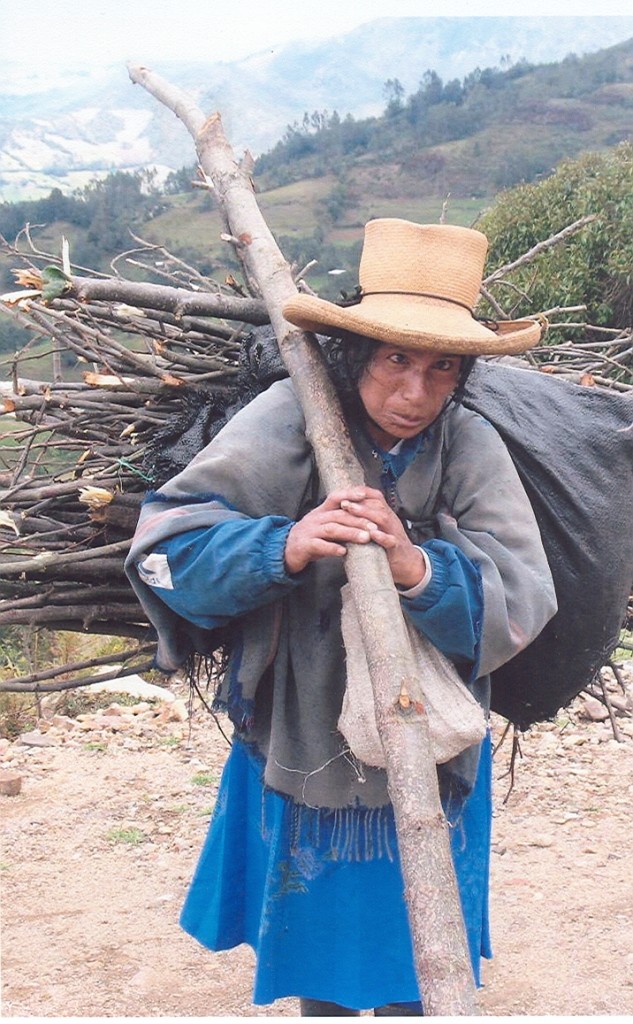 Agriculture is the economic mainstay in Peru’s rural areas. Women take part in farming activities like planting, watering and harvesting. In addition to these tasks, they are in charge of food preparation and child care, and they also dedicate time to community organisations.

But their work is not recognised.

However, the concentration of responsibilities in their hands, which is exacerbated by the effects of climate change, is causing health problems that have begun to alarm experts and activists.

“We suffer from vaginal inflammation and dropped womb (prolapse) because we are running around all day gathering firewood, drying it out, lugging water, cooking, checking on the crops, feeding the animals, and taking care of the kids,” Pintado said.

“Is this recognised by any of the authorities? Since they’re all men, they’re indifferent to it; they tell us we were born to do all this,” the community leader complained.

The gender discrimination and poverty which rural women continue to face due to the lack of inclusive public policies are aggravated by the different impacts of climate change.

Rural women have fewer resources to deal with the effects of this global phenomenon precisely because they do not have equal access to opportunities such as education, training, or property, studies point out.

According to the latest national agricultural census, from 1994, 20 percent of farms were run by women, but fewer than five percent of these women farmers had title deeds to their property.

Blanca Fernández, a sociologist with the Rural Development Programme of the Flora Tristán’s women’s group, told IPS that the impact of gender on climate change is highlighting the lack of rights of rural women and the enormous hurdles standing in the way of the full exercise of their rights as citizens.

Fernández argued that the fourth National Agricultural Census, to be carried out in October, must urgently incorporate gender variables in order to gain an understanding of the social and economic conditions of rural women in the Andean highlands and Amazon jungle regions.

“Up-to-date data will make it possible to design sustainable public policies, with the participation of women themselves, that would promote their comprehensive development – a viable strategy to make progress in the work of climate change adaptation and mitigation,” she said.

One of the priority areas to be addressed is agriculture, the Peruvian government stated in the second national report to the United Nations Framework Convention on Climate Change, published in 2010.

The document says the megadiversity of Peru, one of the world’s 10 most biodiverse countries, is seriously endangered by the impact of climate change on agriculture, where the chief factor of vulnerability is poverty.

One-quarter of Peru’s population of 29 million is rural, and 70 percent of people in rural areas are poor.

Pintado said it is essential for local, regional and national authorities to recognise that when talking about climate change, it is necessary to ask how the phenomenon affects women, collect data on what is happening in that respect in different regions of the country, and then start adopting measures.

“When for example a government official says ‘we are going to evaluate the damage caused to homes by flooding,’ they have to include the damages suffered by women and ensure that the actions carried out will benefit our quality of life,” she said.

These and other proposals from women’s organisations in eight regions in Peru have been compiled in a national document.

The content of the agenda of rural, Andean and Amazon women of Peru will be shared at an international meeting to be held Mar. 5-9 in Santo Domingo de los Tsáchilas, in northwest Ecuador.

The third meeting of rural women of Latin America and the Caribbean is organised by a network of organisations and activists throughout the region, which was created in 1990 during the Fifth Latin American and Caribbean Feminist Meeting, to give rural women a stronger voice and give a boost to their proposals and actions in the region.

The Peruvian agenda, to which IPS had access ahead of its release, highlights three aspects related to the exercise of women’s individual and collective rights: violence, food security and sovereignty, and climate change.

The proposals are addressed to government authorities, and include a call for compliance with the law on equal opportunities between men and women, and the implementation of a national agricultural policy with an emphasis on small-scale agriculture. (END)