RIO DE JANEIRO, Apr 4 2012 (IPS) - The government of Brazil, which will host the United Nations Conference on Sustainable Development (Rio+20) in June, defended itself from ecologists who lambasted its performance on the environmental front. 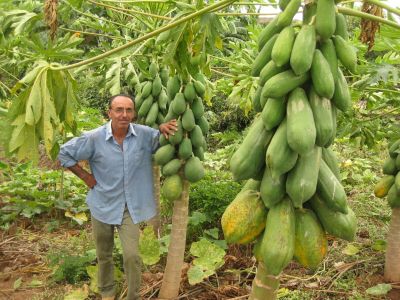 “There is no country with better credentials for hosting this conference,” Luiz Alberto Figueiredo, subsecretary-general for environment, energy, science and technology at Brazil’s foreign ministry, told foreign correspondents on Tuesday, Apr. 3.

The official was responding to the harsh criticism that 39 local environmental organisations recently expressed to the United Nations about what they described as the “setback” in the environmental agenda since President Dilma Rousseff took office in January 2011.

The environmentalists referred, for example, to the reform of the forestry code winding its way through Congress, which would grant an amnesty to people who illegally cut down forests prior to July 2008. The reform is backed by powerful agribusiness interests.

They also complained that environmental oversight agencies had been weakened, and that the Rousseff administration was following an economic model that promotes the exploitation of natural resources regardless of the consequences for the environment.

“Brazil will host Rio+20 with impeccable credentials, as one of the few countries that has achieved economic growth with social inclusion and a reduction in deforestation never before seen in the history of this country,” said Figueiredo.

The official was referring to the accomplishments of former president Luiz Inácio Lula da Silva (2003-2011) and his successor, Rousseff, both of whom belong to the left-wing Workers’ Party.

Figueiredo made his remarks at a news briefing with foreign correspondents, where he discussed the plans for the U.N. conference, to be held Jun. 13-22 in Rio de Janeiro, and for the pre-summit preparatory meetings.

He said civil society – by which he meant environmental, business and scientific organisations – would have significant participation in the summit.

The conference is called Rio+20 because it is taking place two decades after the U.N. Conference on Environment and Development or Earth Summit hosted by this Brazilian city in 1992, which marked a watershed in the evolution of international environmental law and in cooperation on social and environmental issues.

Citing the official U.N. slogan for the conference, the subsecretary said the event would seek to define “the future we want” over the next 20 years: a model of development marked by economic growth, social inclusion and environmental protection, combined in a harmonious fashion.

But Figueiredo stressed that, unlike the Earth Summit, which gave rise to major commitments such as the climate change and biodiversity conventions and the Agenda 21 action plan, this year’s conference is not being held “to legislate.”

The official also responded to complaints by environmentalists that Rio+20 would not set targets. The aim, said Figueiredo, is not to establish goals or to punish countries that do not meet them, but to “help countries reach them and to consolidate the concepts defined up to now.”

“What penalties can we apply, for example, to a poor country for failing to meet its environmental goals if it is in such an extreme situation that it was unable to reach them? We have to help countries fulfil the goals,” he said.

In Figueiredo’s view, Rio+20 will contribute “a new way of looking at” the international financial and social crisis, which he said was the result of an “inadequate development model that no longer responds to today’s new challenges.”

As an example of this “exhausted” model, he cited dependence on fossil fuels and referred to the need to seek clean and renewable sources of energy – touching on another sensitive issue for Brazil.

Since the discovery of enormous new reserves of oil located deep below the ocean floor under a thick layer of salt, Brazil has begun to harbour hopes of becoming one of the world’s largest oil producers.

This country is also criticised for the large hydroelectric dams being built in fragile areas like the Amazon rainforest.

The official mentioned other points that will be debated at Rio+20, such as the need to strengthen the United Nations Environment Programme (UNEP) and to create new agencies as well.

Although he downplayed the frictions caused by the different stances taken by governments, Figueiredo said the goal is to define sustainable development objectives “not just targeting developing countries, but all countries.”