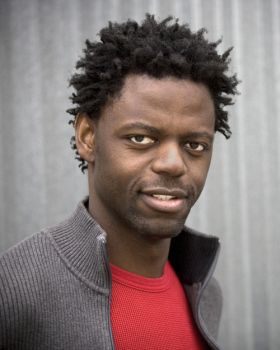 Teddy Ruge, lead social media strategist for the World Bank’s Connect4Climate campaign and co-founder of Project Diaspora, an online platform for mobilising members of the African diaspora, calls this Africa’s “renaissance of access to information”.

“In 2012, there are about 600 million connected mobile devices in Africa,” he said. “Demographically, we have 300 million on the continent now moving to the middle class who can afford smart phones, laptops, connectivity.

“I look at that in terms of local voices beginning to have a conversation in development. I see this as an opportunity to look at issues of climate change, self- government, economic development and youth employment.”

Q: What does it mean that Africans are using social media and that they are connected more than ever before? A: There are frank discussions in development. What I like about social media is that Africans are connected, that they are able to read information about good governance and issues from a global perspective. They are also able to see how their country fares and compare themselves to other groups.

There is still a huge divide between participatory government – we have this connected youth, then we have these older people in governing ranks, some of them are remnants of colonial rule who’ve stayed in their positions for decades who really don’t have a connection to these youth voters yet. Hopefully, we can use social media to bridge that divide and say these are the voices of the youth of your country, this is what they need to move forward.

Q: You have called this the “legitimacy of social media for global engagement”. With the Rio+20 sustainable development conference coming up, what are African youth most concerned about? A: The conversation is still the same – are policymakers going to make policies to help us Africans who didn’t contribute a lot to climate change but are going to pay the most? Green energy is expensive, solar isn’t that cheap yet. Those coming out of university and high school are wondering where the jobs are going to be.

You see African youth beginning to ask the tough questions. If you want green job creation, who is going to pay for that? If you want us to stop cutting down trees, how are the villagers going to have energy access? Those are the critical questions. We anticipate a lot of commentary over social media from those who are not able to attend Rio. We expect the same questions for COP 18 Qatar as well.

Q: What could these social media savvy youth show that the policymakers can’t? A: We saw the actual people behind the numbers. We wanted to make it real for those sceptical about climate change. We wanted to provide this information to see if they can drive the local changes, that it simply isn’t about policy.

(For contributions for Connect4Climate) we asked to share with us what climate change means in your community. People sent us pictures of dead cows because of droughts. It wasn’t just the picture, it was the story that came with the picture. We saw energy, water and forestry were the biggest concerns.

We saw stories about women. In Africa, women do most of the domestic work, when there’s no water or firewood they have to walk miles to get some. We got pictures of women lining up to dig for water, walking into the woods.

Q: Do you see a disconnect between people who funnel money into Africa and the real Africans concerned? A: If we are looking at it from a policy and finance perspective, it’s very different. The World Bank is not necessarily communicating with the villager in Africa, they are connecting with the government and asking ‘what is it that you are working on and how can we connect you to funders?’ That’s the type of high-level conversation.

I think Connect4Climate falls somewhere between low- level and high- level conversation. Connect4Climate is able to say this is what the conversation is about in relation to climate change, how this goes through to the decision making depends on the veracity of these voices and how sustainable they are in calling for better solutions.

We do have people who pay attention to these voices and say perhaps we can aggregate these voices and craft a policy. I can say the voices are rising up and saying ‘we need solutions from an economic development perspective.’

For example, in Kenya youth are going into junkyards and retrofitting little engines and mechanical contraptions and building faster and more efficient windmills to recharge their electronics rather than rely on the grid. They were able to actually build working prototypes to generate electricity.

Solutions are already happening on the ground with youth. Can we find a way to fund these kids and their ingenuity and replicate that kind of spirit across the board?

Q: In the past you have spoken about the “White man’s burden”, about paternalistic attitudes toward Africa. Is this something the online Africans also talk about? A: I think they talk about it from a corruption standpoint. Aid isn’t really going to create jobs. Aid should be about creating infrastructure to help job creation. That’s what the entrepreneurs I talked to think, how to get financing so they can expand their operation and hire more people and move to the middle class.

We are becoming a lot more vocal because of the connectivity; we are a lot louder and so is our role in our solutions. We have issues but it’s not necessarily your job to fix them. It is our job to say ‘this is what we are working on, we can work together to solve this problem.’ The full-scale hijacking of African agency is going to be a thing of the past.