U.S.: Only Four-Fifths of Men’s Pay for Women

WASHINGTON, Apr 19 2012 (IPS) - Forty-seven years after the Equal Pay Act was signed into law, women in the United States are still struggling against wage discrimination in the workplace. 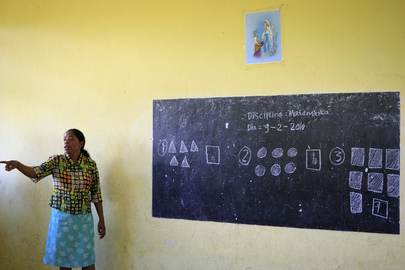 Women full-time workers earn only 77 percent for each dollar earned annually by men, a 23 percent wage gap. It is even greater for minority women, with African American women earning 64 cents and Hispanic women earning 56 cents for every dollar earned by a white man.

According to the U.S. Department of Labour, the gender wage gap costs a woman about 380,000 dollars over her career.

Women are more than twice as likely as men to work in occupations with median earnings for full-time work below the federal poverty level for a family of four.

“These gender wage gaps are not about women choosing to work less than men – the analysis is comparing apples to apples, men and women who all work full time – and we see that across these 40 common occupations, men nearly always earn more than women,” Ariane Hegewisch, IWPR study director, said at a press event on Equal Pay Day, a symbolic date in the current year through which women must work to match what men earned in the previous year.

“Discrimination law cases provide us with some insights on the reasons that the wage gap persists: women are less likely to be hired into the most lucrative jobs, and – when they work side by side with men – they may get hired at a lower rate, and receive lower pay increases over the years,” she said. “Discrimination in who gets hired for the best jobs hits all women but particularly black and Hispanic women.”

The gender wage gap affects women as soon as they enter the job market out of college and only increases over time.

Critics of the gender wage disparity continue to say the wage gap is about choice, and argue that women lose money when they take time out of the labour market to raise children. Some say the problem will resolve naturally.

“There might be an element of choice but there are constraints that limit the choices. If you have a low-wage job, then you might not be able to afford childcare and rather do it yourself. If you are in a couple, if the father makes more money, then it makes sense for the mother to take time out. And, basically, later the mother gets penalised for taking time out and compounds to low wages,” Hegewisch told IPS.

In recent years, progress in narrowing the gender wage gap has stalled. In the 1960s and ’70s, when legislation was just starting to take effect, the gap narrowed slowly, and in the 1980s and ’90s, it narrowed quite a lot, particularly due to the rise in women’s educational achievements. But since the late 1990s, it has significantly slowed down, Hegewisch said.

Earlier this year, Scott Walker, the governor of Wisconsin, repealed the state’s Equal Pay Enforcement Act, much to the outrage of feminists. Supporters have been pushing harder to protect equal pay in the wake of the “War on Women”, a term used by most liberal feminists following Republican-led attacks on reproductive rights and economic security.

Advocates have been supporting legislation such as the Paycheck Fairness Act to combat wage secrecy in companies and to expand on previous wage discrimination laws. In 2009, Barack Obama signed the Lilly Ledbetter Fair Pay Act, the first bill he signed as president, to “empower women to recover wages lost to discrimination by extending the time period in which an employee can file a claim.”

“The Paycheck Fairness Act is important because under that employers will not be able to retaliate against their employees for sharing their wage information. We know that wage secrecy really tends to make wage discrimination really hard to fight,” Terry O’Neill, president of the National Organization for Women, which has been fighting wage discrimination since the 1960s, told IPS.

“If you have a system of some monetary appraisal, you can make sure somebody, apart from the person who has prices, double check. If you translate that into pay, you check whether there’s a gender bias in it and whether that’s justified. You might have a lot of men performing better one year and you can document it, but you might not. So, I think monitoring what you do and being transparent makes a big difference. “