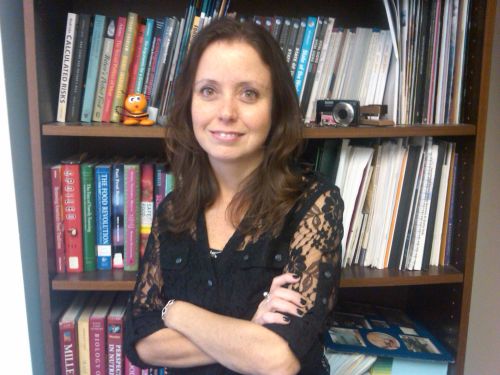 WASHINGTON, May 1 2012 (IPS) - Thirty percent of food is wasted globally, while one billion people go hungry and another billion are obese.

The current food system is broken and is failing to meet the world’s nutritional needs, says Danielle Nierenberg, “Nourishing the Planet” project director at Worldwatch Institute.

Worldwatch and the Barilla Center for Food & Nutrition recently released “Eating Planet 2012” to highlight the challenges faced by today’s food and agricultural system and the benefits of making the system more sustainable, accessible and fair.

“While we talk a lot about the bad news (in the report), the focus is on how agriculture can be the solution for some of the world’s most pressing problems, whether it’s hunger and obesity or youth unemployment. We really think that food and how we produce it and how we eat it is a significant solution,” Nierenberg said.

Q: Farmers don’t make much. Can they afford to be sustainable? Will they be able to mass-produce without the usual fertiliser? A: I think what we are seeing as fuel prices continue to rise, it’s becoming harder and harder for farmers all over the world to afford agriculture inputs that are highly fossil fuel intensive like fertiliser, pesticide and other chemicals. And there really are no signs of fuel prices going down soon.

So I think the whole issue of whether organic or sustainable agriculture can feed the world is not really the question, it’s whether we can continue the food system based on fossil fuel intensive resources. I don’t think it can.

We have one billion hungry people in the world and we have an industrialised agricultural system that’s supposed to be feeding these people, but it’s not. (Various studies) comparing the two show that the industrial system is not making that much more in yield and, in some cases, yields are lower.

We are not feeding with the current system, anyway. So we have to figure out less fossil fuel intensive methods to make sure everyone is fed.

Q: What are some of the solutions you propose? A: In “Eating Planet”, the focus is on nutrition. There is a lot of talk in agricultural development on how to improve yields and what kind of agricultural system is best but there are only a few people who bridge the gap between agriculture and nutrition.

It’s not just about how much food we are producing, but what kind of food we are producing. Are we trying to introduce more varieties of highly nutritious beans, vegetables and fruit? There’s so much focus on the amount of calories we are producing, but no focus on nutrients that are present in those calories. This is why we are seeing things like obesity and diabetes as a global epidemic, not just happening in rich countries but also in poor countries. How can we make the agricultural system more nutritious?

At the World Bank, the nutrition people are not talking to the agricultural people. That sort of thing needs to change. We need to make sure that public health professionals and nutritionists are talking to farmers, food processors and food businesses to make sure the food is as nutritious as it can be.

Q: Let’s consider the U.S. for example. Here nutritious organic food can be expensive and people might not want to pay that much or are able to. How can that be changed? A: A lot of subsidies that have existed in American agriculture in the last 50 years have been focused on industrial agriculture and producing commodity crops like corn and soybeans. Organic food is expensive because farmers are growing it on a smaller scale.

One reason for this is because it’s still not receiving the subsidies the big farmers have. To help small- and medium-scale farmers, we can funnel more of the agricultural funding for farmers who are more sustainable, using less fertiliser and more organic compounds. It’ll help struggling farmers and make it more affordable for consumers.

Q: Fast-food restaurants like McDonalds are now exporting to other countries, changing the eating habits of those people. How would you address that? A: Factory farming or concentrated operations, this agricultural system really started here in the U.S. and in Europe, (and) is now spreading to the Philippines, Sub-Saharan Africa, South Asia. The environmental, public health and animal welfare impact of this is really extreme. You have huge amounts of waste that can’t be utilised by farmlands, surface fertiliser is becoming toxic waste, there’s tropical water pollution, surface water pollution.

The impact of this fast-food diet in developing countries they weren’t exposed to 30 or 40 years ago is leading to the same types of problems – diabetes, obesity, heart disease and sometimes types of cancer.

The thing about this system is, whether it’s industry farming or the fast-food culture, is that it’s very dependent on cheap sources of grain…Agriculture can’t be seen as sort of an industry, it’s part of the landscape. More than any other industry it relies on clean energy and water.

What we are calling for is a restructuring of the entire food system. One that is more regional and local and relies on resources already available.

Q: How realistic is that? What would you suggest as the basic foundation for a system like that? A: This transition isn’t going to happen overnight. It requires actions from all levels – businesses so that they make their production systems more sustainable, and action from consumers, knowing where food comes from and demanding safe, fairly produced food. We want food that is more animal-welfare friendly.

Finally, policymakers need to push a lot of these changes, without that we won’t see huge investments in agriculture. Really, for the last 30 years agriculture has been ignored by the international donor communities. Now, because of the food crisis, we are seeing a shift to ‘oh gosh, we need to invest in agriculture or we are going to be in a lot of trouble.’

We can’t ignore agriculture any longer whether we are policymakers or soccer moms. We really need to make sure that agriculture is something that sustains and not just some extractive industry.