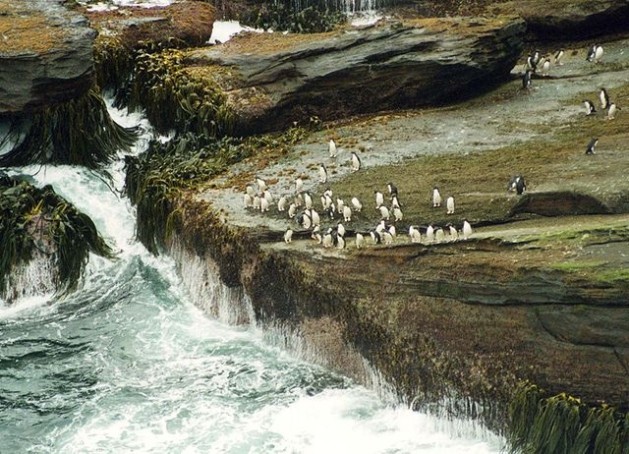 BUENOS AIRES, Mar 12 2013 (IPS) - The people of the Malvinas/Falkland islands voted overwhelmingly in a referendum to keep British rule, while Argentina has stepped up its claims to sovereignty over the South Atlantic archipelago located 450 km east of the South American nation.

Half of the islands’ total population of 3,000 responded Sunday Mar. 10 and Monday Mar. 11 to the question: “Do you wish the Falkland Islands to retain their current political status as an Overseas Territory of the United Kingdom?”

Of the 1517 votes cast in the non-binding referendum, from a total electorate of 1649 – a turnout of 92 percent – only three were in favour of being part of Argentina, while 99.8 percent voted yes to remaining British.

“We wanted to send the world a strong message on our right to self-determination,” the British-born Dick Sawle, who has lived on the islands since 1986 and is a member of the legislative assembly and the executive council, told IPS by telephone.

The archipelago, which has an area of just over 12,000 square km and is made up of East Falkland, West Falkland and 776 smaller islands, has been occupied by the United Kingdom since 1833.

“We know Argentina will ignore the outcome, but we trust that the rest of the world’s modern democracies will respect our right to self-determination,” said Sawle.

The vote, which had British support, did not have the backing of the United Nations.

The Argentine government considers the referendum “a British attempt to manipulate the Malvinas question,” as stated in a Mar. 8 communiqué issued by the Foreign Ministry. The government reiterated its demand for “bilateral negotiations” with Britain that take into account the interests, rather than the wishes, of the inhabitants of the islands.

Argentina argues that the inhabitants do not have the right to self-determination because they are not a colonised people demanding independence but an implanted population, with a non-autonomous government. The islands’ foreign affairs and defence are the responsibility of London.

The archipelago is one of 16 non-self-governing territories worldwide, 10 of which are under British rule, according to the U.N. Special Committee on Decolonisation, created in 1961.

In 1965, the Committee passed a resolution urging Argentina and the United Kingdom to seek a negotiated solution to the sovereignty dispute. But the British government’s refusal to negotiate and the 1982 war over the islands made the prospect of talks even less likely.

Argentina’s 1976-1983 military dictatorship launched a surprise invasion of the islands on Apr. 2, 1982. The war lasted until Jun. 10, when Argentina surrendered. A total of 635 Argentine and 255 British soldiers were killed in the war. Three civilians died in a British naval bombardment.

Diplomatic relations between the two countries were cut off before the war and were re-established in 1990, when they set up a “sovereignty umbrella”, agreeing to cooperate on other issues, such as fishing, tourism and oil, while maintaining their separate claims to the islands.

But that policy changed radically after 2003, when the governments of the late Néstor Kirchner (2003-2007) and his wife and successor Cristina Fernández launched a diplomatic offensive in the U.N. and other international bodies and began to pull out of a number of bilateral agreements.

On the 30th anniversary of the end of the war, Fernández travelled to New York to take part in the annual meeting of the Special Committee on Decolonisation. She was the first head of state to attend one of the Committee’s meetings.

On that occasion, the president asked Britain to negotiate, as the Committee’s resolutions have urged for the past half century.

Argentine historian Federico Lorenz, who has written several books on the Malvinas, told IPS that Kirchner and Fernández’s policy “towards the islands, which has been to strengthen Argentina’s position but has been confrontational as well, has played into the hands not so much of the islanders, who are people with rights, but of the British.

“The British have cast us as intransigent and belligerent, when the truth is that until the war, and even afterwards, Argentina has called for negotiations,” said Lorenz.

He argued that “the islanders should be listened to in both the question of the dispute and with regard to a broader scenario, which would allow us to have a comprehensive view of the problem. We can’t think of the dispute over the islands as if they were empty.”

But the Argentine government refuses to recognise the inhabitants of the islands as a third party, and accuses the UK of “trying to distort reality” with the referendum, which the Fernández administration saw as a “bad faith” maneuver because it was not based on U.N. resolutions.

British Prime Minister David Cameron says the islanders have the right to self-determination, writing in a column in the British newspaper The Sun on Sunday that “as long as the Falklanders want to stay British, we will always be there to protect them. They have my word on that.”

After the referendum, Cameron said Argentina should take “careful note” of the results. “I think the most important thing about this result is that we believe in self-determination, and the Falkland Islanders have spoken so clearly about their future, and now other countries right across the world, I hope, will respect and revere this very very clear result…They want to remain British and that view should be respected by everybody, including by Argentina.”

Sawle said that under the administrations of Kirchner and Fernández, “aggressive actions against us increased.” He cited, for example, the 2003 suspension of charter flights between Argentina and the islands and the 2007 cancellation of fishing and oil agreements.

Other regional bodies and blocs also expressed solidarity with Argentina.

During the government of Carlos Menem (1989-1999), things were “much better (for the islanders) because we had dialogue,” Sawle said. In that period, there were talks regarding fishing and oil and gas production, but the sovereignty question was not discussed.

Sawle responded in the negative when asked whether the islanders thought Argentina’s arguments had any weight at all. “Argentina is chasing a dream. I don’t think it is right in its claim to the islands. I never did, and I never will.”