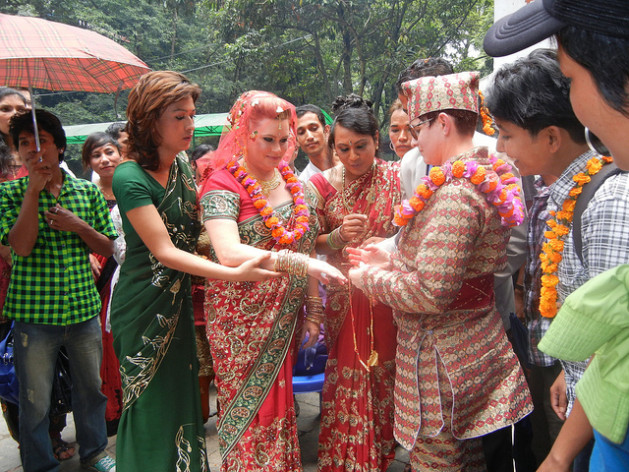 KOLKATA, Sep 1 2013 (IPS) - Naomi Fontanos is seeing a change from when she went holidaying in 2002. Then she had run into ignorance about transgender people or worse at hotels, restaurants and other business establishments in Boracay, the popular tourist destination south of Manila.

“[Boracay reflected] the general close-mindedness of Philippine society at that time towards lesbian-gay-bisexual-transgender (LGBT) issues,” Fontanos, founder of Gender and Development Advocates Filipinas, a prominent transgender rights group in the Philippines, told IPS.

“Many had never met a transwoman before.”

But the passing decade has seen remarkable changes sweeping travel destinations. Returning to the island last November, Fontanos saw her hotel sporting a rainbow-coloured flag, an indication it welcomed LGBT tourists. Other establishments too marketed themselves as gay-friendly.

The changes have been noted in London by Tris Reid-Smith, director and editor of Gay Star News, a news site focusing on LGBT issues worldwide.

Reid-Smith is revamping his site’s travel section to cash in on the growing importance of the pink dollar in the tourism industry.

“LGBT people travel more, take more holidays,” he told IPS. “With the recession in Europe and North America, families are finding it difficult to travel on holidays after meeting the priorities – food, gas bills, education for the children.

“LGBT families are smaller and travelling is more affordable for them.”

The economic change has made the travel industry realise that if they want to improve profit margins, they have to woo this growing segment.

After promotions to entice visitors from Australia and China, two of its largest tourist markets, Tourism New Zealand (TNZ) is now focusing on this neglected sector.

The trigger is the new Marriage Amendment Act that made same-sex marriages legal in the country from Aug. 19.

TNZ hosted one of these weddings, choosing gay Australian couple veterinarian Paul McCarthy and his partner Trent Kandler through a competition.

“Many countries have recently approved same-sex marriages,” Reid-Smith said. “Like the UK and some states in the U.S. In Asia, it is being discussed in Thailand and Vietnam. In India, colonial (anti-homosexuality) laws have been challenged.

A decade ago, many hotels refused to give same-sex couples double-bed rooms and they had to endure discrimination. “But now, with laws recognising them as 100 percent equal to other citizens, gay couples expect more respect,” Reid-Smith said.

Social media and the Internet have played a key role.

“Social media allowed people to discover what’s going on worldwide and comment,” he said. “It built relationships, confidence and a global community against homophobia.”

When gay rights activist Eric Ohene Lembembe was murdered in Cameroon in July, protests erupted in London. And when the Russian government showed an anti-homosexual bias, calls poured in from different parts of the world urging a boycott of the 2014 Winter Olympics to be held in Sochi.

“It is important for LGBT people to show that they are willing to boycott events, countries or people that are homophobic,” Jean Chong, founder of Sayoni, a Singapore-based platform for lesbian, bisexual, transgender and queer women, told IPS. “We can [take] our money elsewhere and we have a choice.”

Singapore is perceived as being more tolerant than its Muslim-majority neighbours like Malaysia, Indonesia and Brunei. It hosts gay film festivals, saw opposition member Vincent Wijeysingha become the first politician to come out, and its annual gay rally, Pink Dot, drew a record 21,000 people this year.

Still, it has laws that criminalise sex between men and dampen tourism numbers. Surveillance and censorship still exist, and sponsorships for gay events are hard to come by.

“LGBT tourists will be wary of countries that are not welcoming since there are many other choices these days,” Chong said. “Discriminatory policies also create an obstacle to events wanting to create awareness and cater to the LGBT community.”

Gay rights will be largely influenced by how India and China, the two Asian giants with a combined population of over two and a half billion people, treat the community, says Sunil Babu Pant, founder of the gay rights movement in Nepal.

Nepal, once a conservative Hindu kingdom closed to the outside world, recognised homosexuals as natural persons in 2008. The Supreme Court asked the government to make laws to protect their rights and allow same-sex marriages.

China de-recognised homosexuality as a mental illness in 2001 and public display of gay affection is regarded indulgently during Qixi festival, the Chinese Valentine’s Day. But the Beijing Queer Film Festival has faced repeated shutdowns by the state.

And while commerce capital Shanghai has been hosting an annual gay festival since 2009, public marches are still not allowed.

In India, there has been an increase in social acceptance since 2009, when the Supreme Court struck down part of an anti-homosexuality law that had made sex between men a criminal offence.

“We have seen more gay people coming out of the closet, pride parades in major cities and a vibrant gay night life emerging in the metros,” said Suraj Laishram, personal tour advisor at Indjapink, a New Delhi-based gay travel agency.