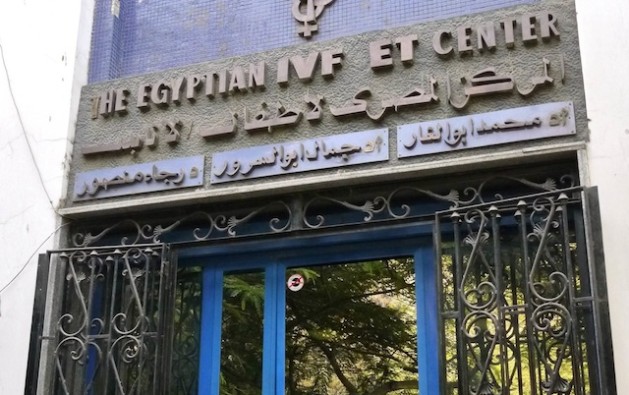 CAIRO, Oct 3 2013 (IPS) - The young couple inspecting Dr Bassem Elhelw’s Cairo Fertility Clinic knew what they wanted from him: a baby boy. They also knew they wanted the child by in vitro fertilisation (IVF).

After only four months of marriage they were already experienced at this game. They had seen two other fertility doctors, and the young woman had undergone two ovulation inductions to stimulate egg development.

Elhelw said that had his advice been to be patient and try less invasive procedures before going straight to IVF, the couple would have moved on to their fourth doctor.

Assisted reproductive technologies (ART) in Egypt have boomed of late. According to specialists such as Elhelw this is now a fertile area for practitioners in it only for the cash.

Doctors and reproductive experts say IVF treatments have risen significantly after the Jan. 25 revolution of 2011.

"It's easy for the wealthy but fertility is too important for Egyptians, even the poor will ask for money to get it done." -- Dr Ashraf Sabry, director of three fertility clinics

Across-the-board restrictions of what could be shown on television channels ended with the departure of former president Hosni Mubarak after the revolution. IVF clinics in Cairo and Alexandria began heavy advertising campaigns following the easing of restrictions.

Elhelw said a profusion of “infomercial”–style television advertising is now reaching once-isolated rural provinces, and greater awareness was creating excessive expectations of what the technology could do.

But beyond such specific changes, medical personnel say the 2011 revolution and the turmoil since have created a new dynamic. With the revolution came a governmental vacuum and a societal shift.

“I think what’s changed now is an attitude to infertility rather than cases of infertility,” Elhelw told IPS. “Attitudes changed because in the last two years things were happening very fast. The pace of life in Cairo used to be very slow.”

Sperm counts among Egyptian men are already low, as documented by Yale reproductive researcher Marcia Inhorn in her 2004 study Middle Eastern Masculinities in the Age of New Reproductive Technologies: Male Infertility and Stigma in Egypt and Lebanon.

Inhorn told IPS that Middle Eastern women, besides, suffer from an above-average incidence of polycystic ovary syndrome, and obesity-related problems are a major fertility issue for Egyptian women.

These problems have been exacerbated since the revolution, medical personnel say. Unemployment and social tensions are driving a change that has put shisha cafes at the centre of the social lives of young men and women, leading them to spend long hours in smoke-filled environments. Smoking is a known cause of infertility.

“Smoking is hematotoxic, it’s not good for sperm quality,” Inhorn said, adding that at least 50 percent of men in the Middle East smoke.

Dr Ashraf Sabry, director of three eponymous fertility clinics in and around Cairo, said 60 to 70 percent of his business was from male infertility. He attributes this partly to cigarettes and partly to a rise in the social acceptability of young men smoking in shisha cafes since 2011.

“It’s too easy to smoke,” he said. “These boys spend so much time in these cafes, they can go through two or three shishas at one time.”

He said unlicensed cafes were now common and it had become socially acceptable for young women to smoke shisha in cafes, as well as cigarettes, and young men and even boys were spending hours in shisha cafes where once they would not have been permitted entry.

Regulation of medical treatments has not been on the Egyptian government’s radar since January 2011. A draft law proposed in late 2010 to further regulate aspects of IVF such as sex selection fell by the wayside.

Ministry of Health spokesman Dr Mohamed Fathalla declined to say whether legislation would be introduced to control fertility centres.

The sector is loosely supervised by the Health Ministry and the Egyptian Medical Syndicate, and guided by Islamic law.

With governmental attention focussed elsewhere, bad practices are flourishing. Expensive and unnecessary procedures are thrust on patients such as full IVF treatment where only hormone regulation may be required.

Elhelw said he had not personally seen many women physically hurt by other doctors, but these cases were not uncommon in his clinic. Sabry said he saw “a lot” of women who had been physically, mentally and financially hurt by reckless practitioners.

“I will be happy [to see greater regulation]. These cowboys are hurting our business.”

Sabry said he had refused egg donation in his clinics. The practice is forbidden under Islamic law, though IVF is not.

IVF was introduced into Egypt in 1986 and a set of Islamic guidelines quickly followed. Many were reassured that such treatment was not forbidden by religion.

But since then, calls for a dedicated national supervisor, clinic registration, doctor accreditation, and the draft law in 2010 have fallen by the wayside as Egyptians focussed on building a new democracy.

This also means the precise number of clinics and practitioners is unknown.

Dr Ragaa Mansour, one of the pioneers of IVF in Egypt and a director of the Egyptian IVF&ET Centre, told IPS that “there is no national accreditation specific to IVF and there is no body that monitors and follows up the practice in each IVF centre.”

Serour does not believe legislation is needed.

Such legislation would inhibit flexibility with new technologies, he said.

By developed world standards these prices are low but minimum wage in Egypt is around 730 Egyptian pounds (105 dollars) a month. Yet people find the money somehow, says Sabry.

“It’s easy for the wealthy but fertility is too important for Egyptians, even the poor will ask for money to get it done.”