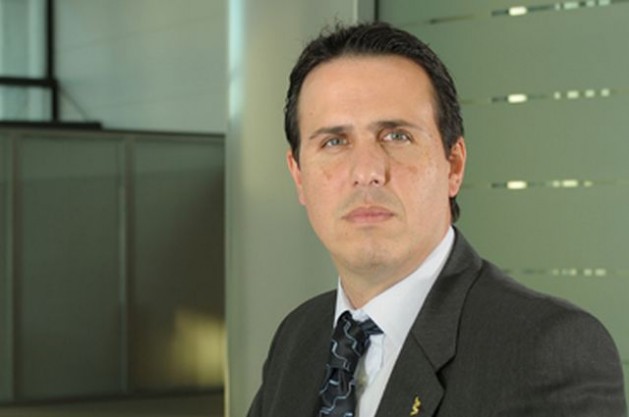 Diego Cánepa. Credit: Office of the Presidency of Uruguay

VIENNA, Apr 17 2014 (IPS) - The Uruguayan government has made a controversial move to regulate the production and sale of cannabis. The government believes that this will help in the fight against drug-related crime and in dealing with public health issues.

The move has been condemned by the UN’s International Narcotics Control Board (INCB), whose president Raymond Yans accused the country’s government of having a “pirate attitude” for going against the UN’s conventions on drugs.

"It is not our aim that anyone follow us or do what we have done."

Diego Cánepa, secretary of the office of Uruguayan President José Mujica, tells IPS that he believes a regulated marijuana market was the right decision for his country.

Q. How do you feel about your country being labelled “pirates” by the INCB for legalising the marijuana market?

A. Well, the INCB is just one UN body and it is just one opinion. They have a special mandate and that mandate is not to decide what approach each individual country should follow. We have had a discussion over the correct interpretation of the UN drugs conventions. We believe, and we have the evidence to show this, that our interpretation is correct. We followed the original spirit of the convention and we hope that the step which we have taken is the right one to create better control of the marijuana market in our country.

Prohibition was a big mistake in the last 40 years, so we believe that a strictly regulated marijuana market is the best way to fulfil the spirit of the UN drugs conventions.

Q. Do you get frustrated when you hear people from other countries talking about how what you are doing is wrong, for example from countries which have a much more conservative, hard line approach to drugs?

A. We very much respect every opinion. It’s an open discussion. We do not think that we have the whole truth in our hands. We listen very carefully to the opinions of other countries but we defend our sovereign right to do what we think is right for our own country and our people. And we believe that in terms of our health policies this is the best option for Uruguay.

We don’t want to be a model for other countries over this, we just think that this is the best way for our country and we will defend our right to take this option. But we are open to discussion. We think that prohibition is not the answer and overwhelming evidence has shown that it is a mistake. We don’t want to have this kind of policy. We need to have the right to explore a different approach to drugs.

Q. If you find that after a couple of years things are not going well with the legalisation or that you are not seeing the kind of results you want with regards to public health, would you be prepared to go back to a ban on drugs?

A. I think the question is different. First of all, a few years is not enough. You need at least eight, nine or ten years before you can draw any conclusions. We need to have a lot of evidence over a long time period to really understand what effects this policy is having.

Looking at public health, violence, drug consumption – all the evidence shows us so far that by regulating the market and making visible what has until now been an invisible market means that you can control that market better, and control trafficking and then you have less violence. But I think that if that doesn’t happen in ten years then we will have another debate on this. But I do not think we would go back to banning [marijuana]. We would need to find another answer.

Q. Are you happy when you see other countries doing things which are similar to what you have done? For example states in the U.S. which have legalised commercial marijuana sales.

A. Actually, what they have done in Colorado is much more than what we have done. There you are free to buy and sell what you want. They have a different model to us. But there are 18 states in the U.S. where marijuana can be bought for medical purposes. But that is just an euphemism because we know that the majority of people use marijuana not with a medical purpose but with a medical excuse.

We see that an individual state in the U.S. is operating this way with no federal overrule on it so it is impossible to not accept that there is a big, open debate on this when you have different countries around the world taking different approaches to the problem.

Q. Could you see other countries following your lead and regulating their marijuana markets?

A. I really don’t know and it is not our aim that anyone follow us or do what we have done. We do not want to be a model for any other country. We respect everyone else’s policies but we think that this is the best model for our country.