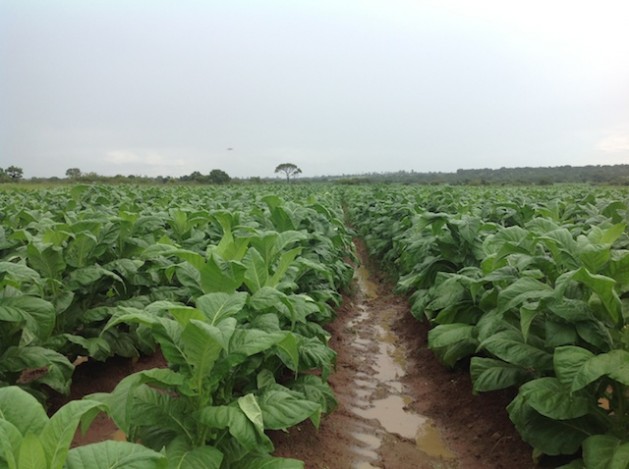 HARARE, May 11 2014 (IPS) - Madeline Murambwi sits behind the wheel of her brand new Toyota Land Cruiser, threading her way through the traffic in Zimbabwe’s capital, Harare. She’s on her way back from the tobacco auction floors where she just pocketed thousands of dollars.

“Tobacco farming is a brisk business here. Before joining it, I didn’t realise men were making lots of money out of this leaf. I have made great economic strides in my life,” Murambwi tells IPS, adding that she now also invests in property.

“So far I have made 42,000 dollars through tobacco sales, with more sales to come,” says Murambwi, 47, who has a 32-hectare tobacco farm in Zimbabwe’s Mashonaland East Province.

In 2012, Murambwi ventured into tobacco farming and her business continues to grow each season.

“Faced with responsibilities I couldn’t avoid as a single parent, I turned to tobacco farming as a way to generate a more reliable income,” Murambwi says.

On the Zimbabwean market, a kilogram of tobacco can sell from between 2,67 and 2,91 dollars, depending on the quality.

According to independent statistics from the Zimbabwe Association of Women Tobacco Farmers (ZAWTF), 85,006 farmers, 32 percent of whom are women, registered to grow tobacco during the 2013 to 2014 season.

The government’s Tobacco Industry Marketing Board, however, estimates that there are currently 110,000 small-scale tobacco farmers, of which 39,5 percent are women.

“The increase in women tobacco farmers here is actuated by an increase in the number of single mothers, either widowed or divorced, pressed hard with financial responsibilities of looking after their children … they are fast finding tobacco growing a panacea to turning around their fortunes,” ZAWTF chairperson Grace Mapuranga tells IPS. 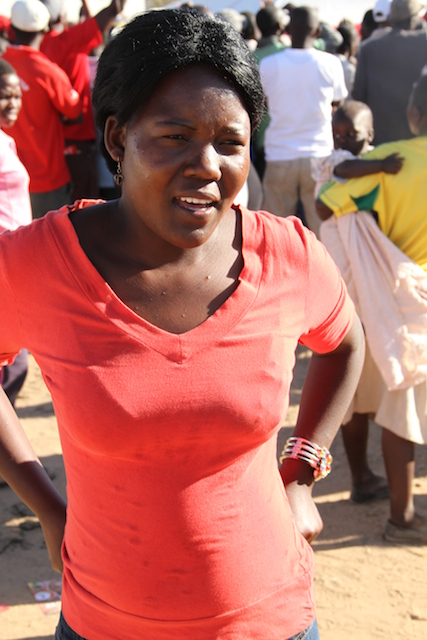 Elsie Msipa, 38, is one of Zimbabwe’s farmers who has seen her fortunes turned around by tobacco farming. Credit: Jeffrey Moyo/IPS

Elsie Msipa, 38, is one of those farmers who has seen her fortunes turned around by tobacco farming.

“Tobacco has changed my economic fortunes for the better. I now own clothing shops around Harare,” Msipa tells IPS.

She says her success if partly in thanks to the Ministry of Agriculture, Mechanisation and Irrigation Development, which has provided ”expert knowledge concerning growing tobacco and assistance from different tobacco experts.”

According to the agriculture ministry, the tobacco industry accounts for 40 percent of exports.

The ZAWTF estimates Zimbabwe’s 2013 tobacco exports at 771 million dollars, with women farmers contributing 25 percent of the total exported leaf. The Food and Agriculture Organisation of the United Nations ranks the country as one of the major tobacco exporters in the world. The leaf is exported to countries like China, Belgium, United Arab Emirates, South Africa, Russia, Hong Kong, Sudan and Malaysia.

Behind the success of these new tobacco barons are civic organisations.

“We provide support networks to these women, ensuring they have access to resources and skills training and development,” Phides Mazhawidza, director of Women Farmers, Land and Agricultural Trust, tells IPS.

“More often women lack support networks to assist them effectively utilise the land and market their produce. We create collaborations between women farmers and other organisations, government and private partners to enable them get the best out of their land,” adds Mazhawidza.

Jamela says as the number of economically-active women in the informal sector increases, it could result in female tobacco farmers overtaking their male counterparts as more Zimbabwean men are formally employed than women.

However, the Gender Links 2013 Barometer on Zimbabwe reported that although Zimbabwe’s economic framework calls for women’s participation in key sectors of the economy, there are no gender-responsive policies in the agriculture and mining sectors.

But a government official from the Ministry of Gender and Women Affairs and Community Development told IPS on the condition of anonymity that this would soon change.

“Plans are at an advanced stage for the government to align legal frameworks that would ensure equal opportunities between men and women in agriculture and mining ahead of the looming deadline of the 2015 U.N. Millennium Development Goals,” the official said.