In this column, Carlos Correa, the South Centre's special adviser on trade and intellectual property issues, argues that the global increase in number of patents does not indicate the strength of innovation but a weakening in the standards of what can be considered patentable. He calls for an intrinsically balanced system of protection of innovation that remains neutral in its effects on competition.

GENEVA, Sep 29 2014 (IPS) - The steady increase in patent applications and grants that is taking place in developed and some developing countries (notably in China) is sometimes hailed as evidence of the strength of global innovation and of the role of the patent system in encouraging it. 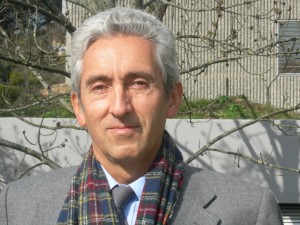 However, such an increase does not correspond to a genuine rise in innovation. It points instead to a major deviation of the patent system away from its intended objective: to reward those who contribute to technological progress by creating new and inventive products and processes.

The increase in the number of patents reflects, to a large extent, the low requirements of patentability applied by patent offices and courts. Patents granted despite the absence of a genuine invention detract knowledge from the public domain and can unduly restrain legitimate competition.

Low standards of patentability encourage a large number of applications that would not otherwise be made, leading to a world backlog estimated at over 10 million unexaminedpatents.

This problem affects various sectors. For instance, Nokia is reported to hold around 30,000 patents relating to mobile phones, a large part of which are likely to be invalid, while Samsung holds more than 31,000 patent families. A study covering various fields of clean energy technologies, including solar photovoltaic, geothermal, wind and carbon capture, found nearly 400,000 patent documents.

“The steady increase in patent applications and grants … does not correspond to a genuine rise in innovation. It points instead to a major deviation of the patent system away from its intended objective: to reward those who contribute to technological progress by creating new and inventive products and processes”

The proliferation of patents is particularly high and problematic in the pharmaceutical sector, where large companies actively seek to acquire broad portfolios of patents in order to extend patent protection beyond the expiry of the original patents on new compounds. These ever-greening strategies allow them to keep generic producers out of the market and charge prices higher than those that would otherwise exist in a competitive scenario.

For example, the basic patent for paroxetine, an antidepressant, expired in the late 1990s, whereas ‘secondary’ patents will extend up to 2018.

Ever-greening strategies by one company often force others to follow the same pattern as a defensive approach.  The proliferation of ‘secondary’ or ‘spurious’ patents can impose significant costs on patients and public health systems.

Several measures can be applied at the national level to avoid the proliferation of patents on trivial developments in full consistency with the Agreement on Trade-related Aspects of Intellectual Property Rights (TRIPS), because they fall within the policy space that World Trade Organisation (WTO) members have retained to design and apply their patent laws.

The most important policy that governments may implement is the rigorous application of the requirements of patentability, based on a thorough examination of patent applications. The TRIPS agreement neither defines the concept of ‘invention’ nor how such requirements need to be interpreted.

Thus, national laws may differentiate inventions and discoveries, and require that the former result from an inventive activity, thereby excluding pre-existing subject matter that is merely found, such as natural substances.

While some patent offices grant patents on the basis of legal fictions on novelty, there is no reason to follow such practices in other jurisdictions.

An example of this practice by some patent offices is to admit what are known as ‘selection patents’, whereby one of more items that were previously disclosed are independently claimed. This type of patents provide an effective means of ever-greening, because protection can be extended for the full length of a new patent, i.e. normally twenty additional years, despite the fact that novelty was actually lost when such items were first disclosed.

While some large patent offices, such as the U.S. Patent and Trademark Office, the European Patent Office and the Chinese Patent Office, seem to apply a lax inventive step standard thereby allowing for the granting of a large number of ‘low quality’ patents, there are strong public interest arguments to follow a different approach, particularly in developing countries.

A strict application of the industrial applicability/usefulness requirement, when provided for by the national law, may also contribute to prevent the grant of unwarranted patent rights.

This is the case, in particular, for claims on new medical uses, which are equivalent to claims over methods of treatment that have no industrial application or technical effect. The lack of industrial applicability may be a sufficient ground to reject such claims.

Given the policy space left by the TRIPS agreement to adopt their own definitions of the patentability standards, and to do so consistently with their legal systems and practices, governments can follow different methods to ensure that patents are granted only when there are sufficient merits under the applicable law.

Governments may introduce specific standards in the patent laws themselves. A notable case is the Indian Patent Act, as amended in 2005, which incorporated in section 3(d) specific standards to assess patent applications in the field of chemicals and pharmaceuticals.

In a case brought by Novartis (a Swiss pharmaceutical company) against the rejection of its patent application relating to a beta crystalline form of imatinib mesylate, the Indian Supreme Court held that the claimed invention failed in both the tests of invention and patentability.

Finally, it is worth noting that in applying patentability standards, patent offices can differentiate, in line with the TRIPS agreement, among fields of technology in order to take into account particular features of specific sectors and public policies objectives, for instance in relation to the promotion of generic drugs.

Measures to accommodate these differences constitute a necessary response to the diversity of technologies and, consequently, a condition sine qua non for an intrinsically balanced system of protection that remains neutral in its effects on competition. (END/IPS COLUMNIST SERVICE)

This column is taken from the author’s research paper on ‘Tackling the Proliferation of Patents: How to Avoid Undue Limitations to Competition and the Public Domain’, published by the South Centre (http://www.southcentre.int/research-paper-52-august-2014/).