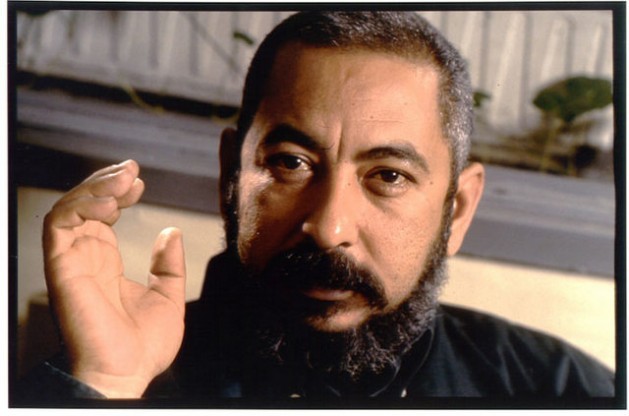 HAVANA, Jan 21 2015 (IPS) - All Cubans, on either side of the Florida Straits, but in places like Spain, France or Greenland – where there must be a couple of Cubans – as well felt it was a historic moment that included each and every one of us, when U.S. President Barack Obama announced on Dec. 17 the normalisation of relations after half a century of hostility.

Those of us who are in Cuba felt that way precisely because we live here; and those who live abroad felt it because of the various motives that prompted them, at different times and for a range of reasons, to move away and rewrite their lives.

The great majority met the news with joy and hope; a smaller percentage felt a sensation of defeat and even betrayal; and another small group perhaps felt little about what the decision might mean for their futures.

But what is indisputable is that each one of us was shocked by the announcement, which some media outlets even dubbed “the news of the year” – extraordinary, really (even if you consider it an exaggeration), given that we’re just talking about the normalisation of ties between the United States and a small Caribbean island nation that is not even decisive in the economy of the region and supposedly does not influence the world’s big political developments.

But for years Cuba’s small size, in terms of both its geography and economy, has been far out of proportion to its international stature and influence, and the “news of the year” really was (or may have been) such due to several reasons, besides the emotional ones that affected us Cubans.

We Cubans who live on the island have already felt a noticeable initial benefit from the announced accords: we have felt how a political tension that we have lived in for too many years has begun to ease, and we can already feel it is possible to rebuild our relationship with a neighbour that is too powerful and too close, and relate to each other if not in a friendly way, then at least in a cordial, civilised manner.

This was because of its symbolic nature as a major step towards détente and as a final stop to the long-drawn-out epilogue to the Cold War, as acknowledgement of a political error sustained by the United States for far too long, because of its weight in inter-American relations, and because of its humanistic character thanks to the fact that the first concrete measure was a prisoners swap, which is always a moving, humanitarian move.

And it also was so because in a world where bad news abounds, the fact that two countries that were at a political standoff for over half a century decided to overcome their differences and opt for dialogue is somewhat comforting.

Three weeks later, the machinery that will put that new relationship in motion has begun to move. On the eve of U.S. Assistant Secretary of State for Western Hemisphere Affairs Roberta Jacobson’s visit to Havana to start high-level “face-to-face” talks with the Cuban government, President Obama announced the introduction of his government’s first measures towards change.

The policies will make it easier for people from the U.S. to travel to Cuba, expand the remittances people can send to Cuba, open up banking relations, increase bilateral trade in different areas, and help strengthen civil society by different means, including improved information and communications and economic support for entrepreneurs.

Cuba, meanwhile, released prisoners with regard to whom Washington had expressed concern.

The measures recently implemented by Obama could be extremely significant for Cuba. Above all because they have punched holes in the straitjacket of the half-century embargo and have practically made its removal a question of time, and since they eliminate many of the fears that investors from other countries had with regard to possibly investing here.

Cuba, in the meantime, is waiting to be removed from the U.S. government’s list of nations that sponsor terrorism, which it has been on for years.

And on both sides of the Straits, Cubans have an understandable sense of uncertainty about the future of the Cuban Adjustment Act, which guaranteed U.S. residency to any Cuban who set foot on U.S. soil – an issue that will surely be discussed during Jacobson’s visit.

But while the political agreements are moving along at a surprising pace, we Cubans insist on asking ourselves how this new situation created since Dec. 17 will play out on the island.

Because while Obama’s intention is to bring about a change in policy that will lead to a transformation of the system in Cuba, at the same time there are decisions that the Cuban government will be adopting internally to take advantage of the useful aspects of the new relationship and eliminate potential dangers.

The possible massive arrival of U.S. citizens to Cuba could be the first visible effect.

Today the island receives three million visitors a year. That number could double with the new regulations announced by Obama. Everyone is asking themselves whether the country is prepared for this – and the answers are not overly encouraging in general.

After a lengthy crisis triggered by the disappearance of the Soviet Union and its generous subsidies, and the stiffening of the U.S. embargo with the Torricelli Act [of 1992] and the Helms-Burton Act [of 1996, which included extra-territorial effects], Cuba today is a country with serious problems of infrastructure in communications, roads, transportation, buildings and other areas.

The lack of resources to make the necessary investments also affects the purchase of products that the presumed visitors would demand and will create difficulties for domestic consumption, where there are already problems of high prices and occasional shortages.

Perhaps the first to benefit from the massive arrival of U.S. citizens to Cuban shores will be the small businesses that offer accommodation (and the thousands of other people connected to them).

Currently in a city like Havana there aren’t enough rooms in the hotels (which belong to the state or are joint ventures with foreign companies), let alone quality service in the state-owned restaurants that would make them competitive.

That means a significant part of the money that will circulate will pass through the hands of those involved in private enterprise (the so-called “cuentapropistas” or self-employed) – a sector that even though they must pay high taxes to the state and extremely high prices for inputs purchased in the retail market (because the wholesale market that they are demanding does not yet exist), will make major profits in the scenario that will take shape in the near future.

And this phenomenon will contribute to further stretching the less and less homogeneous social fabric of this Caribbean island nation.

Another of the major expectations in Cuba is for the chance to travel to the United States because, even though this has become much more of a possibility in recent years, obtaining a visa is still a major hurdle.

And there are new questions among those who hoped to settle down in the United States under the Cuban Adjustment Act, and who now have the added possibility of not losing their citizenship rights on the island under the protection of the migration laws approved two years ago by the government of Raúl Castro, which eliminated the rule that if a Cuban stayed overseas for a certain amount of time, their departure was automatically seen as permanent, and they lost their rights and assets on the island.

And then there is the less tangible but no less real aspect of discourse and rhetoric. Half a century of hostility on many planes, including verbal, should begin to wane in the light of the new circumstances.

The “imperialist enemy” and “communist menace” are sitting down at the same table to seek negotiated solutions, and the language will have to adapt to that new reality to achieve the necessary comprehension and the hoped-for political accords.

In the meantime, we Cubans who live on the island have already felt a noticeable initial benefit from the announced accords: we have felt how a political tension that we have lived in for too many years has begun to ease, and we can already feel it is possible to rebuild our relationship with a neighbour that is too powerful and too close, and relate to each other if not in a friendly way, then at least in a cordial, civilised manner.

For that reason many of us – I include myself – have felt since Dec. 17 something similar to waking up from a nightmare from which almost none of us believed we could escape. And with our eyes wide open, we can catch a glimpse of the future, trying to see shapes more clearly through the haze.

Edited and translated by Stephanie Wildes