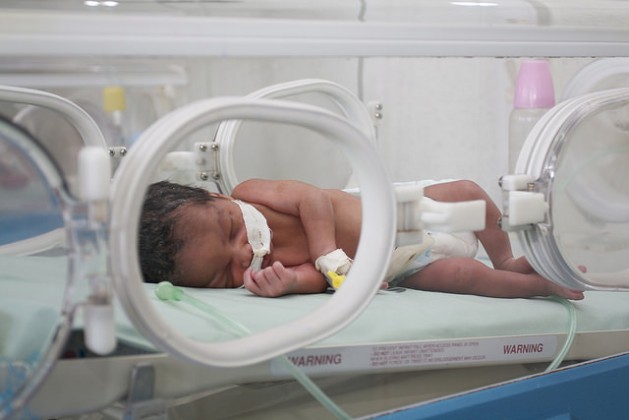 HARARE, Jan 17 2015 (IPS) - Fifty-one-year-old Mateline Msipa is living with HIV. Her 17-year-old daughter, born after Msipa was diagnosed with the virus, may also have it, but she has never been tested.

“My daughter is not aware of my HIV status and with the stigma associated with the disease, it is hard for me to now open up to her about my status,” Msipa told IPS.

“Talk of rejection, talk of stigma and discrimination about HIV-positive people here has rendered me confused on whether or not I should get tested for HIV/AIDS, although I don’t know what killed my parents." -- 13-year-old Tracey Chihumwe

Msipa’s daughter says she has never attempted to undergo an HIV test despite Zimbabwe’s revised testing guidelines allowing children of her age to get one without parental consent.

“I have no reason to get tested for HIV because I have never engaged in sexual intercourse before,” the 17-year-old told IPS.

Figures show that thousands of children in Zimbabwe are infected with HIV – presenting a major battlefield for government efforts to defeat the spread of HIV /AIDS nationwide.

The U.N. agency UNAIDS estimates that nearly 200,000 children from birth to age 14 have the virus but are not in treatment because they have not been properly tested. It is a trend that researchers term “suboptimal” counseling and testing in that southern African country.

“Children often get tested for HIV [only] when they fall critically ill, which usually doesn’t save them from dying,” Letwin Zindove, an independent health expert who works as an HIV/AIDS counselor here, told IPS.

The new estimate threatens to dash the southern African nation’s effort to meet a U.N. goal of reversing the incidence of infection in the population by 2015.

Older children – between six and 15 – who might have acquired HIV at birth are especially vulnerable to a major outbreak of full-blown AIDS. A study last year by the London School of Hygiene and Tropical Medicine found this group received inadequate access to provider-initiated HIV testing and counselling by primary care-givers. 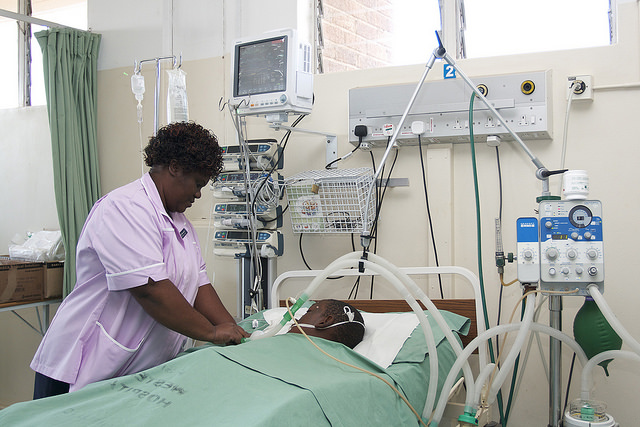 The study found health-care workers were reluctant to offer testing which could expose the child to abuse if he or she tested positive. On top of this, long waiting periods for appointments also hindered routine testing and counseling.

Last year, Zimbabwe launched its revised national guidelines for HIV testing and counselling with special emphasis on couples, children and adolescents as it stepped up efforts to halt the spread of the virus ahead of the 2015 deadline of the U.N. Millennium Development Goals (MDGs).

Under these guidelines, a child aged 16 years or older is eligible to give full consent for HIV testing and counselling.

However, the study found that many healthcare workers don’t fully understand the new guidelines.

“They expressed confusion about the age at which a child could choose to test him/herself, what type of caregivers qualified as legal guardians, and whether guardians had to undergo testing themselves first,” it said.

The appearance of a slow-progressing HIV disease among children has also contributed to dangerous delays in testing. New research has found that a substantial number of HIV-infected children survive to older adulthood. Delaying testing and diagnosis until symptoms appear results in a high risk of chronic complications such as stunting and organ damage.

Under the U.N.’s MDG Target 6A, countries should have halted new infections and begun to reverse the spread of HIV/AIDS by 2015.

Zimbabwe’s numbers of HIV incidence may be high (14.7 percent of adults) but the numbers are higher yet in South Africa (17.8 percent), Botswana (23 percent), Lesotho (23.6 percent), and Swaziland 25.9 percent.

While most countries are achieving a measure of success towards the U.N. goal, two have been a major health care disappointment.

Uganda, once hailed as a Cinderella success story, and Chad have seen a rise in infections. It is a disappointing turnaround from the 1990s when an aggressive public awareness campaign that urged medical treatment and monogamous sexual relationships led to a precipitous drop in infection rates in Uganda.

In 2012, H.I.V. infection rates in Uganda were seen to have increased to 7.3 percent from 6.4 percent in 2005. Over roughly the same period, the United States, through its AIDS prevention strategy known as Pepfar, or the President’s Emergency Plan for AIDS Relief, spent 1.7 billion dollars in Uganda to fight AIDS.

Activists say children are not immune to the deep-rooted stigma surrounding HIV/AIDS here — another barrier to testing.

“Zimbabweans are one huge community, closely-knit, and once a child is tested for HIV, it becomes difficult for it to remain confidential, resulting in any child tested becoming exposed to stigma,” Sifiso Mhofu, an affiliate of the Zimbabwe National Network of People living with HIV, told IPS.

This problem is very real for orphans like 13-year-old Tracey Chihumwe (not her real name) from Mabvuku, a high-density suburb of Harare, the Zimbabwean capital.

“Talk of rejection, talk of stigma and discrimination about HIV-positive people here has rendered me confused on whether or not I should get tested for HIV/AIDS, although I don’t know what killed my parents,” Chihumwe told IPS.

The Zimbabwean government is now struggling to ensure to that 85 percent of the population – including children and adolescents – knows their HIV status by the end of this year, in a desperate bid to meet the MDGs deadline in December.

But this will not be an easy task.

“Despite revised guidelines of HIV testing for children, pockets of resistance to get children tested for the virus exist from children themselves, parents and guardians as well,” a top government official, who requested to remain anonymous for professional reasons, told IPS.