Leon Anderson is a retired American businessman and author who worked extensively in international markets. 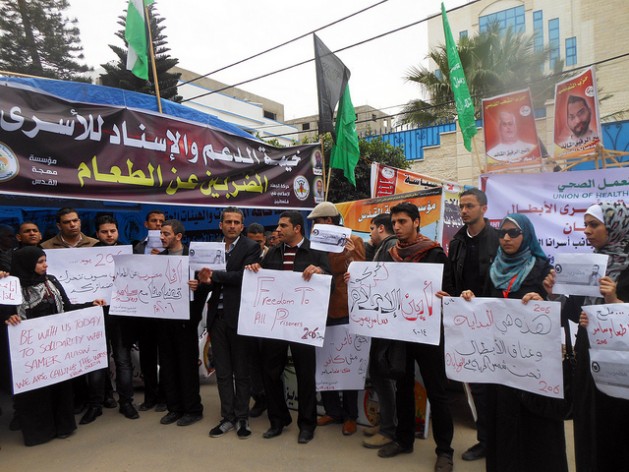 PHILADELPHIA, Feb 27 2015 (IPS) - There is a currently popular idea in Washington, D.C. that the United States ought to be doing more to quash the recently born Islamic States of Iraq and Syria (ISIS), because if we don’t, they will send terrorists to plague our lives.

Incredibly, most of the decision makers and policy influencers in Washington also agree that America has no standing in the Middle East; that is, the U.S. has no natural influence based on territorial proximity, ethnicity, religion, culture, politics or shared history. In short, the only apparent reason for our presence in the Middle East is to support Israel.

To say that the United States is universally resented by everyone in the region is a massive understatement. That we are hated, despised, and the sworn enemies of many, is not difficult to understand. There is no moral ground under our feet in any religion. Stealing is universally condemned.

Abetting in the pillaging of Palestinians and their land is hard to justify. Yet we keep sending Israel military and financial aid, we support them in the United Nations, and we ignore the pleas of Israel’s neighbours to stop the spread of settlers on more stolen land.

There was once an old canard that we had to intervene in the Middle East to protect the flow of oil to Western Europe and America. But since the defeat of Nazi Germany in North Africa, that threat has never again existed. The fact is that the source of most of the wealth in the Middle East is oil, which is a commodity; there’s a lot of it all over the world.

If it’s not sold, the producer countries’ economies collapse, because that’s all they have on which to survive. They are, few of them in the Middle East, industrial economies, or mercantile economies. They are almost completely dependent on oil exports to Europe and Asia for their economic survival.

The oil crunch in 1973 that saw prices rise in the West and shortages grow was a temporary phenomenon produced by the Persian Gulf countries that was impossible to sustain. It was like a protest movement, a strike. It ended by costing OPEC a lot of money and by spurring a world-wide surge in exploration and drilling for more oil supplies.

Therefore, we get down to the real reasons why the United States is involved militarily in the Middle East. One, we clearly don’t need their oil. A possible reason for being there is conquest: we covet Iraq or Syria or Afghanistan for ourselves. I think we can dismiss that notion as absurd and move on.

Then the question screams: Why are we there? Why are we continuing to give ISIS and other extremist, nationalistic groups a reason to hate us and want to destroy us?

The only answer is Israel. We have made Israel the artificial hegemonic power in the region against the will of everyone who is native to the area. We have lost all credibility among Arabs, all moral standing and nearly all hope of ever restoring either.

The United States has become a pariah in the Middle East, and the result is that we will be faced with endless war and terrorist attacks for ages to come unless we make a dramatic change of course in our foreign policy—namely, stop supporting an Israeli regime that will not make peace with its neighbours.

An organisation called the Jewish Voice for Peace has endorsed a call from Palestinians for a boycott of Israel, divestment of economic ties, and sanctions (on the order of those imposed on Iran and Russia) to encourage Israel to end its occupation and colonization of all Arab lands occupied since 1967.

The JVP urges Israel to dismantle the grotesque wall they have built to keep the Palestinians out of territory that was once theirs; to recognise Palestinians as citizens of Israel with equal rights; and to recognise the right of refugees to return to their homes and properties in Israel as stipulated in U.N . Resolution 194.

The argument that we are fighting ISIS because they threaten our democracy is absurdly infantile. That’s another of those political throwaways we hear because our leaders think we’re all simpletons who can’t figure things out for ourselves.

How on earth could 40,000 or 100,000 disaffected Arabs destroy American democracy? They are fighting us because we are there fighting them. Let us go home, and they would have no reason to fight us.

Instead, Russia got drunken and loutish leadership until a strongman, in the Russian historical context, Vladimir Putin, took over. Democracy cannot be exported. It has to be wanted and won in the light of local historical, religious, social and economic needs. If they want what we have, Arab women will find a way to get it.

In spite of all this more or less common knowledge, the prime minister of Israel, Benjamin Netanyahu, warns us that if we don’t crush Iran, if we don’t continue to support Israel and back their hegemony, the world will collapse in anarchy, and democracy will be lost to all of us. I ask you: how much of this nonsense are you willing to take? Someone has to begin a discussion on what the hell we’re doing in the Middle East—and do it soon.