In this column, Guillermo Medina, a Spanish journalist and former Member of Parliament, analyses the negotiations between Greece and the Eurogroup and concludes that Germany, currently Europe’s dominant power, has achieved its basic goal: the consolidation of austerity as the fundamental dogma of the new European economic order. This, says the author, is a milestone in the political tussle in the European Union since the reunification of Germany between moving towards a Europeanised Germany or a Germanised Europe.

MADRID, Mar 4 2015 (IPS) - At last, on Tuesday Feb. 24, the Eurogroup (of eurozone finance ministers) approved the Greek government’s commitment to a programme of reforms in return for extending the country’s bailout deal.

The agreement marks the end of tense and protracted negotiations. It consists of a four-month extension for the second bailout programme worth 130 billion euros (over 145 billion dollars), in force since 2012 and which was due to expire on Feb. 28. The first bailout was for 110 billion euros, equivalent to 123 billion dollars. 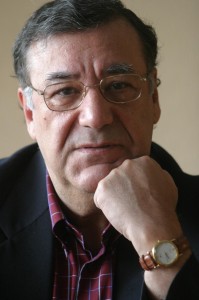 During this period, the European Central Bank (ECB) will provide Greece with liquidity and the terms of a new bailout will be hammered out.

The eleventh-hour agreement was no doubt motivated partly by fears that a “Grexit” – Greek withdrawal from the eurozone monetary union – would have triggered a financial earthquake with unforeseeable consequences. The result is a very European-style compromise that averts catastrophe and gains time while avoiding facing the underlying problems.

In exchange for an extension of financial support from Greece’s partners and creditors, Prime Minister Alexis Tsipras will have to submit all his government’s measures during this period to Eurogroup inspection.

But the deal promises Greece more than just restrictions. The country will have to pay its debts to the last euro, but if, as seems probable, deadlines for primary surplus targets are extended, the country will have greater ability to pay (France has just secured this for itself).

In the final document, Greece promised to adopt a tax reform that would make the system fairer and more progressive, as well as reinforce the fight against corruption and tax evasion and reduce administrative spending.

“Germany has undeniably secured its basic goal: the enshrining of austerity as the fundamental dogma of the new European economic order, although political prudence and even self-interest have softened the application of the dogma, and may continue to do so in future”

If the government pursues these goals, together with the fight against contraband, efficiently and with determination (as indeed it should, because they are part of its programme and target its domestic enemies), the income will be helpful for the application of its social and economic programmes.

In view of the successive positions that Greece has had to relinquish in the course of the negotiations, it appears that the country has achieved the little that could be achieved.

The negotiations between Greece and its European partners mark a milestone in the political tussle in the European Union since the reunification of Germany in 1990, between moving towards a Europeanised Germany or a Germanised Europe.

Germany has undeniably secured its basic goal: the enshrining of austerity as the fundamental dogma of the new European economic order, although political prudence and even self-interest have softened the application of the dogma, and may continue to do so in future.

Germany has openly tried to impose its convictions and its hegemony on Europe. Greece was only the immediate battlefield. Brussels and Berlin have been divided from the outset about how to solve the Greek crisis, but Germany prevailed.

However, the masters of Europe do not have any interest in “destroying” Greece, and so cutting off their nose to spite their face. They are satisfied with a demonstration of the asymmetry of power between the two sides, and the public contemplation of assured failure for whoever defies the status quo and supports any policy that deviates from the one true official line.

The problem with a Germanised Europe is not the preponderant role that Germany would play, but that it would impose a “Made in Germany” model of Europe that conforms to its own interests. That is how it would differ from a Europeanised Germany.

The Greek crisis has highlighted the ever-widening contrast between the values and ideals that we consider to be central to the European project, such as solidarity, mutual aid and social justice, and the new values that set aside basic aims like full employment, social welfare and equal opportunities.

It is paradoxical that Europe, which is apparently absent from or baffled by threats from the opposite shore of the Mediterranean, should take a harsh, tough attitude with a small partner overwhelmed by debt. It is also paradoxical that structural reforms are demanded of Greece, without admitting Europe’s own urgent need to redesign the eurozone and reframe the policies that have led to the poor performance of its monetary union.

The Greek crisis and the difficulties in overcoming it have a great deal to do with a design of the euro that benefits financial interests, particularly Germany’s.

The project neglected the harmonisation of tax policies and created a European Central Bank that lacked the powers that permit the U.S. Federal Reserve and the Bank of England to issue money and buy state debt.

As is well known, the ECB has made loans to European banks at very low interest rates, and they in turn have made loans to states, including Greece, at much higher interest. Government debts thus mounted up, and in order to pay they were forced to cut public spending.

Why does Europe persist in following failed policies while refusing to follow those that have lifted the United States out of recession? The only explanation is stubborn attachment to an ideological vision of economic policy that is devoid of pragmatism.

How can insistence on the path of error be explained at such a time? There may well be a quota of incompetence, but the basic reason is, as Nobel prize-winners Joseph Stiglitz and Paul Krugman affirm, that the goal of the policies imposed by the “Troika” (European Commission, ECB and International Monetary Fund) is to protect the interests of financial capital. And this is because the powers of political institutions, the media and academia, are dominated by financial capital, with German financial capital at the core.

Financial interests are essentially capable of shaping the decisions of European governance institutions. In the United States this subservience is less clear-cut, allowing hefty penalties to be imposed on certain banks, as well as the development of other economic strategies.

This is because independent mechanisms of control and oversight exist, the Federal Reserve has well-defined goals (whereas the ECB has spent years fighting the insistent threat of inflation), and there is democratic administration with the political will to resist.

In conclusion: the issue is to clarify what sort of Europe the citizens of Europe want, and what institutional changes are needed to achieve it.

And even more importantly, having seen the consecration of German hegemony over the Old World, what sort of German leadership would be compatible with a united Europe based on solidarity? Is this even possible? (END/IPS COLUMNIST SERVICE)