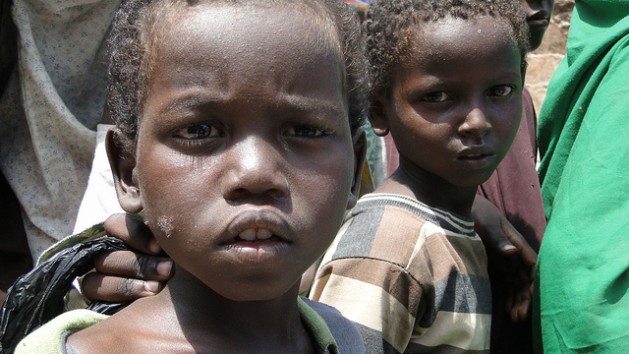 Nearly 50 percent of the estimated 3.4 million people who were physically or economically displaced by World Bank-funded projects in the last decade were from Africa and Asia. Credit: Abdurrahman Warsameh/IPS

UNITED NATIONS, Apr 16 2015 (IPS) - An expose published Thursday by the International Consortium of Investigative Journalists (ICIJ) and its media partners has revealed that in the course of a single decade, 3.4 million people were evicted from their homes, torn away from their lands or otherwise displaced by projects funded by the World Bank.

Over 50 journalists from 21 countries worked for nearly 12 months to systematically analyse the bank’s promise to protect vulnerable communities from the negative impacts of its own projects.

"The situation is simply untenable and unconscionable. Enough is enough.” -- Kate Geary Oxfam’s land advocacy lead
Reporters around the world – from Ghana to Guatemala, Kenya to Kosovo and South Sudan to Serbia – read through thousands of pages of World Bank records, interviewed scores of people including former Bank employees and carefully documented over 10 years of lapses in the financial institution’s practices, which have rendered poor farmers, urban slum-dwellers, indigenous communities and destitute fisherfolk landless, homeless or jobless.

In several cases, reporters found that whole communities who happened to live in the pathway of a World Bank-funded project were forcibly removed through means that involved the use of violence, or intimidation.

Such massive displacement directly violates the Bank’s decades-old Twin Goals of “[ending] extreme poverty by reducing the share of people living on less than 1.25 dollars a day to less than three percent of the global population by 2030 [and] promote shared prosperity by improving the living standards of the bottom 40 percent of the population in every country” – goals that the Bank promised to “pursue in ways that sustainably secure the future of the planet and its resources, promote social inclusion, and limit the economic burdens that future generations inherit.”

Far from finding sustainable ways of closing the vast wealth gaps that exist between the world richest and poorest people, between 2009 and 2013 “World Bank Group lenders pumped 50 billion dollars into projects graded the highest risk for “irreversible or unprecedented” social or environmental impacts — more than twice as much as the previous five-year span.”

The investigation further revealed, “The World Bank and its private-sector lending arm, the International Finance Corp., have financed governments and companies accused of human rights violations such as rape, murder and torture. In some cases the lenders have continued to bankroll these borrowers after evidence of abuses emerged.”

Nearly 50 percent of the estimated 3.4 million people who were physically or economically displaced by large-scale projects – ostensibly aimed at improving water and electricity supplies or beefing up transport and energy networks in some of the world’s most impoverished nations – reside in Africa, or one of three Asian nations: China, India and Vietnam.

Between 2004 and 2013, the World Bank, together with the IFC, pledged 455 billion dollars for the purpose of rolling out 7,200 projects in the developing world. In that same time period, complaints poured in from communities around the world that both the lenders and borrowers were flouting their own safeguards policies.

In Ethiopia, for instance, reporters from the ICIJ team found that government officials siphoned millions of dollars from the two billion dollars the Bank poured into a health and education initiative, and used the money to fund a campaign of mass evictions that sought to forcibly remove two million poor people from their lands.

Over 95,000 people in Ethiopia have been displaced by World Bank-funded projects.

In a report released earlier this month, Oxfam claimed that the “International Finance Corporation has little accountability for billions of dollars’ worth of investments into banks, hedge funds and other financial intermediaries, resulting in projects that are causing human rights abuses around the world.”

In the four years leading up to 2013, Oxfam found that the IFC invested 36 billion dollars in financial intermediaries, 50 percent more than the sum spent on health and three times more than the Bank spent on education during that same period.

The new model, of pumping money into an investment portfolio in financial intermediaries, now makes up 62 percent of the IFC’s total investment portfolio, but the “painful truth is that the IFC does not know where much of its money under this new model is ending up or even whether it’s helping or harming,” Nicolas Mombrial, head of Oxfam International’s Washington DC office, said in a statement on Apr. 2.

Investments made to what the Bank classifies as “high-risk” intermediaries have caused conflict and hardship for thousands on palm oil, sugarcane and rubber plantations in Honduras, Laos, and Cambodia; at a dam site in Guatemala; around a power plant in India; and in the areas surrounding a mine in Vietnam, according to Oxfam’s research.

In response to widespread criticism over such lapses, the Bank is now in the process of overhauling its safeguards policy, but officials say that instead of making vulnerable communities safer, the new policy will only serve to increase their risk of displacement.

Citing current and former Bank employees, the ICIJ investigation claims, “[The] latest draft of the new policy, released in July 2014, would give governments more room to sidestep the Bank’s standards and make decisions about whether local populations need protecting.”

In a response to the ICIJ investigation released today, Oxfam’s land advocacy lead Kate Geary stated, “ICIJ’s findings echo what Oxfam has long been saying: that the World Bank Group – and its private sector arm the IFC in particular – is sometimes failing those people who it aims to benefit: the poorest and most marginalised […].

“It’s not just Oxfam and the ICIJ who say this – these disturbing findings are backed up by the Bank’s own internal audits which found, shockingly, that the Bank simply lost track of people who had to be “resettled” by its projects. President Kim himself has acknowledged this as a failure – and he’s right. The situation is simply untenable and unconscionable. Enough is enough.”

She stressed that the Bank must “provide redress through grant funding to those people it has displaced and left worse off […], enact urgent and fundamental reforms to ensure that these tragedies are not repeated [and] revise its ‘Action Plan on Resettlement’, released just last month by Kim in response to the critical audits, because it is inadequate to stem the terrible results of the worst of these projects.”