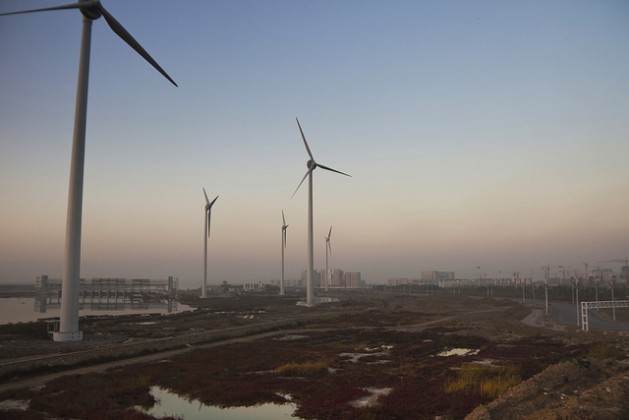 The plan includes a commitment to peak emissions around the year 2030, reduce carbon intensity 60 to 65 percent from 2005 levels, and increase the share of non-fossil fuels in its energy mix by about 20 percent by 2030.

The pledges are part of China’s so-called Intended Nationally Determined Contribution (INDC), which every country must submit ahead of the December U.N. climate talks in Paris (COP21). At that high-level meeting, a global climate deal is expected to be agreed which will come into force by 2025.

“China’s INDC is a positive boost to the ongoing international climate change process leading to Paris,” said Changhua Wu, Greater China Director of The Climate Group. “China’s efforts to align its domestic growth agenda and global climate change agenda is a leading example of how a fundamental shift is needed to grow the economy differently.”

According to data from The Climate Group, China is currently the world’s biggest investor in clean energy, spending a record 89.5 billion dollars last year to account for almost a third of the world’s total renewables investment.

China’s rapid economic growth is still largely based on coal, which still accounts for two-thirds of its energy mix. However, the growth of its renewables sector is already having an impact, with the National Bureau of Statistics of China reporting that in 2014 coal consumption fell 2.9 percent even while its total energy consumption grew, thanks to a 16.9 percent share from clean energy including wind and hydro.

“China is largely motivated by its strong national interests to tackle persistent air pollution problems, limit climate impacts and expand its renewable energy job force,” she said in a statement. “More than 3.4 million people in China are already working in the clean energy sector.”

At the moment, the world seems set on a path for a potentially catastrophic temperature rise of up to 4 degrees C., not the less than 2 degrees that is seen as a critical threshhold, according to Janos Pasztor, the U.N.’s assistant secretary general and Ban Ki-moon’s chief adviser on climate change.

Around 40 countries have submitted INDCs thus far, but experts believe bolder targets are needed across the board.

The International Energy Agency has already warned that the INDCs submitted “will have a positive impact on future energy trends, but fall short of the major course correction required to meet the 2 Celsius degrees goal.”

“It is clear that China’s plan to tackle carbon emissions and build an economy on renewables and clean technology is firmly embedded at the highest level of government. We hope that India, Brazil and others will soon follow and show the required level of ambition,” said Mark Kenber, CEO of The Climate Group.

A survey released earlier this month found that China leads the world in public support for government action on climate change.

And a new study by the London School of Economics (LSE) predicts that China’s greenhouse gas emissions could peak by 2025, five years earlier than the time frame indicated by Beijing, thanks to steady reductions in coal consumption.