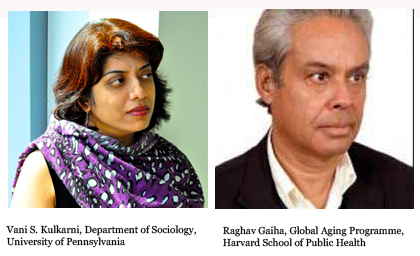 PHILADELPHIA AND BOSTON, Nov 10 2015 (IPS) - Few dispute that women’s autonomy and betterment of their lives are moral imperatives. But whether these are also key to economic development is contested.

In an admirably cogent article, Esther Duflo (2013) evaluates a bi-directional relationship between women’s empowerment and development. Although somewhat overemphatic about the role that development alone can play in driving down gender inequality, she highlights that affirmative action has an important role, too. Amartya Sen, in several influential writings, however, has forcefully argued that continuing discrimination against women can hinder development. We are inclined to this view as “masculinity” is unrelated to development.

Dominance and control over women are set in male attributes and behaviour (“masculinity”), regarded as a shared social ideal. Masculinity is characterised by two factors — namely, “relationship control” as a behavioural attribute and “attitudes towards gender equality” as an underlying value. Behavioural changes are, however, slower than changes in male attitudes (UNFPA, 2014).

Women’s empowerment is defined “as improving the ability of women to access the constituents of development—in particular health, education, earning opportunities, rights, and political participation” (Duflo, 2012).

Gender equality and empowerment of all women and girls are enshrined in SDG 5. This is an ambitious goal. The litany of sub-goals is impressive but daunting. These include ending of all forms of discrimination against all women and girls; elimination of all forms of violence against them in the public and private spheres, including trafficking and sexual exploitation; ensuring their full participation in opportunities for leadership in political, economic and social spheres; universal access to sexual and reproductive health and reproductive rights; and equal rights to all economic resources including land.

Duflo argues that gender inequality is often greater among the poor, both within and across countries. Moreover, within countries, gaps between boys and girls persist in poorer and more isolated communities. But economic growth, by reducing poverty and expanding livelihood opportunities, has the potential for reducing gender inequality.

Are girls treated differently than boys? Yes, but only during crises. In India, for example, the excessive mortality rate of girls, relative to boys, spikes during droughts. So, in extreme circumstances, improved access to health services would disproportionately help girls, even if parents do not change their behaviour toward them. This flies in the face of mounting evidence of female foeticide, infanticide and pervasive neglect of girls in education, and wage disparities in some of the more affluent northern states in India. In fact, the selective abortion of female foetuses, usually after a first born girl, has increased over the past few decades, and has contributed to a widening imbalance in the child sex ratio. Cultural taboos prevent women from reporting, for example, gynaecological disorders unless they become acute. So we are far less sanguine about improved access to health services as a by-product of growth –a somewhat dubious proposition in itself – benefiting girls and women disproportionately.

At all level of incomes, women do the majority of housework and care and, correspondingly, spend less time in market work. Constrained in these ways, they are more likely to be engaged in informal but hardly remunerative home-based enterprises. So if economic development frees their time, they are more likely to switch to more productive activities. But this overlooks the imperfections of credit markets that deny them credit for being not creditworthy. Besides, social norms restrict their mobility.

Are labour market outcomes likely to be more favourable? A recent World Bank study (2015) is far from reassuring. It reports that in the workplace, females earn between 20 per cent and 80 per cent lower average wages than do males, depending on the country. Evidence from India’s Labour Bureau is more definitive. The data show that there has been little progress in terms of parity of salaries for men and women for equivalent work. Even more alarming is the fact that, in some spheres of activity in rural areas, the divide has widened. As of 2013, the discrimination in wages paid to women tends to be higher in physically intensive activities (such as ploughing and well-digging), but lower in the case of work such as sowing and harvesting.

So development alone will not accomplish much –indeed, much less than conjectured by Duflo – in empowering women. She doesn’t of course overlook the case for affirmative action to ensure greater participation of women in the political, economic and social spheres. But she remains sceptical of women’s empowerment contributing substantially to development as women are not always the best decision-makers.

Let us consider two examples from her research in which women made a positive contribution to development.

In an earlier but highly influential study (with Chattopadhyay) of Panchayats (village councils) in two Indian states, headed by women elected through quotas, it is demonstrated that these Panchayats invest more in infrastructure that is directly relevant to the expressed development priorities of women. In West Bengal, for example, where women complained more often than men about water and roads, the Panchayats invested more in water and roads. In Rajasthan, where women complained more often about drinking water but less about roads, the councils invested more in water and less in roads. Whether such choices would have been made in the absence of quotas for women heads of Panchayats is highly unlikely. Besides, there may be dynamic gains through changes in male attitudes towards women as decision-makers. Questions, however, remain about complaints by women as a preference revelation mechanism in a rural setting, as also about women Panchayat heads’ autonomy or ability to ignore or circumvent investment allocation priorities handed down from “above”.

In a test of whether income in the hands of women of a household has a different impact on intra-household allocation than income in the hands of the men, she found that pensions received by women in South Africa translated into better nutrition for girls. In contrast, no such effect was found when the pension was received by a man and no corresponding effects were obtained for boys.

Duflo is, however, far from convinced that women generally make the best decisions for development and thus there is a real risk of exaggerating their contribution. The fact that returns on loans given to women to run small enterprises are lower (or even zero) relative to those run by men is not conclusive evidence of women entrepreneurs’ inefficiency. This is a muddled inference for two reasons: as noted by her, women are often compelled to engage in home-based but hardly remunerative enterprises by their family responsibilities and binding time constraint. Relaxation of not just this but other constraints enhances their returns substantially.

A recent World Bank study (2015), as a synthesis of empirical evidence, is illuminating.

Women running subsistence-level firms are prone to external pressures to divest some of the cash from loans or grants to relatives or household expenses.

Evidence shows that women’s demand for saving accounts is high. A review of nine randomized field experiments in countries covering different regions (including Kenya, Philippines, Nepal and Guatemala) shows that savings are a promising way to improve rural women’s productivity. In Western Kenya, for example, women with access to savings accounts invested 45 percent more in their businesses and were less prone to sell business assets during health emergencies.

Capital in-kind (e.g. a physical asset such as livestock) works better than in cash to nudge women to keep the money in the business rather than to divert it for household use or pass it on to relatives.

Many of women’s additional constraints can be overcome by simple, inexpensive adjustments in programme/intervention design.

Women enjoy greater autonomy if they are able to use mobile money services to conduct financial transactions in private, receive reminders to save and obtain information on prices in real time without having to travel long distances.

Panel household survey data for Bangladesh, covering a twenty-year period, show a beneficial effect, greater for females than for males, of 20-year cumulative microcredit borrowing on household per capita income and the reduction of extreme poverty.

Business skills matter. A vocational training programme in slums in New Delhi imparting skills in tailoring enhanced employment, self- employment and earnings of women but attrition rate was high due to lack of child care support and distance.