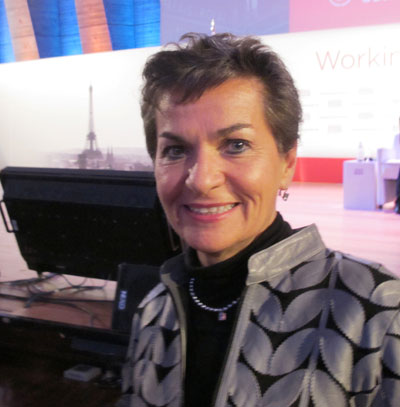 PARIS, Dec 2 2015 (IPS) - Recognizing that agriculture plays a significant role in global warming, farmer associations say they want to offer solutions, and they’re urging governments to include them in negotiations during the United Nations Climate Change Conference taking place Nov. 30 to Dec. 11 in Paris.

“Farmers and foresters are on the frontline of climate change,” says the World Farmers Organisation (WFO), an international body of agricultural producers that has a special focus on smallholder concerns. 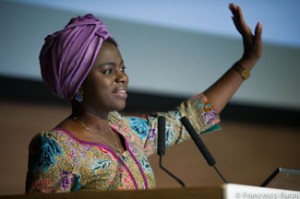 “Their lives and livelihoods are directly affected by its impact, and they are also vital to implementing many of the solutions we need to help delay and deflect it. Therefore, farmers must be involved in developing climate change mitigation and adaptation strategies,” the group adds.

Agriculture is estimated to be directly responsible for 13.5 per cent of global greenhouse gas emissions (through methane from animal digestion and nitrous oxide from agricultural soils, among other sources), and indirectly for another 17 per cent of emissions “due to the fact that agriculture is a major driver of deforestation and land-use change.”

Experts say that the clearing of tropical forests and rain forests to get more land for grazing and farms is actually responsible for an extra 2.8 billion metric tons of CO2 emissions annually.

On Tuesday, governments and food and agriculture groups announced various cooperative initiatives that are aimed at both protecting the long-term livelihoods of millions of farmer and reducing greenhouse gas emissions.

The initiatives focus on four key areas: soils in agriculture, the livestock sector, food losses and waste, and sustainable production methods and resilience of farmers.

Notable among them are improved programmes to reduce food loss and waste which, if successful, should lead to reductions in agriculture emissions, as global food waste and loss also produce greenhouse gases.

During the talks – or COP 21 (the 21st Conference of the Parties to the United Nations Framework Convention on Climate Change – farmers will additionally hold several symposiums to put forward their recommendations for keeping global warming below 2 degrees Celsius by cutting emissions.

“Climate scientists have determined that temperature increases should be limited to 2 degrees Celsius to avoid causing irreversible damage to our planet,” the WFO says. “To achieve this, global emissions need to peak by 2015 and decline thereafter reaching a reduction of 50 per cent by 2050. At the current pace temperature increases will more likely be around 3 – 5 degrees Celsius.”

The WFO acknowledges that the agricultural sector “holds a large mitigation potential, mainly through reduced deforestation, soil management and increased productivity.” It adds that “farmers and foresters are well aware of the need to both mitigate and adapt to the adverse effects of climate change.”

The agricultural sector can further be part of the solution “due to its vital role in carbon sequestration, including through crops and pasture for livestock,” the organization stresses, referring to the long-term storage of carbon dioxide to either defer or mitigate global warming.

The farming component at COP 21 has particular importance because “agriculture, climate change, food security and poverty reduction are inextricably linked,” the WFO says. This link “is unique to the agricultural sector, and therefore, deserves proper recognition.”

Among its recommendations, the group calls for supporting “climate-smart agriculture” in international negotiations and developing a “positive incentive-based approach” together with farmers and cooperatives.

With the latter, farmers who voluntarily implement sustainable farming practices could be rewarded under national policies, for instance, as associations believe that incentives rather than penalties may have a greater long-term effect.

The WFO also calls for significantly raising “the investments in agriculture” particularly in developing countries and for greater recognition of the “specificity of the agricultural sector” since the emissions come from processes “aimed at producing food for the society.”

Some activists have said that the real solution lies in the world moving to a vegetarian diet, and they charge that the environmental impact of animal farming has been greatly underestimated.

While a 2006 study by the UN Food and Agriculture Organization (FAO) suggested that 18 per cent of annual global greenhouse gas emissions could be traced to livestock farming, some experts have said that the figure is much higher.

The WFO says that the gases emitted from the farming sector are from “inherently variable, biological processes linked to all kinds of agricultural production.”

The group’s president, Evelyn Nguleka, will be involved in several discussions during COP 21. In a Dec. 9 symposium titled “Agriculture in a Post-Kyoto Terrain,” to be presented in association with the World Organization for Animal Health, the WFO will ask “how can agriculture be best positioned in a post-Kyoto regime?”

The symposium organizers plan to argue that “properly positioning agriculture will be central to meeting the planet’s food security, nutritional, and energy needs”, and they will present “climate-smart agriculture as the necessary paradigm change.”

Other events during COP 21 include an international conference on agriculture and climate, organized by the WFO, the French Agriculture Council and other bodies. Countries such as Malawi, Indonesia and Argentina will be represented, with scientists providing information on the subject.

“Farmers are, without a doubt, part of the solution to climate change and can support governments with their expertise in the implementation of a 2015 agreement,” the WFO says.