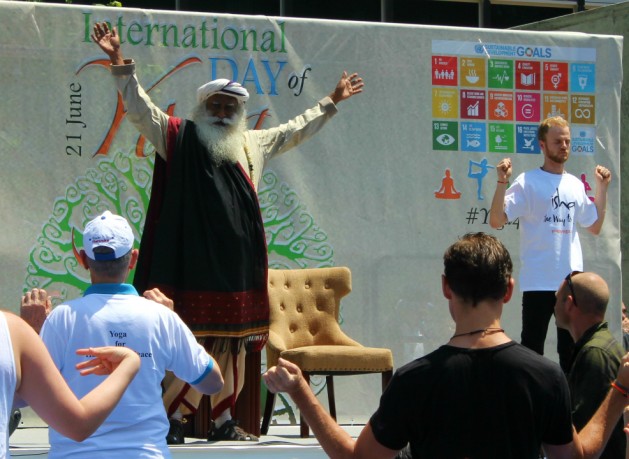 UNITED NATIONS, Jun 21 2016 (IPS) - The word yoga means “unite” in Sanskrit, and the Indian government hopes that the ancient practice will help United Nations member states to work together to achieve the Sustainable Development Goals (SDGs).

“How can (we) transform the world without transforming human beings?” asked Vasudev, who is also founder of the Isha Foundation, an international non-profit organisation. “It is only by transforming individuals that a change in the world can be achieved.”

“How can you have a peaceful world if you do not know what inner peace is?” he added. “Yoga is the search for human wellbeing. When you address human wellbeing in a scientific way, that is yoga.”

Syed Akbaruddin, India's Permanent Representative to the UN. "At its core, yoga is as much about mindful thought as it is about mindful action."

Sadhguru’s approach of combining scientific yoga with human wellbeing is part of a long history of yoga being used to promote large-scale socially, sustainably, and culturally appropriate health, education, and environment projects.

One of them is the Project Green Hands, an initiative set up in 2004 with the target of planting over 25 million tree saplings.

“Yoga means that you can transcend the limitations of physical nature and go beyond the form that we are. Once this becomes a living experience, sharing and living together will become a common experience everywhere.”

The Indian yogi continued – “Our common idea of profit is very short term […] But no matter what kind of business we are running, we should turn the customer into our partner, the employee into our partner. Essentially business should be about human well-being.”

The annual celebrations were organised by India’s Permanent Mission to the United Nations. 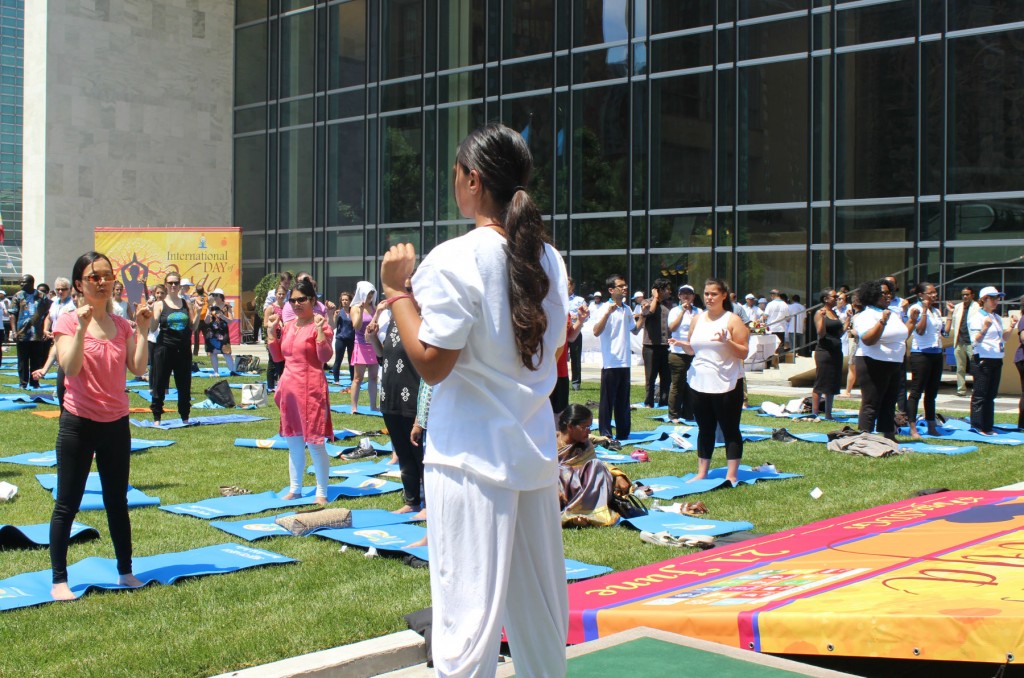 “Yoga, is much more than a physical regimen.” said Syed Akbaruddin, India’s Permanent Representative to the UN. “At its core, yoga is as much about mindful thought as it is about mindful action.”

These two yoga pillars – continued Akbaruddin – have a direct bearing on our collective responses to global problems and raising a global consciousness about the 17 SDGs.

“Practicing yoga can also help raise awareness of our role as consumers of the planet’s resources and as individuals with a duty to respect and live in peace with our neighbours.”

“All these elements are essential to building a sustainable future of dignity and opportunity for all.”

In 2014, the United Nations General Assembly adopted a resolution to proclaim June 21 as the International day of Yoga co-sponsored by a 170 member-states. That decision showed the importance of yoga’s social, health and educational aspects.

Not only has yoga gained increasing popularity among youth and adults in different parts of the world, it is also linked to a healthier lifestyle and choice of living.

“Yoga means union between body and mind, between us and other human beings, and between human beings and nature, and it is because of this interdependence and interconnection that we are able to save problems,” said Germán A Bravo-Casas, President of the UN Yoga Club.

“If we are optimistic and change within ourselves”, said Bravo “than we will be able to solve catastrophes such as the contamination of the oceans, climate change, over-population, hunger and poverty”.