The writer is a senior research fellow at the Institute of Development and Economic Alternatives and an associate professor of economics at Lums, Lahore.

Jul 1 2016 - I WAS a graduate student in Canada in 1995 when Quebec held a referendum to decide whether it wanted to remain a part of Canada or become independent. Parti Québécois, arguing for secession, was in power in Quebec at the time and the sentiment for separation was very strong in the province.

The province was deeply divided and emotions were running high. For the separatists, it was an opportunity of a lifetime — in fact, for many of them it was the culmination of a lifetime of work to bring Quebec to the point of a referendum. For those who wanted to stay with Canada and for those who lived in other provinces of the country (the latter were not voting in the referendum, of course) even the prospect of a break-up was traumatic. 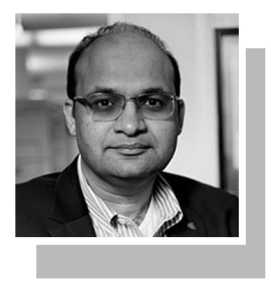 The vote was held on Oct 30. Separatists lost by a mere 54,000 odd votes. Voter turnout was almost 94 per cent. A mere 0.4pc swing in vote could have given the separatists a victory in the referendum.

One can imagine the agony of those who had worked all their lives for a vote for separation. They were so very close; yet, in the end, they lost by the smallest of margins imaginable.

I walked the streets of Montreal as the results came in. It was quite a night. With every small victory or defeat, there were cheers or tears. Announcement of the final results brought a tremendous outpouring of emotions.

But, and here is the point of this article, at no point during the night of changing fortunes were there any signs of trouble in Quebec. There was no rioting or fighting between rival camps. Even when the final results were announced, and there was tremendous jubilation in one camp and anger and depression in the other, there were no incidents of violence across the province.

The law and order situation was normal the next morning too. Businesses opened as usual and daily activities continued. There was a spate of retirement/resignation announcements from Parti Québécois leaders and people knew that the case for separation had been buried for quite sometime, but the results were accepted and society moved on.

Whatever one’s views on the Brexit vote, there was a mature acceptance of the results.
Since the vote had been lost by a mere 54,000 odd votes, there were some voices that asked for recounts and talked about the unfair role that the federal government had played in the build-up to the vote and there were even some voices that talked of vote fraud, but, by and large, all government and important players accepted the results and moved on over the course of the next few months.

If the separatists had won on that day it is unlikely the aftermath would have been as smooth: the federal government might not have accepted the results, questioning the legality of the referendum as the sole means of deciding on secession or any announcement of freedom from the provincial government. But, we will not know about this as the country did not go down this path that day.

I was in the United Kingdom last week when the European Union membership referendum took place. The build-up to this referendum was a lot more divisive. The result was expected to be close and so the campaigning by both sides was hard. The general impression was that the UK would vote to remain in the EU; but the results were different. The turnout was more than 70pc and it would have needed a 2pc swing in vote to make the other side win. So, though the vote was close, the win, for people wanting to be out of the EU, was not a small one.

As the results started coming in on the night of June 23, there were celebrations in one camp and a lot of depression in the other. Given the result, it was expected that there would be consequences. Markets reacted early the next day. The pound lost a lot of value and the stock market also took a hit. But this was expected. Prime Minister David Cameron’s statement helped calm nerves. He accepted the vote and the decision of the people. He said this was not the direction in which he wanted to lead the UK and so would, after due process, step aside and let the voters pick new leaders for the future, but he would work in the interim to ensure that the transition was smooth.

There have been quite a few incidents of racism that have been recorded in the UK since the results were announced. There is a high level of uncertainty that immigrants and workers, especially from Europe, face at the moment. Politicians from all sides have condemned the incidents, and the authorities have taken action in cases where they have been called in. This trend will, hopefully, go back to the baseline very quickly.

A lot of things are still very unclear and will need to be worked out. Leaving a union such as the EU will take a lot of work and can only be achieved over a period of time. New laws have to be made, new treaties have to be negotiated and new processes have to be put in place.

Leaving the union does not mean the UK will not have trade and other relations with the EU. But the basis for these relations will have to be worked out. And a lot of this work will have to be done through negotiations as there are no existing blueprints for exits from unions. And this process will be disruptive and will have costs for the people of Britain and Europe.

But, again, the lesson from the referendum, was about how the vote was handled, the maturity with which the result was accepted and the handling of the aftermath. There are a lot of lessons here for our democracy.

The writer is a senior research fellow at the Institute of Development and Economic Alternatives and an associate professor of economics at Lums, Lahore.