Germán Velásquez is the Special Adviser for Health and Development of the South Centre. 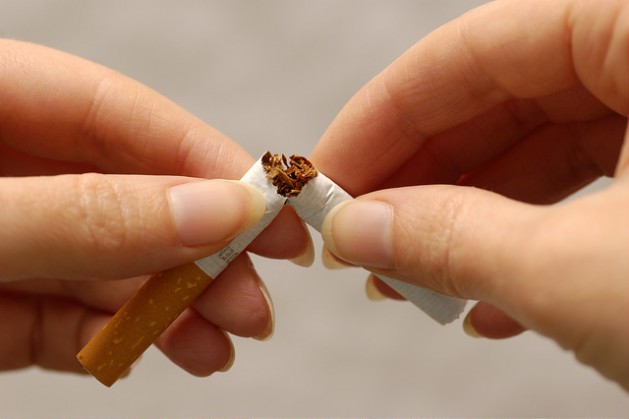 GENEVA, Aug 22 2016 (IPS) - In a landmark decision that has been hailed as a victory of public health measures against narrow commercial interests, an international tribunal has dismissed a claim by tobacco giant company Philip Morris that the Uruguay government violated its rights by instituting tobacco control measures.

The ruling had been much anticipated as it was the first international case brought against a government for taking measures to curb the marketing of tobacco products.

Philip Morris had started proceedings in February 2010 against Uruguay at the International Centre for Settlement of Investment Disputes (ICSID) under a bilateral investment treaty (BIT) between Uruguay and Switzerland. The decision was given on 8 July 2016.

Under the BIT, foreign companies can take cases against the host state on various grounds, including if its policies constitute an expropriation of the companies” expectation of profits, or a violation of “fair and equitable treatment” These investment treaties and arbitration tribunals like ICSID have been heavily criticised in recent years for decisions favouring companies and that critics argue violate the right of states to regulate in the public interest.

In this particular case, the tribunal gave a ruling that dismissed the tobacco giant’s claims and upheld that the Uruguayan pro-health measures were allowed.

President Tabaré Vázquez of Uruguay, responding to the ruling, stated on 8 July:: “We have succeeded to prove at the International Centre for Settlement of Investment Disputes that our country, without violating any treaty, has met its unwavering commitment to defend the health of its people… From now on, when tobacco companies try to undermine the regulations adopted in the context of the framework tobacco convention with the threat of litigation, they (countries) will find our precedent.” 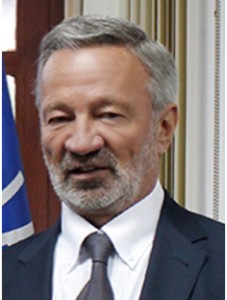 Philip Morris International (PMI) started legal proceedings against Uruguay’ government at the International Centre for Settlement of Investment Disputes (ICSID), based at the World Bank, in February 2010. This was the first time the tobacco industry challenged a state in front of an international tribunal.

Philip Morris claimed that the health measures imposed by the Ministry of Health of Uruguay violated its intellectual property rights and failed to comply with Uruguay’s obligation under its bilateral investment treaty (BIT) with Switzerland.

Two specific measures were contested by Philip Morris. The first measure was the Single Presentation Requirement introduced by the Uruguayan Public Health Ministry in 2008, where tobacco manufacturers could no longer sell multiple varieties of one brand. Philip Morris had to withdraw 7 of its 12 products and alleged that the restriction to market only one variety substantially affected its company’s value.

The second measure contested by Philip Morris was the so-called “80/80 Regulation”. Under a presidential decree, graphic health warnings on cigarette packages should cover 80 percent instead of 50 percent, of the packaging, leaving only 20 percent for the tobacco companies’ trademarks and advertisement.

Uruguay adopted strict tobacco control policies to comply with the World Health Organization’s Framework Convention on Tobacco Control (WHO FCTC), in light of evidence that tobacco consumption leads to addiction, illness, and death.

According to the Ministry of Health, since Uruguay introduced its tobacco control programme in 2003, its comprehensive tobacco control campaign has resulted in a substantial and unprecedented decrease in tobacco use.

From 2005 to 2011 per person consumption of cigarettes dropped by 25.8 %. Tobacco consumption among school-going youth aged 12­17 decreased from over 30 percent to 9.2 percent from 2003 to 2011. Ministry of Health data also indicate that since smoke-free laws were introduced, hospitalization for acute myocardial infarction has reduced by 22 percent.

Since this was the first international litigation, the case is highly important for similar debates taking place in other forums, like the World Trade Organization, where some states are being challenged by other states for their tobacco control measures. It is a significant victory for a state facing commercial threats by tobacco companies fighting control measures.

The decision is supportive of states that choose to exercise their sovereign right to introduce laws and strategies to control tobacco sales in order to protect the health of their population.

This is a David against Goliath victory. The annual revenue of Philip Morris in 2013 was reported at $80.2 billion, in contrast to Uruguay”s gross domestic product of $55.7 billion. The international lawyer and practitioner in investment treaty arbitration Todd Weiler stated in a legal opinion that: “the claim is nothing more than the cynical attempt by a wealthy multinational corporation to make an example of a small country with limited resources to defend against a well-funded international legal action.”

An important aspect of the case was that the secretariats of the World Health Organization and the WHO Framework Convention on Tobacco Control (WHO FCTC) submitted an amicus brief during the proceedings.

The brief provided an overview of global tobacco control, including the role of the WHO FCTC. It set out the public health evidence underlying Uruguay’s tobacco packaging and labelling laws and detailed state practice in implementing similar measures.

This is a David against Goliath victory. The annual revenue of Philip Morris in 2013 was reported at $80.2 billion, in contrast to Uruguay''s gross domestic product of $55.7 billion
The Tribunal accepted the submission of the amicus brief on the basis that it provided an independent perspective on the matters in the dispute and contributed expertise from “qualified agencies”. The Tribunal subsequently relied on the brief at several points of the factual and legal analysis in their decision.

In accepting submission of the amicus brief the Tribunal noted that given the “public interest involved in this case”the amicus brief would “support the transparency of the proceeding”.

The Tribunal ruling upheld that Uruguay could maintain the following specific regulations:

Prohibiting tobacco companies from marketing cigarettes in ways that falsely present some cigarettes as less harmful than others.

Requiring tobacco companies to use 80% of the front and back of cigarette packs for graphic/pictures of warnings of the health danger of smoking.

According to expert Chakravarthi Raghavan there are several specific legal findings of the panel ruling, including:

This is a landmark ruling because it supports the case that it is the sovereign right not only of Uruguay but of States in general to adopt laws and regulations to protect public health by regulating the marketing and distribution of tobacco products.

It is hoped that many other countries, which have been awaiting this decision before adopting similar regulations, will follow Uruguay’s example.President Vázquez said it is time for other nations to join Uruguay in this struggle, “without any fear of retaliation from powerful tobacco corporations, as Uruguay has done.”

Nevertheless, there is still a lot of public concern worldwide about the role that bilateral investment treaties has played in curbing the policy space of countries, including for health policies. There have also been serious concerns about the rulings made by other tribunals of ICSID and other arbitration centres, which have favoured the claims of companies and imposed high monetary awards against states. In the case of Philip Morris versus Uruguay, the tribunal’s ruling was correct in supporting the state’s right to regulate in the interest of public health. But the concerns in general are still valid. Other tribunals in other cases may or may not be so sympathetic to the public interest.

This is a reduced version of the article published in www.southcentre.int.