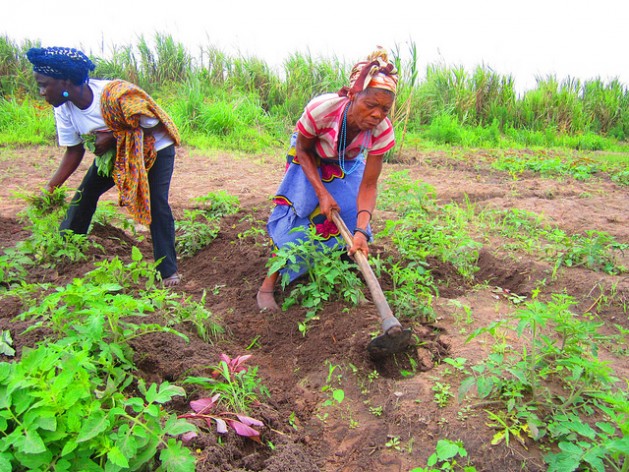 UNITED NATIONS, Sep 28 2016 (IPS) - With malnutrition continuing to afflict one in nine people globally, the UN has appointed 29 global leaders to help tackle the problem head on.

‘’It is unacceptable that in a world of plenty that nearly 800 million people still suffer from hunger, this represents a collective moral and political failure,’’ UN Secretary-General Ban Ki-moon said at a special Zero Hunger event held on the sidelines of the UN General Assembly last Friday.

Fortunately, noted Ban, some progress has been made.

“(The) global population of undernourished people has fallen by nearly 70 million since 2012’’ said Ban.

However, the problem of addressing global nutrition has also become more complex. Medical Journal the Lancet reported in March 2016 that “We now live in a world in which more people are obese than underweight.”

Amid efforts to improve global nutrition, Ban appointed 29 global leaders, ahead of the Zero Hunger event, to act as pillars of the Scaling-Up Nutrition movement (SUN) aimed at eradicating malnutrition.

The SUN movement, comprised of 57 countries and three Indian States, has helped ‘’drive awareness as both a maker and marker of sustainable development, with the appointment of these new leaders, we will create even greater momentum in the fight to end all forms of malnutrition by 2030,’’ said the Chair of the SUN movement lead group, Anthony Lake.

"Zero hunger can be part of a reality, hunger should not be a part of our collective global history’’. -- Ertharin Cousin, WFP.

The impact of climate change has greatly undermined efforts towards eradicating hunger and malnutrition as well as establishing sustainable and resilient food systems, said José da Silva, Director General of the Food and Agricultural Organization (FAO).

The El Nino effect in Africa has set the continent back 10 years in terms of improving nutrition and reliable food systems, said Da Silva.

For example, the El Nino impact in the southern region of Madagascar, coupled with a locust attack, has exposed over 600,000 people to near famine. Da Silva emphasised the need for sustainable solutions over more immediate solutions such as cash transfers and food aid. Joint efforts by the FAO and the World Food Program (WFP) are currently underway to revive local market structures and development, invest in local water management systems to curb soil erosion and prepare for planting season before the next El Nino which is anticipated for mid-October. He expressed the need for funding for these efforts to bear fruit.

The European Union (EU) has pledged 3.5 billion dollars, since 2014, geared towards reducing stunting in 7 million children by 2025 according to EU Commissioner on Cooperation and Development – Neven Mimica. The EU’s latest Nutrition Progress Report shows significant progress in their focus countries.

Mimica added that placing women and children at the center of food policies, training farmers in sustainable techniques and other resilience building policies have proven to be beneficial.

For instance, Rwanda has reduced undernutrition by over 13 percent in the last decade. These approaches have also shown promising results in Ethiopia, Niger, Guatemala and Central African Republic, said Mimica.

The Executive Director of WFP, Ertharin Cousin conveyed the need to support innovation that would ultimately result in exponential change by keeping ‘’the youth bulge that is on Africa’s doorstep’’ interested and involved.

‘’Agriculture provides that sexy opportunity that the youth is looking for,’’ says Cousin.

The bulk of the speakers at the Zero Hunger event echoed that in order to accomplish the targets of the Sustainable Development Goal 2 of Zero Hunger, it is crucial to foster strong alliances, form strong partnerships, inspire radical innovations, involve more youth, recognize the critical role played by businesses and ‘’keep farming sexy’’.

Cousin aptly states that, “zero hunger can be part of a reality, hunger should not be a part of our collective global history’’.