Zakri Abdul Hamid is science advisor to the Prime Minister of Malaysia, serves on the UN Secretary-General’s Scientific Advisory Board, and on the Governing Council of a new UN Technology Bank for Least Developed Countries. He co-chairs Malaysia's Global Science and Innovation Advisory Council, and was the founding Chair of the UN's Intergovernmental Platform on Biodiversity and Ecosystem Services

KUALA LUMPUR, Malaysia, Oct 3 2016 (IPS) - Given the enormity of the challenges confronting humanity, the world’s investment in science, technology and innovation is woefully inadequate. 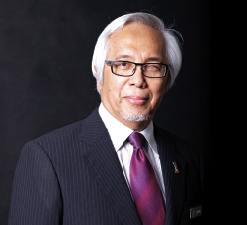 That was a key message I helped deliver Sunday September 18 to Ban Ki-moon in a summary report of the UN Secretary-General’s Scientific Advisory Board — a group of two dozen scientists from around the world who met with Mr. Ban for one final meeting in New York before he steps down December 31.

In 2014, we had been asked to take stock of global challenges and provide recommendations related to science, technology and innovation (STI) that would enlighten the work and decisions of the United Nations.

And, at the end of our mission, the SAB’s labelled science an essential component – in many cases the bedrock – of an effective strategy for policy and decision-making that deserves to be valued more highly and used effectively at all levels and at three crucial phases: understanding the problems, formulating policies, and ensuring that those policies are implemented effectively. “Science,” the report says, “makes policy out of brick, not straw.”

Science is indeed a “game changer,” a good example being faster-than-expected improvements in the efficiency of solar panels and wind turbines, raising the hope that the world can reduce its dependency on fossil fuels thanks to scientists and engineers. However, to become the game-changer it could be in dealing with nearly all of the most pressing global challenges, science requires more resources.

This simply is not enough given the literally vital interests at stake. We have called on all countries, even the poorest, to invest at least 1% of their GDP on research. And the most advanced countries should spend at least 3%.

Reinforcing science education, most especially in developing countries, and improving girls’ access to science courses, must also be part of the effort. To ensure a continuing flow of creative scientists, countries should strongly promote education in science, technology, engineering, and mathematics for all children beginning at an early age.

Meanwhile, science should be accorded greater weight in political decision-making. To quote the report: “Decisions are often taken in response to short-term economic and political interests, rather than the long-term interests of people and the planet.”

Illustrating the point well: almost 25 years passed between the scientific community sounding its first alarm about climate change and the world’s adoption, in December 2015, of the Paris Agreement on that subject.

Enabling fair access to and the effective worldwide use of data has emerged as a new area in which the UN can play an important role.

The burgeoning flow of scientific data – the data revolution – has great potential for good if its availability, management, use, and growth are handled effectively.

The United Nations and its agencies can facilitate the gathering of all types of data while overseeing both quality and access. In its report, the SAB also calls for international collaborative projects in this area.

One other point worth underlining: Science has value beyond issues that are essentially “scientific.” To quote the report: “When tensions arise among nations, their leaders can respond far better if they understand and agree upon the scientific evidence for the root causes of those tensions.”

Our report was presented to Ban Ki-moon by Irina Bokova, Director-General of UNESCO, who chaired the Scientific Advisory Board.

It is hoped that whoever this year earns the trust of UN member nations and assumes the mantle of Secretary-General will promote the messages of this report internationally and help ensure that they’re accorded the importance they deserve.