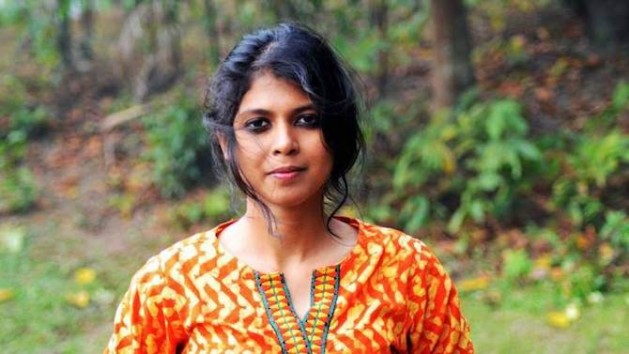 NEW DELHI, May 1 2017 (IPS) - “It’s not what you say that prompts it—it’s the fact that you are saying it,” says Mary Beard, a Cambridge University classics professor about online trolling. “If you venture into traditional male territory, the abuse comes anyway. It is the many ways that men have silenced outspoken women since the days of the ancients.”

Women professionals in many countries across Asia and the Pacific have increased their number in the newsrooms, according to a study, but they still represent only three out of ten news staff. Even with this low representation, they have now breezed into the male bastion of hard stories, among them politics, corruption, conflict, governance, environment with confidence and impact.

“Shaming and harming women is an age-old practice, except that real time information sharing through technology makes the outreach far greater and the damage huge.” --Dilrukshi Handunnetti

They speak their mind, put forth their opinion and debate knowledgeably and vigorously with readers on matters of import on social media platforms.

Shammi Haque, a Dhaka blogger, received death and rape threats and an email from an Islamic extremist group that claimed the killing of  six Bangladeshi bloggers which said,  “Since the Islamic  Sharia (law) views working of women outside their homes without purdah (head cover) as (a) punishable offense, their employers are guilty to the same degree. We are urging the media to release their women from their jobs.”

In India, as part of an anti-trolling campaign by national daily Hindustan Times, Harry Stevens and Piyush Aggarwal set out in April to demonstrate how hard it is to be an outspoken woman on Twitter. They gathered a week’s worth of tweets sent to four prominent Indian women journalists. Out of these Barkha Dutt, a television veteran, received 3,020 abusive tweets, and Rana Ayyub, a Muslim, received 2,580 hateful tweets, often coloured by Islamophobia.

Internet trolls have had a free run in the region for at least six years now. Women journalists who tackled trolling and abusive comments on social media by ignoring or blocking the persistent trolls, now find that stalking and direct threats of attack have increased, forcing them to seek legal recourse or police protection.

“Journalists’ safety is a precondition for free speech and free media,” says the Organization for Security and Co-operation in Europe (OSCE).

Female journalists, bloggers and other media actors are disproportionally experi­encing gender related threats, harassment and intimidation on the Internet, which has a direct impact on their safety and future online activities.

Twitter threats like “I’m going to cut off your head and rape it” have been directed even at the sexagenarian Mary Beard.

About the vitriolic abuse she faces, Dutt asks, “Why isn’t anyone discussing the marriages, divorces, and affairs of my male colleagues? Why the fixation with my private life? Because the public scrutiny of women – and especially those of us who are proudly ambitious and fiercely independent – is very different from the standards used to measure men. And the subtext is always sexual.”

“Cyber bullies are the same as goons who threaten in real life,” psychiatrist Samir Parikh says.

The personalized online abuse women journalists get for doing only what is expected by their professional job “can make them feel traumatized, helpless, angry and very frustrated,” says Parikh. “In some, it can even cause self-esteem issues, affect social life and lead to symptoms of depression, anxiety and panic attacks. For women, the abuse and threats of violence are often openly sexist and sexual, which makes them tougher to deal with.”

“(Online) it is possible to cloak one’s identity and attack individuals in the most unethical and harmful manner,” says Dilrukshi Handunnetti, an editor in Colombo. “Shaming and harming women is an age-old practice, except that real time information sharing through technology makes the outreach far greater and the damage huge.”

It does little to ease the trauma for journalists to know that trolling correlates with psychopathy, sadism, and Machiavellianism, according to a 2014 empirical personality study. Other studies found boredom, attention seeking, revenge, pleasure, and a desire to cause damage to the community among motivations for trolling.

But some interviewed trolls viewed their online comments not as harassment, but as a needed counterweight to opinions and news items they believe are flawed, according to the Committee to Protect Journalists (CPJ).

As threats get too dangerous to ignore, women journalists are being forced to seek recourse from the law, despite their misgivings about how the law is framed and doubts about whether law-enforcing agencies can ensure speedy and sensitive investigation.

An Online Harassment Social Media Policy drafted March 2016 by the International Federation of Journalists (IFJ) lays out a road map for media houses to protect journalistic voices, create safe online spaces for open and respectful debate, and deal with abuse and harassment faced in particular by female staff.

Among the mechanisms to ensure digital safety and freedom from harassment, the road map calls for a special cyber cell in media organizations that equip women journalists particularly, with legal awareness and resources. When the harassment is extreme, measures must also include physical security, legal hand-holding, and support to pursue police complaints and psychological support and trauma counseling.

Meanwhile, a Byte Back handbook for women journalists being cyber-bullied gives out handy advice – ignore, filter, block, report and if it gets worse, name-and-shame, shout it out, and don’t forget to save and document abuse.