NEW DELHI and PHILADELPHIA, Oct 31 2017 (IPS) - Undernutrition is widespread and a key reason for poor child health in many developing countries. In Sub-Saharan Africa, around 40 percent of children under the age of five suffer from stunted growth, that is, severely reduced height-for-age relative to their growth potential. Stunting is a result of periods of undernutrition in early childhood, and it has been found to have a series of adverse long-term effects in those who survive childhood. It is negatively associated with mental development, human capital accumulation, adult health, and with economic productivity and income levels in adulthood.

The central premise is that agricultural development has enormous potential to make significant contribution in reducing malnutrition and the associated ill health. With its close links to both the immediate causes of undernutrition (diets, feeding practices, and health) and its underlying determinants (such as income, education, access to WASH – water, sanitation and hygiene- and health services, and gender equity), the agriculture sector can play a strong role in improving nutrition outcomes.

Women are vitally important agents, both in their roles as producers and as custodians of household welfare. Their importance, moreover, is generally greater in the lowest-income settings and among households with high dependency ratios—in which a large proportion of household members are nonearning and often nutritionally vulnerable dependents.

The resources and income flows that women control often have positive impacts on household health and nutrition. In some countries, women tend to lack access to economic opportunities outside the domestic sphere to which traditional customs often confine them, especially in rural areas. They are also very often severely constrained by time and the multiple—often simultaneous—roles they play as producers and caregivers. Agricultural programmes and policies that empower and enable women and that involve them in decisions and activities throughout the life of the programme achieve greater nutritional impacts. 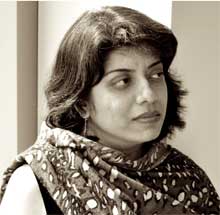 Although women comprise more than 50% of the agricultural workforce in most of the Eastern and Southern Africa (ESA) region, the productivity gap between men and women farmers persists. To illustrate how wide the gap is, in Tanzania, Malawi, and Uganda narrowing the gender gap in agricultural productivity has the potential of raising the gross domestic product by USD 105 million, USD 100 million, and USD 65 million, respectively (IFAD,FAO and WFP, 2015). Women farmers typically use lower levels of purchased technological inputs, such as fertilizer and high-yielding seed varieties. That women lack access to these key technological inputs explains a significant portion of the productivity gap. They are often hesitant to adopt these technologies if they do not control the benefits that accrue from adopting. Moreover, women also face unique challenges, due to their lifecycle and reproductive roles, which further influence their participation on- and off-farm.

In Kenya, new varieties of sweet potatoes rich in beta-carotene were introduced to women farmers with an end goal of improving vitamin A intake of young children, thereby preventing vitamin A deficiency. There was a significant increase in the intake of vitamin A-rich foods, among children whose mothers received both the production-focused intervention of planting materials and access to agricultural extension services, and the consumption-focused intervention of nutrition education and training in food processing and preparation. By contrast, there was a decrease in vitamin A intake among children whose mothers received only the production-focused inputs. This example suggests that: (a) women’s farm production offers an entry point for interventions that can improve nutrition; and (b) interventions that increase women’s agricultural productivity and increase their health and nutrition knowledge may yield more benefits than ones that target only productivity or only knowledge.

In Ethiopia, a women-focused goat development project was expanded to include interventions to promote vitamin A intake, nutrition and health education, training in gardening and food preparation, and distribution of vegetable seeds. Goat owning households consumed all produced milk; 87% by the adults as hoja; children in the participating households had slightly more diversified diets; they were also more likely to consume milk more than 4 times a day. As substitutions occur between foods, in the absence of anthropometric indicators, nothing definitive could be inferred about improvements in child nutrition.

Women’s employment in agriculture has positive impacts on nutrition in the household when women have decision-making power over resource allocation. In Uganda, for example, evidence from randomized controlled trials showed positive impacts from biofortified crops, including orange-fleshed sweet potato, on vitamin A status among women and children. Ownership of livestock was associated with better household food security in Kampala. However, there were mixed impacts on the links between women’s empowerment, intrahousehold decision-making, and better nutrition outcomes.

Failure to understand cultural norms and the gender dynamics within the household can result in unanticipated outcomes. In the Gambia, for example, a project geared to increasing women’s rice production was so successful that the land it was grown on was reclassified internally within the household. This resulted in output from that land being sold by men as opposed to women. Women therefore lost their original income stream, but remained committed to increased labour.

Vegetables and legumes are often regarded as women’s crops. Recognizing this, a project in Togo was successful because it promoted the introduction of soybeans as a legume rather than as a cash crop. Promotion as a cash crop would have resulted in the crop switching to male control. Interventions promoting the production of animal source foods also assessed their impact on maternal income or women’s control over income. The results were quite mixed. For example, an intervention involving intensified dairy farming in Kenya showed that an important share of the additional income was controlled by women, whereas in Ethiopia men’s incomes benefited significantly more from intensified dairying than did women’s. Whether women’s income is likely to increase depends on the livestock or aquaculture production system, the nature of the intervention, and cultural beliefs and practices relating to gender. Even if the intervention is targeted to women’s livestock and aquaculture activities, women lose control over the income generated by those activities.

In conclusion, it is arguable that there are improved impacts on nutrition if agricultural interventions are targeted to women and when specific work is done around women’s empowerment (for example, through behaviour change communication), mediated through women’s time use, women’s own health and nutrition status, and women’s access to and control over resources as well as intrahousehold decision-making power. That this may be dismissed out of hand is not unlikely either, given the persistence of male dominance.