STOCKHOLM, May 7 2018 (IPS) - Africa has long been one of the world’s most beleaguered continents – singled out mostly for its conflicts, political and economic instability, rising poverty and hunger, inequalities and its environmental challenges.

And in international circles, it is described as “Afro-pessimism.”

Far too often, he said, the world views Africa through a prism of problems. “But when I look to Africa”, he predicted last month, “I see a continent of hope, promise and vast potential.”

According to UN projections, Africa is expected to account for more than half the world’s population growth over the next 35 years. More than 30 per cent of Africa’s population is between the age of 10 and 24, and will remain so for at least the next 20 years.

“With the right investments, these trends could be the region’s greatest asset,” said former Secretary-General Ban Ki-moon. 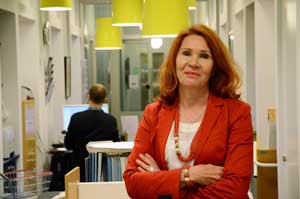 With 55 years of study and research, the Nordic Africa Institute (NAI), based in Sweden, has an equally positive view of Africa.

In an interview with IPS, NAI Director Iina Soiri and NAI head of research and governance specialist Victor Adetula, provided an assessment on the current situation in Africa.

Adetula told IPS the UN Secretary-General was right when he expressed the view that Africa has a vast potential for success.

“We are happy that world leaders are beginning to appreciate Africa in positive terms. We at the Nordic Africa Institute have always pointed out that there is hope for Africa despite all the challenges. Our knowledge production processes and outcomes, as well as other forms of intellectual engagement on the continent, run against the Afro-pessimism that is chanted in some quarters. For us, our knowledge of Africa makes us to have hope for Africa.”

Soiri pointed out that diversification of Africa’s image and promotion of the notion that Africa is “so much of everything” rather than just reduced to one image, this is our mission at NAI.”

IPS: Do you think that most African countries would succeed in achieving the UN’s 17 Sustainable Development Goals (SDGs), including hunger and poverty alleviation, by the 2030 deadline? What would be the reasons if they falter in their goals? 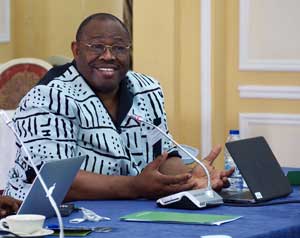 Adetula: First, the UN’s 17 Sustainable Development Goals (SDGs) are not exclusively for Africa. Admittedly, the risks are far more for African countries due to a number of challenges. It is interesting however that the lessons of MDGs are being addressed in the SDGs, and there is hope there would be significant improvement in the performance of the African countries, particularly those that have made concerted efforts to synchronise the SDGs goals with their national development plans.

Soiri: The SDGs are global goals that oblige the whole global community. I would also like to point out that Africa on the continental level has its own Vision 2063, as well as national SDG plans. It is important that all countries are given support to enable implementation of the SDGs using their own strengths and analysis.

IPS: What is the biggest single political problem facing African nations? Lack of good governance or lack of financing for development?

Adetula: It is not so much a good idea to reduce the challenge of African countries to two issues, or to label them as political, economic, social etc. based on the historical experiences of other regions. However, it suffices to point out that the challenges in Africa have their causes in both the internal systems in the various African countries that are not supporting good governance, and the international environment which has become increasingly unfavourable to Africa.

Soiri: Again, countries in Africa differ greatly when it comes to governance systems in place. We again need to go into national level and address specific challenges. But as regards to financing for development, that is a problem shared by many African countries, as well as the whole global community.

IPS: Has there been a failure on the part of Western nations to fulfil their commitments on Official Development Assistance (ODA) to Africa?

Adetula: The ability of Western nations to meet up with their commitments on Official Development Assistance (ODA) to Africa cannot be the root cause of Africa’s development challenge. New knowledge has proved this assumption to be wrong that aid can produce autonomous development in Africa. Of course, we should admit that effective global partnership a way to go to promote global development. This needs to be influenced and driven by positive values of equality, fairness, and justice.

Soiri: At the moment, it is clear that financial commitments to match with the requirements of SDG agenda are still lacking drastically behind. Here, I would like to point out that instead of focusing only on ODA and other financial flows to Africa, more effort needs to be done curb illicit financial flows out of Africa and support domestic resource mobilisation. We need to rethink the whole structure of financing for development which has been dominated by ODA reported to OECD-DAC and open up the debate on all financial flows and transactions, to continue the so called Beyond Aid –debate.

IPS: Guterres recently warned that while poverty elimination is a shared priority across two agendas—the UN’s 2030 Agenda for Sustainable Development and the African Union’s Agenda 2063 – there are “significant gaps that persist”, particularly with regard to industrialization, water, energy, infrastructure and the environment. Do you agree with this assessment?

Soiri: It is no news that huge gaps persist. What is most important is to facilitate knowledge and analysis capacity, strengthen countries’ own systems and capacity to own the development processes and allow national debate on the priorities. When a lot of things are missing, we need to first decide where we start to look for and for what – thus national consensus is essential how to go about national development plans.

And as there exist wide sentiments of grave inequality in how the resources have been used and overused until now, Africa needs to get more say when the future agreements on resource utilisation are made.

IPS: The UN says the majority of undernourished people in Africa live in conflict-affected countries, where hunger is almost twice as high when the crisis is protracted – advocating for stronger commitment by governments, the AU and the UN to promote peace, human rights and sustainable development? Any thoughts?

Adetula: The world is witnessing increase in violent conflicts and some new forms of violence, including those associated with globalisation processes. At the individual country level, good governance in terms of effective service delivery can help scale down the level of violence in Africa. Global governance and global partnership such as cooperation between the AU and the UN is a useful way to go.

Soiri: Many research has shown that there is a strong causality between conflicts and underdevelopment. Therefore most important is to solve the conflicts in order to create conducive environment for development efforts. But how conflicts are solved and peace agreements signed has a paramount importance for how the post-conflict development will succeed. Most important is to allow inclusive peace process which translates to inclusive long lasting state building.

IPS: What key role can the Nordic Africa Institute play in helping advance the political and economic transformation of Africa?

Soiri: During its 55 year of existence, the Nordic Africa Institute has been both the sign of and key for Nordic countries continued engagement in development of Africa. We embody our societies’ interest to continue investing in betterment of African peoples. Via our research and knowledge production and dissemination, we enlarge understanding of African key development challenges and their solutions and deepen decision-makers’ knowledge on best practices to contribute successfully for the development and conflict resolution.

We also build Africa’s own knowledge production capacity with our guest research programs, partnerships and joint research and conference activities, and translate and disseminate African aspirations and analysis for Nordic audiences. We are the only Africa research center in the whole world that surpasses national borders and bring together the whole Nordic region to study, analyse and develop Africa with a specific policy relevant mission – to contribute for the improvement of African people’s lives and educate our own citizens on importance on Africa.

Our library is the biggest resource hub for African social sciences literature in Northern Europe, and by using modern technology some of its resources can be accessed almost everywhere in the world, alleviating the chronic lack of academic and development related resources in the African continent.