Ambassador Amina Mohamed EGH, CAV is the Cabinet Secretary for Education in the Government of Kenya and co-chair of High Level Platform for Girls Education. Siddharth Chatterjee is the United Nations Resident Coordinator to Kenya. 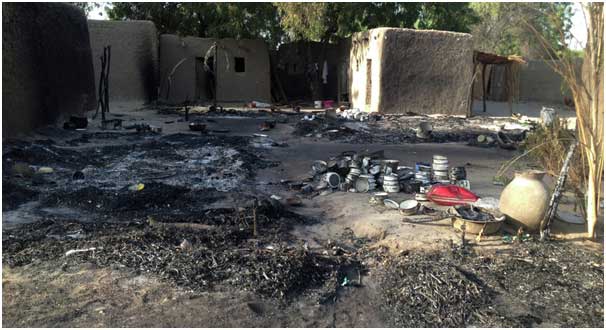 Boko Haram has killed over 5,000 and displaced more than 300,000 people, according to US-based think tank Council on Foreign Relations. Credit: Stephane Yas / AFP

The majority of suicide bombers used by terror group Boko Haram to kill innocent victims are women and children, US study reveals.

The incident only highlighted a growing trend of young girls joining extremist groups and carrying out violent acts of terrorism globally.

In a recent survey conducted on suicide bomb attacks in Western Africa, UNICEF found that close to one in five attacks were carried out by women, and among child suicide bombers, three in four were girls.

May 15 marks the International Day of Families, and this year’s theme focuses on the role of families and family policies in advancing SDG 16 in terms of promoting peaceful and inclusive societies for sustainable development.

With terrorism posing a clear and present threat to peace today, and the recent trend where terrorists are using female recruits for increasingly chilling perpetrator roles, it is a good time to examine the various ways in which we are pushing our daughters towards the perilous guile of terror groups. 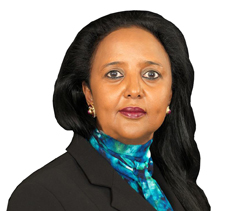 Online and offline, terror groups are deliberately seeking to attract women, especially those who harbour feelings of social and/or cultural exclusion and marginalization.

The Government of Kenya has focused on the often-overlooked promise of girls’ education. The young girl of today has higher ambition and a more competitive spirit. She no longer wants to go to school and only proceed to either the submissive housekeeper role, or token employment opportunities like her mother very likely did.

She wants a secure, equal-wage job like her male classmates, to have an equal opportunity to making it to management positions, and access to economic assets such as land and loans. Like her male counterparts, she wants equal participation in shaping economic and social policies in the country.

This is why education is a prime pillar in Kenya’s National Strategy to Counter Violent Extremism, which was launched in September 2016. The strategy aims to work with communities to build their resilience to respond to violent extremism and to address structural issues that drive feelings of exclusion.

Kenya has done relatively well in balancing school enrolment among genders. What young women now need is to feel that they have a future when they come out of the educational process. According to a recent survey by Kenya National Bureau of Statistics (KNBS), only about a third of Kenyans in formal employment, are women. 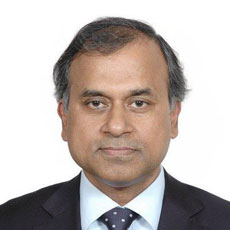 Although Kenya does not have a separate policy for girls’ education, the country has put in place certain mechanisms to guarantee 100% transition from primary to secondary education. This policy will address the existing hindrances to girls’ education and particularly, transition from the primary to secondary level where Kenya has a 10% enrollment gender gap.

Globally, it is estimated that if women in every country were to play an identical role to men in markets, as much as US$28 trillion (equal to 26 percent) would be added to the global economy by 2025.

Quality education for the youth must not only incorporate relevant skills development for employability, but for girls we must go further to provide psychosocial support. Already, girls and women bear the greater burden of poverty, a fact that can only provide more tinder if they are then exposed to radicalization.

According to estimates, the return on one year of secondary education for a girl correlates with as high as a 25% increase in wages, ensuring that all girls get at least secondary education in sub-Saharan Africa, would reduce child marriages by more than half.

All these demonstrate the cyclical benefits, from one generation to the next, of education as an intervention strategy. The Kenyatta Trust for example, a non-profit organization, has beneficiaries who are students who have come from disadvantaged family backgrounds. President Kenyatta the founder of the Trust says, “my pledge is to continuously support and uplift the lives of all our beneficiaries, one family at a time.”

For success a convergence of partners is crucial, spanning foundations, trusts, faith based organizations, civil society, media and to work with the Government to advance this critical agenda.

The UN in Kenya is working with the government to understand the push and pull factors that lure our youth to radicalization. One such initiative is the Conflict Management and Prevention of Violent Extremism (PVE) programme in Marsabit and Mandera counties, supported by the Japanese Government.

The project, being implemented in collaboration with the National Counter Terrorism Centre (NCTC), National Cohesion and Integration Commission (NCIC) and the two County Governments, is part of the larger Kenya-Ethiopia Cross-border Programme for Sustainable Peace and Socio-economic transformation.

UN Women and UNDP in Kenya are also working with relevant agencies to establish dynamic, action-ready and research-informed knowledge of current extremist ideologies and organisational models.

To nip extremism before it sprouts, we must start within our families, to address the feelings of exclusion and lack of engagement among girls who are clearly the new frontier for recruitment by terror groups.