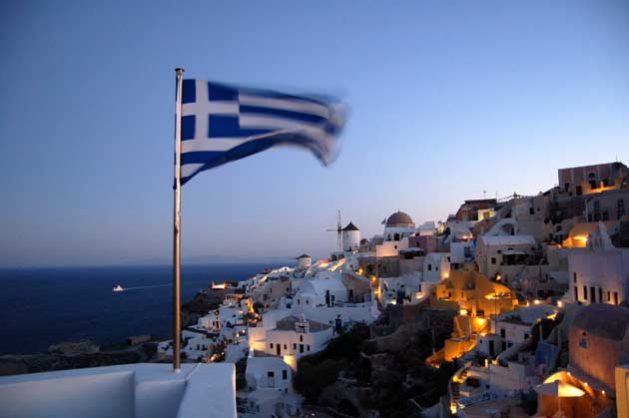 A Greek flag waving in the locality of Oia, Greece. Credit: Matt Artz on Unsplash

ROME, Jun 8 2018 (IPS) - Seven years after being on the verge of a financial collapse, Greece is now seeing better times. Its economic accounts have clearly improved but what is not under the spotlight is how the Greek people are still paying for the effects of the crisis.

During these past years, the country has achieved some partial gains. It is the first time, since 2011, that economic accounts of Greece are so encouraging that the country is looking with some optimism to the month of August 2018 when the last phase of European aid will be over definitely.

The purchasing power of the people has fallen by approximately 29% and unemployment has reached 23% for adult workers and, a stunning 40% for young people

Among the most significant levers of the Greek recovery is the increase of its exports. In particular, the production and sale of liqueurs, as well as the car industry are both stimulating growth. Tourism remains a pillar of the Greek economy. In 2017, it was 17% higher than the year before.

However, despite these positive signs, the reality on the ground is bitter sweet. The purchasing power of the people has fallen by approximately 29% and unemployment has reached 23% for adult workers and, a stunning 40% for young people. Greece might not risk that default that was feared a few years ago but the ordinary people are facing tough challenges even to meet some basic needs such as covering rents and paying bills.

The people in general are far from being out of the crisis. However, while living this situation of high unemployment and uncertainty about their future, the Greeks have started, during these past few years, to turn back to the land in order to earn money.

Agriculture is the main sector that has not suffered in a substantial way and, has been constantly showing (relatively) positive signs. According to the Panhellenic Confederation of Unions of Agricultural Cooperatives, during the first years of the crisis, between 2008 and 2010, agriculture created 32,000 new jobs and the majority of these jobs were taken up by Greek nationals.

Those who owned a plot of land, in some cases inherited, on a small island or in the countryside, decided to leave the dramatic situation in Athens and return to their lands to work on ecotourism or farming. 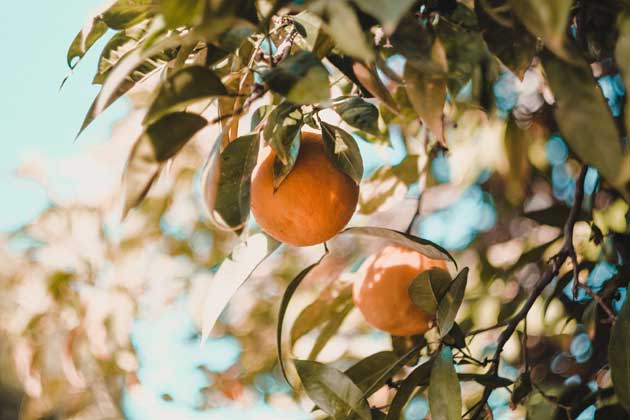 Additionally, many young people started to show interest in the faculties of agriculture, as applications for such courses tripled in the past few years. However, among those who decided to abandon the urban areas to live and work in the rural ones, the majority are aged between 40 and 60 years old. The majority of these people had lost their jobs just before retirement, waiting to receive their pension.

According to the Food Sustainability Index (FSI) 2017, which was developed in collaboration between the Barilla Center for Food and Nutrition (BCFN) and the Economist Intelligence Unit with the objective to “promote knowledge on food sustainability”, Greece earned a positive score in sustainable agriculture.

The FSI ranks 34 countries according to their food system sustainability. It aims to highlight issues across three pillars: food loss and waste, sustainable agriculture and nutritional challenges. Despite having only a mid-level score for food loss and waste, and minimal scores for the policy response to food loss, “Greece earned a high score for sustainable agriculture, with a strong performance for the air category (GHG emissions), and for sub-indicators such as diversification of agricultural system, land ownership and sustainability of water withdrawal serving to bring up the score in the land and water categories”.

When considered in conjunction with the water scarcity situation of the country, this high score in the agricultural sector gains an additional prize. Indeed, according to the FSI, the average number of months of freshwater scarcity in Greece is six and despite that, the country has been able to maintain a high level of performance in the sector.

Not surprisingly, Greece has recently showed interest in sharing its high expertise and level of innovations in agro-technology with Qatar in a bid to develop and support the tiny Gulf country’s agriculture sector and self-sufficiency initiatives.

Greece’s third bailout is due to expire in August 2018 and the Hellenic country aims to return to a path of growth after years of crisis and uncertainty. During the Fourth Agricultural Business Summit, which took place in Larissa on May 3, 2018, organized by The Economist under the auspices of the Greek Ministry of Rural Development and Food, experts and policymakers gathered to discuss the priorities and challenges that need to be resolved as of 2018 and beyond in the field of agriculture in relation to business.

The analysts discussed if Greece could play a leading role in South-East Europe and whether the Greek Agribusiness sector will be able to transform uncertainty into stability, competitiveness and growth.

It is hard to forecast with accuracy the outcome of the next following months and years but, the fact that the Greek establishment (academia, businesses, policymakers, etc.) is showing its willingness to act and implement a concrete roadmap to end the crisis through the SDG Agenda, means that the country strongly believes in Agenda 2030which is the driving force to start growing again.

In addition, a study, published by SEV Business Council for Sustainable Development and conducted by the Climate Change and Sustainability Services Practice of Ernst & Young in Greece highlighted “to identify the current status in Greece, regarding the level of awareness, readiness and willingness of Greek companies towards integrating the SDGs in their strategy”. One of the key findings of the study brings some optimism for the future of Greece.

Beginning in August 2018, the economic system of Greece will once again have to walk on its own legs. Many analysts believe that the commitment of Greek authorities in the past few years in planning and implementing a sustainable agenda will help Athens to develop in the next future without the support of the EU and IMF.

By the end of 2018, we will undoubtedly have the first answers to this dilemma and the 2019 elections will also tell us if the Greek people view the government’s efforts of the past few years as the best it could do and achieve.