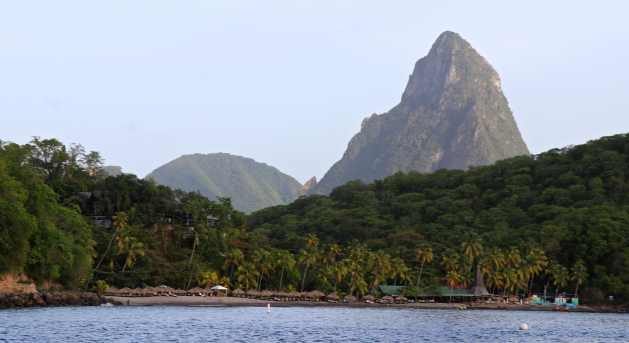 CASTRIES, St. Lucia, Jul 9 2018 (IPS) - Wildlife conservationists consider it to be one of the most striking parrots of its kind. Saint Lucia’s best-known species, the endangered Amazon parrot, is recognised by its bright green plumage, purple forehead and dusty red-tipped feathers. But a major conservation organisation is warning that climate change and a lack of care for the environment could have devastating consequences for Saint Lucia’s healthy ecosystems and rich biodiversity, including the parrot.

Sean Southey chairs the Commission on Education and Communication (CEC) of the International Union for Conservation of Nature (IUCN).

He told IPS that urgent action is needed to safeguard the eastern Caribbean island nation’s biodiversity, which is under constant threat.

“As you drive across the landscape of St. Lucia, you see a landscape strewn with old plastic bags," Sean Southey, chair of the Commission on Education and Communication.

Though less than 616 square kilometres in area, St. Lucia is exceptionally rich in animals and plants. The island is home to more than 2,000 native species, of which nearly 200 species occur nowhere else.

Other species of conservation concern include the pencil cedar, staghorn coral and St. Lucia racer. The racer, confined to the nine-hectare island of Maria Major, is thought to be the world’s most threatened sake.

But he said it was not too late to take action, and he urged St. Lucia and its Caribbean neighbours to take advantage of their small size.

“The smallness of islands allows for real society to get involved. What it means is helping people connect to the environment,” Southey said.

“It means that they need to know and feel and appreciate that their individual behaviours make a difference. Especially the biodiversity decisions [like] land use planning. If you are going to sell your family farm, do you sell for another commercial tourist resort, do you sell it to make a golf course or do you sell it to [produce] organic bananas? These are the type of individual decisions that people have to make that protect an island or hurt an island,” he said.

Southey added that thoughtful management of mangroves and effective management of shorelines, “can create natural mechanisms that allow you to cushion and protect society from the effects of climate change.” 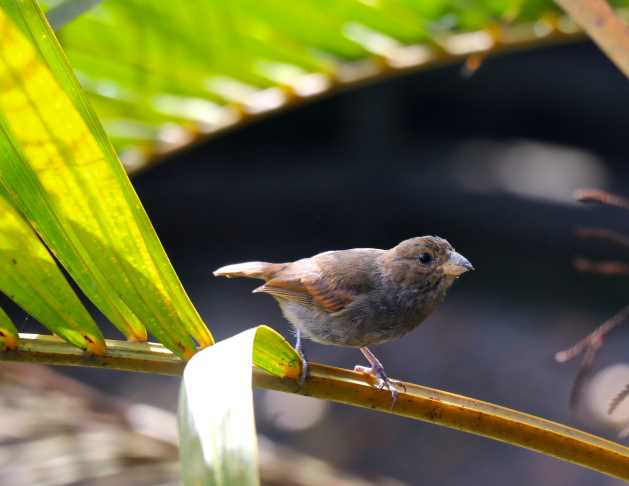 St. Lucia is exceptionally rich in animals and plants. The island is home to more than 2,000 native species, of which nearly 200 species occur nowhere else. Credit: Desmond Brown/IPS

The CEC chair said recent extreme weather events have forced people in the Caribbean to understand climate change more than inhabitants from other countries in the world do.

“If you’re over the age of 30 in the Caribbean, you’ve seen a change in weather patterns. It’s not a story that you hear on the news, it’s a reality that you feel during hurricane season every year. So I believe there is an understanding,” he said.

In September 2017, Hurricane Irma tore through many of St. Lucia’s neighbouring islands, including Barbuda.

The category five hurricane wreaked havoc on Barbuda’s world-famous frigate bird colony. Most of the 10,000-frigate bird population disappeared in the immediate aftermath of the hurricane that destroyed the mangroves in which they nest and breed.

While many countries in the Caribbean are working on building natural barriers and nature-based solutions in response to climate change, Southey still believes there needs to be a greater strengthening of that sense that people can actually do something to contribute.

In June 2016, Antigua took the lead in the Caribbean with a ban on the commercial use of plastic bags.

The island’s environment and health minister Molwyn Joseph said the decision was made in a bid to reduce the volume of plastic bags that end up in the watercourses and wetlands.

“We are giving our mangroves a fighting chance to be a source of healthy marine life, that can only benefit us as a people,” he said.

Antigua also became the first country within the Organisation of Eastern Caribbean States and the second within the Caribbean Community, to ratify the Nagoya Protocol to the Convention on Biological Diversity (CBD).

The Nagoya Protocol provides a transparent legal framework for the effective implementation of one of the three objectives of the CBD: the fair and equitable sharing of benefits arising out of the utilisation of genetic resources.

On Jul. 3 this year, one of the Caribbean’s largest supermarket chains launched a campaign to discourage the use of single use plastic bags for bagging groceries at its checkout counters, while actively encouraging customers to shop with reusable bags as a more eco-friendly option.

Managing director of Massy Stores St. Lucia Martin Dorville said the company is focused on finding more permanent solutions to reducing plastic waste and its own demand for plastic bags.

He said the decision to encourage customers to use less plastic was bold, courageous and will help manage the adverse impacts of single use plastic on the environment.

“I am very thrilled that one of the number one supermarkets has decided to ban all plastic bags. It’s a small behaviour but it helps everyone realise that their individual actions make a difference,” Southey told IPS.

“As you drive across the landscape of St. Lucia, you see a landscape strewn with old plastic bags, so I was very appreciative of that. But what I really liked is that when I spent over USD100, they gave me a recyclable bag as a bonus to encourage me to use that as an individual so that my behaviour can make a difference,” he said.

He added that if school children could understand the importance of mangroves and complex eco-systems and the need to protect forests, wildlife and endangered birds “then I think we can make a huge difference.”