Sir Richard Jolly, an eminent development economist, is Honorary Professor, former Director of the Institute of Development Studies at the University of Sussex, UK, and UNICEF Deputy Executive Director (1982-1995) 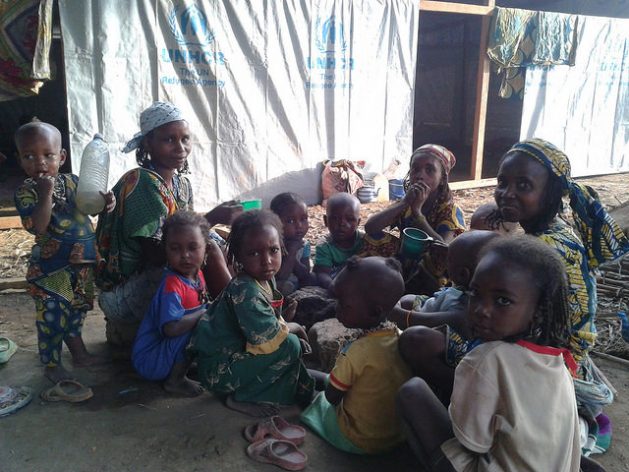 BRIGHTON, UK, Sep 10 2018 (IPS) - What is it like to work for the United Nations? Many probably imagine little more than an almost endless round of boring speeches, bureaucrats and governments discussing and disagreeing over long-standing conflicts with stalemate and few results.

After all, this is so often what one reads about the UN in the newspapers. And it is true that this is a part of what takes place in the UN buildings in New York or Geneva.

However, such activities are only a small fraction of what the UN does. In contrast to debate in the Security Council and the General Assembly, most of the UN’s work and most of the UN’s staff – 80% or more –are engaged in things more practical, more positive and much less fraught.

These include health, agriculture, education, culture, employment, technology, economic development with a focus on children, women and human concerns – and a multitude of other issues which countries want to pursue and which make up the agenda of what the UN calls development.

In some of the worst trouble spots of the world, UN activities have to be more basic, providing immediate support for children, women and vulnerable communities caught up in the tragic consequences of violence and destruction. For all its difficulties, even this for the UN has its positive and humane side.

A recently-released honest and forthright memoir— “A Destiny in the Making” by Boudewijn Mohr — tells what working for the UN is like on the frontlines, in a range of different situations and different countries, large and small, poor and rich, many in Africa.

Most unusually, the perspective is that of a banker, who after some 17 years of banking in money making Wall Street and later at the French Bank Société Générale, decides to try something different and gets taken on by UNICEF, the UN Children’s Fund. Initially, there is caution on both sides, the banker wondering whether this is a good career move,

UNICEF wondering what skills the banker can bring which would really be useful. But with emerging experience on both sides, the story becomes a love affair, the banker realizing that he now has the best job in his life, his wife, son and daughter discovering roles for themselves and UNICEF promoting the banker to ever more responsible positions.

There are bits in this fascinating story for everyone. Those wondering about what the UN actually does when working in Africa will find fascinating examples, with frustrations and failures as well as struggles and successes – and uplifting accounts of creativity and commitment by staff, national and international.

Those who have worked for the UN, past and present, may recognize some of the names and situations as well as enjoying the well-told experiences. Everyone will find memorable anecdotes. Even some bankers, I hope, may be led to reconsider their daily preoccupations with money-making and wonder whether it is time for a change.

Boudewijn illuminates his story with colour and detail, enlivened by accounts from his diaries written at the time. Fortunately, he has not edited out frank comments and reactions to some of the less helpful colleagues or officials he has encountered on the way. All this makes for lively reading.

It is also a family memoir, with detail of how Annette, Boudewijn’s wife, developed her own parallel interests and activities, with her anthropologist’s eye for what also was going on and what local people were thinking and feeling.

And their son, Nadim, when not away in school, joined in with his own activities which are recorded. Their daughter Vanessa followed her own multicultural track that included acting in the First All Children’s Theatre of Manhattan and then sociology with study and research in London, Paris and Hanghzou, China.

At a time when it is in vogue to urge governments and non-profits to learn from international business and banking, Boudewijn Mohr’s insightful book offers a different lesson.

It shows how much international business and the banking sector have to learn from the UN and NGOs – about motivation and commitment, about goals focused on human welfare rather than profit, and about broader approaches to efficiency and effectiveness.

The book is a great read –for a wide variety of readers, NGO workers in development, in the UN, people young and old, possibly even some bankers!