Dr Iftikher Mahmood is Founder and President, HOPE Foundation for Women and Children of Bangladesh 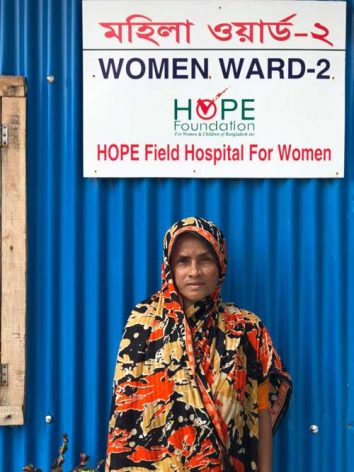 Last month, my organization, the HOPE Foundation for Women and Children of Bangladesh, opened the HOPE Field Hospital for Women in the Kutupalong mega-camp for Rohingya refugees.

Here, the population density is five times above the United Nations’ recommended standard for refugee camps, and there is a dire need for more health services among this vulnerable community.

UN Women estimates that more than half of the refugee population are women and girls—and UNFPA has estimated over 64,000 pregnant women will give birth this year—many of whom have been traumatized and are suffering from injuries caused by fires, brutality, rape, gunshots, and more.

The HOPE Field Hospital for Women is the first to be opened by a Bangladeshi NGO, and the only hospital in the camp that specializes in care for women. But there is another important distinction that we are equally proud of: our field hospital is significantly powered by solar energy, at a scale not seen anywhere else in the camps. 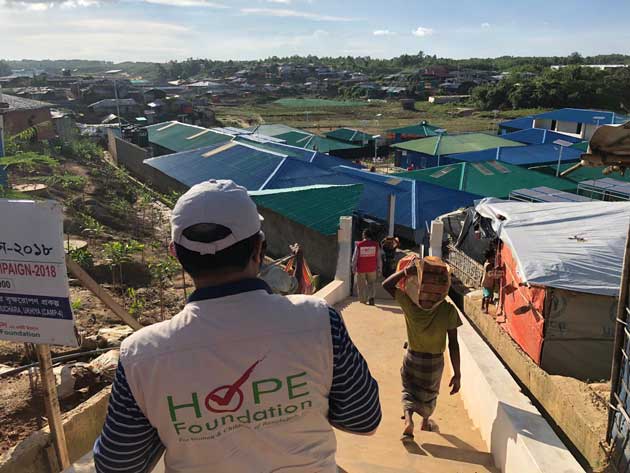 Solar power is unique in its ability to be brought into remote areas, to be pollution free, and to scale easily. Before the new solar installations, there were numerous times when a lack of power put women and children at risk.

One example is during the recent monsoon season, when our midwives found themselves providing care in the dark after flooding brought power outages. They worked in the conditions they had to, but as you would imagine, they were quite concerned that in the dark they might make a mistake that could harm mother or the baby. But, when a mother goes into labor, you can’t exactly tell a baby to wait for the lights to come back on.

It’s not just monsoons that cause loss of power. The hot, humid conditions in southern Bangladesh are often responsible for disruptions to the electrical service.

This is another reason why it was important to HOPE to make sure that solar energy played a key role in powering our new facility. A generous donation from the family foundation of 8minutenergy Renewables’ CEO, called the Abundant Future Foundation, helped us do just that. Five solar-powered clinics, custom-built by SOLARKIOSK in Germany, now power our field hospital’s most important and power-dependent services.

They’re ensuring that labor and delivery rooms stay well lit, that our sterilization units maintain power and that our medications and vaccinations remain refrigerated at the appropriate temperature. We’ve also incorporated solar into other areas of the hospital power grid, using this technology to fuel our indoor lighting as well as lighting around the perimeter of the hospital. 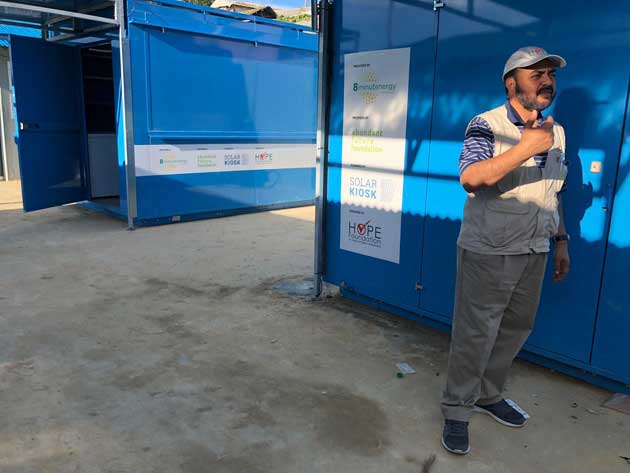 Now, our midwives won’t have to worry about delivering in the dark. And babies who need incubators and specialized care will stay safe and warm.

Nearly one million Rohingya refugees have crossed the border to Bangladesh since the Rohingya influx began a little over a year ago.

This is the world’s fastest-growing humanitarian crisis. The last thing any aid organization wants to have to worry about is loss of power during an operation or a life-saving intervention.

Solar will be a game-changer for our ability to provide high-quality, uninterrupted care, and there is room for growth in this area. Other organizations have utilized solar power on a smaller scale in the camps. For example, UNFPA has distributed solar-powered LED lights to all of the health facilities in the camps that are open 24/7.

But investment in renewable energy on a larger scale could provide a tremendous payoff in terms of lives saved here in Bangladesh, and in refugee camps around the globe. In Jordan last year, UNHCR opened a solar plant in the Za’atari refugee camp, which supports 80,000 Syrian refugees.

In Kenya, you’ll find Africa’s largest solar-powered borehole, providing clean drinking water for refugees in the Dadaab camp in the country’s arid northern border. Renewable energy is good for the planet and the pocketbook, too, reducing emissions and saving precious dollars that aid organizations can apply toward providing critical services and procuring medicines, materials and staff to help alleviate suffering.

The HOPE Field Hospital for Women is the first facility to apply solar technology at such a scale in the Rohingya camps. Hopefully we’re just the first of many.