Confronting the Challenges of Migration in West & Central Africa

UNITED NATIONS, Feb 5 2019 (IPS) - Without a doubt, migration is a defining issue of this century. One billion people, one-seventh of the world’s population, are migrants. Some 258 million people are international migrants, 40 million are internally displaced and 24 million are refugees or asylum seekers.

In 2018, there was no longer a single state that can claim to be untouched by human mobility. 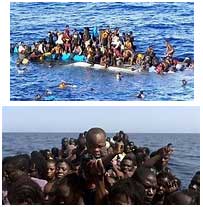 About 423 million people are living in the Economic Community of West African States, a 15-member grouping whose aim is to promote economic integration in a region where the unemployment rate is sometimes 20%—inevitably leading to migration.

The protection of migrants is a core value of the International Organization for Migration (IOM), the UN migration agency. Globally, but especially in the Sahel region, abuses against migrants have grown more frequent along the migration routes. Human trafficking and smuggling exacerbate the vulnerability of migrants, especially those without access to documentation.

The IOM’s Regional Office for West and Central Africa maintains the conviction that anchored IOM’s founding 65 years ago: that all men and women are equal members of the same human family in which freedom, protection and dignity are not luxuries to be reserved for the lucky few but fundamental rights for all humankind.

2.5 million people in need of humanitarian assistance and 690,000 are internally displaced

Migration across the Sahel region is a complex issue, and managing it involves major challenges, including insufficient migration data, weak border management and controls, the recurrent need for humanitarian assistance, irregular migration and human trafficking.

Without effective bilateral or regional mobility agreements, thousands of workers will migrate. 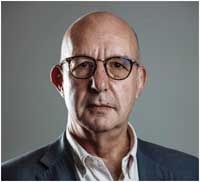 Migration is often associated with poverty, but other factors also drive the phenomenon, including youth unemployment, climate change and urbanization.

Employment-seeking migration accounts for the biggest share of intraregional mobility as youth migrate from one country to another looking for better job opportunities.

Migrants fleeing violence have spilled across the borders of neighboring countries, particularly Cameroon, Nigeria, the Democratic Republic of the Congo, Chad and the Republic of Congo. The current situation represents a challenge not only for the affected countries but also for the region.

In view of this growing crisis, a well-managed, orderly migration framework that incorporates practical, humane and rights-based operational solutions is needed. Strengthening mobility schemes in the region will foster regular and circular migration, allowing people to work abroad legally, return home safely and participate in the development of their communities of origin.

This strategy must also ensure the mobility of cross-border communities, but such mobility raises border management challenges in the absence of effective identity management systems and given limited capacities to ensure surveillance and control over the extensive and porous borders throughout the region.

Stakeholders will have to take coordinated action to address issues such as threats to public health, despoiling of natural resources, the loss of critical years of education and job training.

An increasing number of migrants are reconsidering migration—especially irregular migration—and want to make it at home before taking undue risks by going abroad. Legal channels and regional mobility schemes could help this group.

To ensure the safety of vulnerable populations along migratory routes who lack legal options to migrate or return home, IOM, together with African Member States and the European Union, launched in December 2016 the EU-IOM Joint Initiative on Migrant Protection and Reintegration to provide immediate assistance to stranded migrants along the routes. Almost 40,000 people have received assistance since the launch.

West and Central Africa face some of the world’s greatest challenges—climate change and desertification, displacement due to conflict, galloping population growth and a youth bulge. But thanks to the resilience of the population of almost half a billion, these are also regions of enormous potential.

Sound migration policies and close cooperation among countries within the regions and on the continent with other countries of destination will help realize that potential, as will commitment by all concerned states to implement the new Global Compact for Migration.

The link to the original article
https://www.un.org/africarenewal/magazine/december-2018-march-2019/confronting-challenges-migration-west-and-central-africa