This article is part of a series on the role of civil society organisations (CSOs), which was the focus of International Civil Society Week (ICSW), sponsored by CIVICUS, in Belgrade, April 8-12

Sivananthi Thanenthiran is the executive director of the Asian-Pacific Resource and Research Centre for Women (ARROW), a regional NGO based in Malaysia championing sexual and reproductive health and rights in Asia Pacific. She is also a “SheDecides” Champion for Asia Pacific. 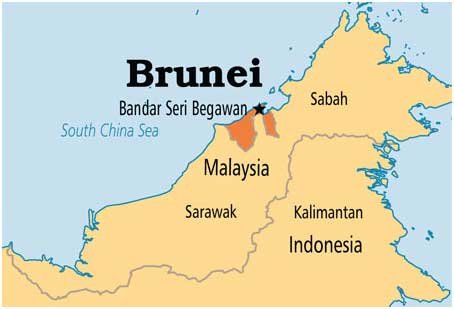 KUALA LUMPUR, Malaysia, Apr 15 2019 (IPS) - Over a week ago – on April 3 – Brunei, the tiny South East Asian kingdom on the island of Borneo, announced its citizens would face the full force of the Shariah law.

The kingdom has decided to implement the death penalty by stoning as a punishment for homosexuality and extramarital relations, despite global outcry from the LGBT community and human rights advocates against this specific barbaric punishment.

Brunei’s adoption of the Sharia law has been in stages. The first phase began on May 1, 2014. Initial phases dealt with misdemeanours such as indecent behaviour, and then moved to meting out punishments of flogging and amputation of limbs for crimes such as theft and robbery.

However, there has been a deathly silence around the other crimes enumerated within the Sharia laws. This may have been largely due to the fact that the monarchy lacks a vibrant civil society tracking – for obvious reasons, analysing and generating data on government laws and policies, and holding the government accountable. 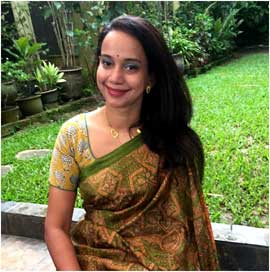 The Sharia penal code was instituted to bolster the Islamic identity of this autocracy of around 430,000 subjects, of which two-thirds are Muslim. The introduction of Sharia at the national level sends chills across the Southeast Asian region.

Already in the autonomous province of Aceh, Indonesia, Sharia laws are fully implemented limiting the dress and mobility of women, and ensuring flogging for a variety of offences is carried out. In May 2017, two gay men were sentenced to be flogged 85 times each for homosexuality, after being filmed by vigilantes.

The Autonomous Region in Muslim Mindanao also hopes to follow suit in instituting some form of Sharia. Some states in Malaysia have already enacted the Sharia code, and in Kelantan, caning was introduced in 2017.

Brunei’s Sharia laws – akin to several Middle Eastern countries, notably Saudi Arabia – cover a variety of crimes, many of which in modern day parlance fall within the personal realm.

These include consensual sex outside of marriage (both premarital and extramarital sex, termed as adultery), consensual sex between people of the same sex (including women, who show signs of sexual conduct though without penetration), attempting to commit adultery (example given as lying on the bed together), close proximity with a person of the opposite sex, causing a miscarriage, pregnancy out of wedlock, as well as variety of non-crimes such as consuming alcohol and eating during the fasting month.

The state obsession with sex, and legislating sex, has been perennial. In the development of modern thought, most of these activities (deemed criminal by the kingdom of Brunei), are considered as private behaviours of citizens.

The Sharia laws infringe on citizens’ rights to privacy – that sexuality and sexual behaviour is a private matter. One’s sexual activities and sexual orientation should be determined by the individual and not the State.

The Sharia laws then serve not only to enforce compulsory heterosexuality, but only marital sexuality – signalling the state’s refusal to recognise citizens’ rights to privacy and self-determination on matters of sexuality.

The burden on women and girls is also exacerbated by such laws. For example, a Muslim woman who is pregnant or who gives birth to a child out of wedlock is guilty of an offence, and can be fined not more than BND $8,000 (1BND = 0.74USD approx) and/or imprisoned for a maximum of two years.

In most of the countries of the world, pregnancy out of wedlock is not a crime in anyway, and harsh punishments on a new mother do not speak of justice tempered with mercy. And should a woman find herself with an unwanted pregnancy, regardless of marital status, she cannot procure an abortion easily.

Both first trimester and second trimester abortion (characterised in the Sharia laws as miscarriage of pregnancy and ‘miscarriage of a foetus’), voluntary and involuntary, are considered as crimes.

These are extremely harsh measures which do not take into consideration women’s lived realities and choices they have to navigate, especially in light of equally harsh punishments for carrying pregnancies to term, if those pregnancies are out of wedlock.

A number of these Sharia laws are applicable to both Muslims and non-Muslims, and in this violates freedom of religion and belief by imposing the laws, beliefs and punishments, of one particular religion on non-practitioners of that religion, to the extent that they can lose their lives for these beliefs.

Theocratic states insidiously apply the machineries of the state to force the state’s religious beliefs on all citizens irrespective of religious affiliation. Freedom of religion must also necessarily include freedom from religion.

The inhuman and archaic punishments enumerated in these Sharia laws – amputation, caning and whipping, stoning in no way demonstrate the golden ideal of justice tempered with mercy. The quality of mercy in meting out punishment is crucial to any society as it means “forbearance to inflict harm, under circumstances of provocation, when one has the power to inflict it.”

Harsh laws hurt people. These Sharia laws then do not testify to puritanical moral rigour: rather they demonstrate the moral failure of the state.