Is Republic of China Still a Permanent Member of the Security Council – Despite its Ouster in 1971? 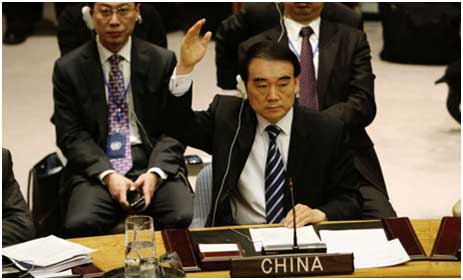 UNITED NATIONS, Apr 5 2019 (IPS) - The Republic of China (Taiwan) withdrew from the United Nations in protest when it was ousted from its highly-prized permanent seat in the UN Security Council (UNSC) about 48 years ago.

But according to the UN charter, it still remains one of the five permanent members of the most powerful body in the Organisation—perhaps much to the delight of the Taiwanese.

The resolution that was adopted by the UN General Assembly (UNGA) back in October 1971 declared the People’s Republic of China (PRC) as the legitimate representative of mainland China paving the way for the immediate takeover of the seat from Taiwan.

Although the Charter has been amended five times—described as a laborious process requiring a two-thirds majority in the 193-member General Assembly— there has been no serious attempts to rectify the UNSC anomaly.

And a second shortcoming in the UN charter is the listing of the Union of Soviet Socialist Republics (USSR) as a permanent member of the Security Council, when it ceased to exist back in 1991, with the Russian Federation assuming the rights and obligations as a successor state.

The five permanent members (P5s) of the UNSC are the US, France, China, UK and the Russian Federation. But the Charter, which looks like a relic of a bygone era, begs to differ.

The PRC, which is politically sensitive to the issue of Taiwan –which it considers a province of mainland China– has been openly critical of the use of the name “Taiwan” at UN gatherings.

At a meeting of the UN Committee on Non-Governmental Organizations (NGOs) last January, the Chinese delegate reprimanded several NGOs, including Human Rights Watch, International Press Institute, Open Society and Reporters Sans Frontiers International, for “not using the correct United Nations terminology for Taiwan” (namely, Republic of China) on their websites.

“If PRC is so sensitive about the issue of Taiwan, how come it has learnt to live with the erroneous listing of ROC as a permanent member of the UNSC for the last 48 years”?, asked one Western diplomat. 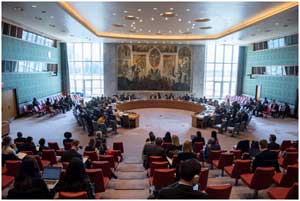 Ian Williams, a longstanding journalist who has covered the UN since the 1980s and is author of “UNtold: The Real Story of the United Nations in Peace and War,” sarcastically posed the question in Shakespearean terms: “What’s In a name?… that which we call ROC by any other name would smell as sweet”.

Referring to the Chinese complaints at the NGO meeting, he said: “Sadly, the UN Charter is not susceptible to a “delete and replace” button.”

It is a much more tedious process than that, he told IPS.

“If Northern Ireland dropped out of the “United Kingdom of Great Britain and Northern Ireland” following Brexit, would London lose its veto in the UN Security Council, since that is what the relevant clause in the Charter calls it?”, asked Williams, a former President of the UN Correspondents’ Association (UNCA).

Luckily for London, he pointed out, the UN has precedents galore.

Any questioning of its status would embarrass Beijing, sitting in the seat reserved for the Republic of China, and Moscow, which says “nyet” on behalf of the USSR (deceased), said Williams.

When the USSR was dissolved it was discreetly and tacitly accepted that no one would mention the change in the nameplate, he noted

“Moscow had assumed the whole Soviet debt, so none of the successor states objected, and since it also inherited the Soviet nuclear arsenal, no one else did either.”

It was a triumph of pragmatism, said Williams, a senior analyst who has written for newspapers and magazines around the world, including the Australian, The Independent, New York Observer, The Financial Times and The Guardian

James Paul, former executive director of the New York-based Global Policy Forum (1993-2012), refers to the discrepancies in the Charter in his recently-released book on the UNSC.

Titled “Of Foxes and Chickens: Oligarchy and Global Power in the UN Security Council,” the book points out that the dissolution of the Soviet Union in late 1991 “provided another act in this strange drama.”

He says a number of successor states came into being, of which the Russian Federation was the largest. It was certainly not the major power that the USSR had been, having a far reduced population and economy.

Although the new state was clearly not the same as the old, the permanent members did not want to open up the “dreaded membership question.”

The answer was a “quick fix,” as the Russians officially took over the Soviet seat. “Crafty stage management had maintained a sense of enduring permanency,” says Paul.

Asked for an official response, UN Deputy Spokesperson Farhan Haq told IPS that for China, the relevant resolution is the 1971 GA resolution, whereas the USSR’s responsibilities were taken over by the Russian Federation as its successor state.

“You are aware that formal amendments to the Charter are a fairly extensive process entailing ratification of those amendments by two-thirds of the members, in accordance with articles 108 and 109 of the Charter,” he explained.

Reaffirming Haq, Paul told IPS that according to Articles 108 and 109, it is difficult to amend the UN Charter.

This is natural in some respects, since constitutions are meant to be stable and not forever changing.

But the big problem of Charter change is not the super majority needed but the ability of the P5 to veto any change if it might erode their interests, he pointed out.

“I am not familiar with the thinking at the time of the changes in the designations of China and Russia/USSR but I can imagine that the goal was to move as quickly, as unobtrusively and as risk-free as possible, into the new arrangement”, he said.

The P5, said Paul, have always opposed Charter changes that would erode their privileges. The Brits and the French claim to support the addition of new permanent members but in fact they are opposed.

Any changes in the UNSC membership arrangements require a change in the Charter. As long as the membership is divided there will not be sufficient political pressure to force change through against the vetoes, he noted.

“When Germany, Japan, India and the other aspirants give up their claims, new possibilities can finally emerge,” he predicted.

Williams told IPS one of the strengths of the United Nations has always been that it does not stick to the letter its own Charter, which, for example, does not mention one of the organization’s busiest departments and functions – peacekeeping.

“Rather it works pragmatically in the face of the difficulty of actually amending the Charter, which is not only tedious organizationally but also a diplomatic quicksand, mostly because of the delicate question of permanent membership and the veto— which can be exercised against any attempt to change the Charter”.

Sometimes, he said, a discreet hush seems the appropriate response. Like the UN Military Staff Committee (MSC) representing the high commands of all permanent members, however named.

The UN website claims that the “MSC remains active in the UN as a cadre of Military Advisors to their government’s diplomats (PRs).” It was met regularly since the foundation of the UN, but has never made a decision or proffered any recordable advice… but it is in the Charter and it would be dangerous to delete the relevant paragraph, said Williams.

Similarly, when Palau, the last remaining Trusteeship territory became independent, it posed the question of what do with the Trusteeship Council mandated by the UN Charter – which even had its own elaborate meeting place.

The French delegate suggested its abolition would raise other questions (which listeners understood to mean the entitlement of France and Britain to a permanent seat) and it was agreed simply to suspend the Trusteeship Council while keeping it nominally in existence.

A year later, at the 50th Anniversary session in 1995, Poland, eager to ingratiate itself with Germany raised in the Assembly the question of the “former enemy states,” the Axis powers that, according to the Charter the P5 could beat up on with legal impunity.

He said the Assembly declared “its intention to initiate the procedure … to amend the Charter, with prospective effect, by the deletion of the ‘enemy State’ clauses from Articles 53, 77 and 107 at its earliest appropriate future session.”

It is not so easy.

Kofi Annan did not even try to get the “Responsibility to Protect” into the Charter. He cunningly got the General Assembly to reinterpret Chapter VII to include the concept. It was the diplomatic equivalent of changing the tablecloth without disturbing the setting, said Williams.

It was a rare feat, and a quarter of a century after the General Assembly deplored the continuing calumny against the former axis powers, they still await the Charter Amendment, and one suspects that the “earliest appropriate session” will be when the Non-Aligned get their act together on Security Council reform and persuade the P5 to go along with it.

“But I will be at the UN watching out for the sight of pigs flying in formation along the East River.”